Where are the Healthy Gender Relations in the Muslim Community? 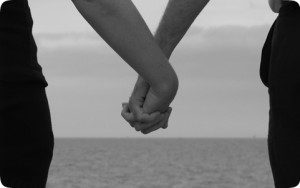 We have failed in engendering healthy gender relations in our community. Face it. I travel throughout the United States, and I see troubling signs of Muslim women unable to get married, primarily because Muslim men have abdicated their social responsibilities.

Muslim men can marry non-Muslims– so they oblige — and Muslim women are stuck.  There are usually few young men around in Muslim community events. You attend any Muslim gathering and find young Muslim women outnumbering young Muslim men usually by a 3:1 ratio.  The young men are non-existent, coping with their own psychosis passed down from our community in their dysfunctional practices. Nothing wrong in integrating within the larger society, as long as it’s not at the expense of fleeing your own community.

I put the majority of the blame on us, their parents, for failing to remove the awkwardness when Muslim guy meets Muslim girl. They never developed healthy interpersonal relationships as adolescents because mosques just aren’t built to do that. The second a family walks into a mosque, the father and sons go to one side and the mother and daughters go to the other. My mosque is different, but it is the exception that proves the rule. The second a young man leaves the mosque, he’s free. The young woman, on the other hand, is stuck.

I was speaking at a university event of Muslim students, and as I was walking into the room, I saw young men and women chattering, chuckling, and just being normal. That’s right, just normal. There was no sex taking place and no inappropriate behavior. So those who act as our religious police, get a grip — just talking. That normalcy is missing in our mosques. We turn into abnormal, asexual and agitated beings when we enter a mosque. Anyway, when I entered the meeting of Muslim students, the guys went to the furthest side of the room away from the women. When I asked why, the answer was that throughout their Muslim upbringing, in Muslim schools nonetheless, it was always awkward for young women and men to mingle. In one Muslim school in Sacramento, the the boys claimed the Imam decreed it haram to talk to girls.

I put the rest of the blame on young Muslim men. Yes, we put enough pressure on them. They were punished in schools because they couldn’t sit still or had so much pent up energy. But parents, and especially mothers, have babied them too much. They are copping out. Here’s the issue now: More young Muslim women are achieving in academics and careers at higher rates than young Muslim men. You find more women doctors, lawyers and even engineers in our community. That intimidates the guys. They can’t handle women achieving when they are struggling in their schools or in finding a profession acceptable to their parents, which typically means being a doctor or lawyer or engineer.

But this idea of the man being the sole breadwinner in the family is very rare, folks. Financial responsibilities are shared now between husband and wife, and so should parental responsibilities. So guys, get over it. If you want to develop machismo, there is nothing more endearing to a woman than a man who can take care of her children and her home. It’s not about taking her out to the fanciest restaurant any more. It’s about taking the kids out so mom can relax, cleaning the dishes after meals and making a gourmet meal for your lover. But still take her out to a fancy restaurant once in a while.

Some guys have another idea on how to manage in finding a wife. Pick one from “back home” and bring her to America, where she will be happy and indebted to you for life. Ah, that doesn’t work all the time — actually, rarely does it work–but to each his own.

If Islam’s essence is justice, then aren’t we violating the essence of Islam when we accept Muslim men marrying non-Muslims while we violently reject Muslim women doing the same? I’m not saying I have the answers, but what I am saying is there needs to be more conversations about this crisis.

Masculinity in this era requires us men to have the courage to weather emotional storms and to confront danger from unhealthy relationships.  The days of exerting physical supremacy and financial prowess are over. Grow some juevos and be a man, as Malcolm X said, by becoming more responsible towards the women in your lives.

Salam Al-Marayati is executive director of the Muslim Public Affairs Council, an American institution which informs and shapes public opinion and policy by serving as a trusted resource to decision makers in government, media and policy institutions. Al-Marayati has written extensively on Islam, human rights, democracy, Middle East politics and the Muslim American communities. You can learn more about his work at www.mpac.org.

January 10, 2013
Don't Fall for the Crazy Fatwa - It's Either False or Just an Opinion
Next Post 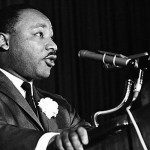 January 21, 2013 Dr. King's Dream, A Presidential Inauguration, and America Today
Recent Comments
0 | Leave a Comment
"Salam. I am going to be blunt and honest with you. Girls who are doctors, ..."
Rubina Ahmed Looking for Love and Finding Awkwardness ..."
"FsyYOU are hate. Period."
Soren A Ramadan Testimonial of Repentance and ..."
"Thank you for sharing this article along with detail information, and you have mention the ..."
wazeer shaik The Path Through Hajj – One ..."
"Tamerlane is considered an oppressor amongst Islamic scholars and an anti-hero in Islamic culture. It's ..."
Ali Inspiration: Star Wars: An Islamic perspective
Browse Our Archives
Related posts from altmuslim