Not Losing My Hijab 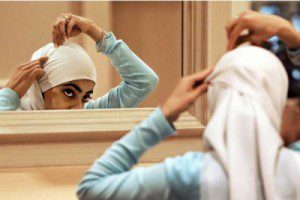 By the grace of God, I met the end of 2012 in a state of blissful contentment. However, this didn’t come without struggle. I was reminded of a particular difficulty I experienced when I was cleaning out my inbox and I came across an unsent email. My heart felt heavy at the memory of how I felt when I wrote it. “It’s been a hell of a year, Sarah,” I thought. “What a way to mark your ten-year hijabiversary.”

I want to give you a heads up about something. I’ve been wondering–very seriously–whether the hijab is still for me. This may be shocking, but I wanted you to be one of the first people to know. I haven’t taken a final decision yet and still have to discuss it with my family. It feels weird, since it’s the first time I’ve thought about it this critically in the ten years that I’ve been doing it. But I have to at least consider it.

I had written the email in the spring of 2012, when I was undergoing immense emotional turmoil and had begun to ponder the question of whether I should continue wearing it. I was not having a crisis of faith. If anything, I had increased my spiritual activity to help me cope during that time. It was, however, a difficult time; so difficult that I could not emerge from it unchanged. I questioned everything about who I was, how far I had come, the friends I had and didn’t have, and what I wanted to do with my life. Everything was fair game, and thus so was the question: is the hijab still for me?

In sorting out my thoughts about it, I started what I called my “hijab journal.” I wrote about my concern that I started it too early (I was 16), that I have made it the defining marker of my femininity, and that it has become excuse for me from getting close to people.

In the preface to the journal, I wrote:

I want to know whether it is causing me to hold back, whether it cannot be a part of me becoming the person I am.

I annotated a prayer:

Ya Allah, guide me, give me clarity, and help me come to a decision that is best for both this world and the Hereafter.

There was a part of me that worried about what my family and the rest of the community would say. Before, that prospect was enough to silence any such thoughts I had about my hijab. But this time, there was too much at stake. It actually did not matter what people would say. None of them knew what it was to be me. I needed to make a decision that I felt true to, whatever that may be.

“Is it still working for you?” A friend asked me, trying to help me sort my thoughts. “Do you feel good with it? You have to think about how it’s benefiting you, how it’s making you feel, and whether it’s getting in the way of your dreams. And then, you have to decide whether it’s time to let go. It’s like a marriage.”

There couldn’t have been a more apt metaphor. I was torn between the deep familiarity with wearing the hijab and the fear that we weren’t meant to be, that the future was something that did not include both of us.

At the same time, however, the question of whether the hijab was “keeping” me from something did not seem like a valid one. How was I to make such a judgment when it had been a part of me for so long? Separating myself from it seemed ludicrous. We were too deeply intertwined. Furthermore, I wanted to want to continue it. One of my journal entries read:

Confused and unsure, I simply waited for the feeling to go away. When it didn’t, I took my best friend’s advice and tried going out in public without it a few times. I went grocery shopping, I went to the library; locations where I knew I wouldn’t run into anyone I knew. I took a short trip to a different city and spent the first day walking around as bareheaded as I was in my middle school years.

It was slightly convenient to not have to adjust it all the time, to not worry about an extra article of clothing. But apart from that, nothing was different. I was still me. I was still brooding, drowning in sadness. Furthermore, I realized that I wasn’t the sort of person who was going to change internally because of an external change.

That’s all I needed to know. Back on it went.

But I still had to learn to love myself again, hijab and all. As I worked through the issues that were paining me, I started to wonder if I was just tired of my style of wearing it. (At the time, I loosely draped it in the South Asian fashion.) I started to try other styles. I wrote about how those styles made me feel. I reflected on the process, writing:

As spring turned to summer, Ramadan enveloped me in its mercy, and summer transitioned to fall, I found a new way of wearing it that I found refreshing, and I haven’t looked back since.

My relationship with my hijab is indeed like a marriage; a marriage that underwent an enormous upheaval and survived. It was a painful process, but the resulting newfound love and strength made it completely worthwhile. Had I not honestly and critically questioned its relevance to me, I wouldn’t have the self-assuredness I have today. Had I not kept praying and kept myself open to whatever the result may be, I wouldn’t know what I know today.

If my hijab and I do in fact exist as separate entities, I bid it a very happy tenth hijabiversary. Here’s praying for a wonderful 2013 and many more years together, for as long as we’re meant to be.

Sarah Farrukh is an Associate Editor at Altmuslimah and an information studies graduate student at the University of Toronto. She blogs about faith and books at A Muslimah Writes. This article originally appeared on Altmuslimah. Photo credit – Muslimvillage.com. 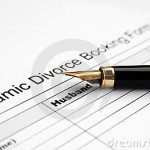 February 13, 2013 Why is ISNA Involved in Advocating for Gun Control?
Recent Comments
0 | Leave a Comment
Browse Our Archives
Related posts from altmuslim