Should You Get a Divorce (as a Muslim)? – Part I 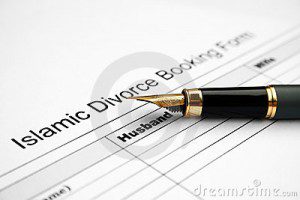 Part I of a two-part series on why to get divorced, how to go about doing so and what the Quran and Sunnah have to say about divorce .

Having always been rather open and public about the fact that I’m a remarried divorcee — and such publicity being uncommon in the Muslim world — I get approached every so often by others who are considering or actually going through their own divorce. Sometimes I don’t even know the person; they just randomly reach out, having read about me somewhere online. (The fact that I’m a lawyer probably helps too.)

This, along with the frequent and horrific divorce and child custody stories I hear, brought me to the realization that Muslims need to learn how (and why) to get divorced as much as they need to learn how to get and stay married.

I’m not being facetious when I say this. The Quran and Sunnah are fairly clear on divorce issues. But Muslims are pretty unclear on them. Consider this article somewhat of a primer on when and how to go about the big split. When I’m approached by someone for counseling on these issues, this is essentially what I tell them.*

Should You Get Divorced?

This is the biggest question. Only in certain specific cases would I answer yes, absolutely. If you’re being physically or emotionally abused, get out of the relationship, especially if you have children. The cycle of abuse rarely ends happily; its victimization includes everyone in the home, and it’s not worth the risk of staying around to see if an abuser can benefit from counseling.

If your spouse cheats on or has cheated on you, I’m also inclined to recommend you get out. Infidelity is a line that, once crossed, is hard to walk back from. The damage to trust and love is tremendous, and a person who cannot keep their pants on outside of the home doesn’t really deserve either.

Barring these situations, all others fall into a gray area. Do your in-laws demand to go on every vacation with you? Does your wife refuse to cook, so help her God? Are sexy times few and far between? Is he a stingy miser who won’t even let you spend your own money? Has she let herself go so badly you’re not attracted to her anymore? Does his hygiene make you want to leap off the balcony?

These are what I call the “crappy but fixable” situations. None of these are really a death knell for marriage, but any of these can snowball into disaster. It all depends on how well you two communicate, how cognizant you are of the fact that these are not such big issues and can be fixed, how open you both are to working on the problem and how badly you want to be with your spouse.

Take it from someone who’s in her second marriage. (All said and done, I’ve been married a total of 13 years thus far.) Marriage is the hardest damn job you’ll ever have. Harder than raising babies. Harder than getting into Harvard (bitter, who me?). Harder than losing those last five pounds. Marriage sucks a lot of the time, and it’s great a lot of the time. No person you ever meet will never annoy you. Every single person in the world, (yes even your own children, parents, best friend, Barack Obama and that rock star imam you love from afar), will irritate the heck out of you if you spend enough time with them.

In other words, irritation should not be grounds for divorce. Not in my book at least. Having said that, Islamically you are actually on safe grounds if you’re simply not happy.

Take the case of the wife of Thabit ibn Qas, who came to the Prophet Muhammad** and said “O Messenger of Allah, I do not reproach Thabit ibn Qays in respect of character and religion, but I do not want to be guilty of showing anger to him.” In other words, although she had no complaints against her husband’s conduct towards her, she simply couldn’t get along with him. The Prophet** responded that she had a right to end the marriage but should return her dowry since it was essentially a “no-fault” situation. In another narration the Prophet** allowed a girl to end her marriage because, though she had no complaints against her husband, she had been forced into it by her father.

Clearly, you don’t have to have severe grounds to justify divorce in Islam; even fearing that you aren’t able to be nice to the other person for whatever reason is sufficient, And certainly not having your rights fulfilled (sexual, financial, etc) is sufficient. However, Islam highly discourages divorce and urges couples to try every avenue to save their marriage, including involving family and community members, seeking counseling, getting professional help and trying temporary periods of separation.

Which leads me to another point — in many cases there is a great failure of families of the husband and wife to help sort things out. Culturally many Muslim marriages are marriages of families, not just of two human beings. But the responsibilities that come with this are often abandoned when things go downhill.

To the families of those who are having marital issues: If you think you have rights to their time and being involved in their lives when things are good, then you better step up your game with things are bad.  Otherwise, you’re just leeches. And I say that with absolutely no respect. I’ve seen situations where either the wife or husband begs their family to help, to contact their in-laws to talk to their spouse, and the family refuses. It’s not just a shame; it’s probably a sin and at a minimum it’s the right of your son, daughter, sister, brother to expect and receive your help in their marriage.

Once all avenues have been exhausted, given both parties are willing to do so, it may be time to separate permanently. In Part II, I’ll go over how best to do so.

*Disclaimer: I’m neither an Islamic scholar or a marriage counselor. I’ve just seen many marriages break up (my own, friends/acquaintances, clients) and seen plenty of others who stay together but are miserable. These articles are a reflection of my own personal conclusions, and that’s about it.

**Peace and blessings be upon him. 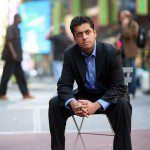 February 1, 2013
The Story (You Never Knew) of Wajahat Ali
Next Post 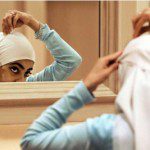 February 7, 2013 Not Losing My Hijab
Recent Comments
0 | Leave a Comment
"FsyYOU are hate. Period."
Soren A Ramadan Testimonial of Repentance and ..."
"Thank you for sharing this article along with detail information, and you have mention the ..."
wazeer shaik The Path Through Hajj – One ..."
"Tamerlane is considered an oppressor amongst Islamic scholars and an anti-hero in Islamic culture. It's ..."
Ali Inspiration: Star Wars: An Islamic perspective
"did you head to syria? did you take ilisha?"
mike malzahn Quran, Hadiths or Both? Where Quranists ..."
Browse Our Archives
get the latest from
Muslim
Sign up for our newsletter
POPULAR AT PATHEOS Muslim
1