On DOMA, Proposition 8, Homosexuality and My Progressive Islamic Viewpoint 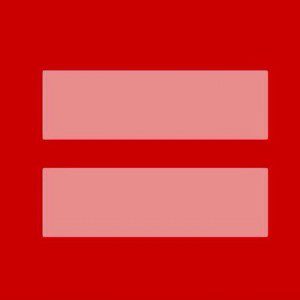 The Supreme Court on Tuesday and Wednesday is hearing arguments about marriage equality for GLBT individuals. A lot of Muslims are squeamish about this issue. They follow traditional interpretations that rule homosexuality or at least homosexual acts to be sinful. How then, they ask, can we accept gay marriage? As a progressive Muslim, I reject those interpretations of the Quran (more on that later) and support gay marriage for various reasons:

1) The Quran is quite clear that love, long-term companionship and sexual relations are a blessing from God and an integral part of what it means to be human. It is also clear that sex should only occur in the context of a committed, publicly acknowledged relationship. To deny marriage to gay people is to condemn them to choose between celibacy — which is unnatural and perhaps even impossible for all but a few — and living in sin.

I cannot believe that a merciful, loving God would make an entire class of people with the capacity for love and attraction, only to present them with such an onerous and tragic choice.

2) The story of Lot, as I and many who share a progressive approach to the Quran read it is not about the GLBT community. It is not about loving, mutually desired relationships. It is about a community who, like all communities, was predominantly straight (thus the Quran tells us that they have wives who were made for them) and who went out robbing and raping travelers.

The Quran is quite clear that Lot’s visitors were not interested in sexual relations, and that Lot was despairing because he had no way to protect them from the mob that came out from the city to have their way regardless of what the visitors or Lot thought about the matter. This is not a description of a committed, loving relationship. It’s a description of violation and violence.

The story of Lot has nothing to say about gay marriage; it has everything to say about people’s individual rights to life, safety, personal property, freedom to travel in the land and about going against the innate drives God has given to us.

This last is a theme that Prophet Muhammad (saw) often addressed, telling us not to go to extremes in our religion — don’t pray or fast excessively, don’t become a hermit, don’t take up celibacy, don’t impoverish yourself through charity, but also don’t be a miser, don’t wear ostentatious clothes but also don’t wear rags, etc., etc. — because our bodies have a right over us. That is, our bodies have innate needs and desires, and we should not deny them, but indulge them within reason and the limits set down by God.

Which brings us back to point one: Lot’s people broke the bounds by forcing sexual relations, gay or not, on people who did not want it. Gay people are fully within the boundaries when they are engaged in mutually desired, loving relationships.

3) I believe in secular democracy, and I believe that secular democracy is the best expression of the political values the Quran promotes — to conduct affairs through consultation, individual participation in political allegiance and no compulsion in religion. Not only is there the famous, “lo ikraha fi deen” verse in the Quran that commands there to be no compulsion in faith, the Prophet also gave us the example in the Compact of Madinah which stipulated that the Christians and Jews who lived under the Prophet’s rule would continue to practice and live by their own religions teachings and laws, as would the Muslims who were emigrating to Madinah.

Thus, the Prophet set up a secular state. When Jews came to him for rulings, he judged by their law, not the teachings of the Quran.

In the United States, our secular democracy stipulates that the government cannot make laws establishing religion. Those who argue that gay marriage is against the Bible or the Quran have the right to believe this and to practice according to this belief. The government does not have the right to enshrine this religious belief into law. They are required to protect the rights of people who do not believe that the Bible or Quran ban gay marriage, but rather support it.

And, the government must protect the rights of those who don’t give a hoot about what the Bible or Quran says. It is not the government’s business to make moral decisions about who we choose to live our lives with (so long as it is a mutually agreed upon relationship by consenting adults) or to discriminate against certain types of relationships by giving tax and other benefits to some committed relationships and not others. We long ago realized that the government could not dictate to us that we were not free to marry people of our choice in terms of race; so too with gender.

As a minority religious group who wants to maintain our civil rights to follow our beliefs as we see fit; we must support the civil rights of other groups to follow their beliefs as they see fit, even if we disagree with their beliefs. Thus, even Muslims who disagree with progressive interpretations of the story of Lot should support gay marriage.

4) For most of us who believe in a religion, marriage is not just about civil rights and tax benefits. It is a social compact in which society celebrates with a couple the joys of loving and being loved, of being a family. It is a social embrace of that couple that honors their commitment to one another. And, it is recognition that their love reflects God’s love, is an embodiment of God’s love for all Her Creation. How can we declare that any love — whether it is between spouses, parent and child, friends, colleagues — is anything other than God expressing Her love for us through us?

Love is wondrous blessing, and the Quran asks over and over, “Which of the blessings of God will you deny?” How dare we deny the blessing of love between two individuals, how dare we deny them the joy of that love? Even worse, how dare we suggest that God withholds Her love from two people who wish to commit to one another in marriage? Rather we should celebrate love in all its forms!

Pamela K. Taylor is a long-time member of Muslims for Progressive Values and has written for “On Faith” at The Washington Post. This post originally appeared on her personal blog. 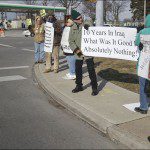 March 25, 2013
The War in Iraq Ten Years Later - How Cheerleader Journalism Fueled the Fire
Next Post

March 29, 2013 The 'Gay-Muslim' Phenomenon - Why Islam Considers Homosexuality a Sin
Recent Comments
0 | Leave a Comment
Browse Our Archives
get the latest from
Muslim
Sign up for our newsletter
POPULAR AT PATHEOS Muslim
1