The ‘Gay-Muslim’ Phenomenon – Why Islam Considers Homosexuality a Sin

(Author’s Note: This post is written as a result of a website that had been displayed on my Facebook timeline, called “gaymuslims.org.” I decided to take a look at what the site was about. Usually, most Muslims, particularly Muslim men, consider this topic of discussion in and of itself “dangerous ground.” But, for those who know me, I live kind of dangerously anyway.)

I recently checked out a website called “gaymuslim.org,” and what I found was actually better than I had thought initially. I will share my opinions on this site; as well what I perceive is the general motive of the site. It’s quite obvious that homosexuality is a big deal and hotly debated topic in Islam. And, this issue is also a very touchy subject as well. But, in our modern-age, we as a Muslim community, whether locally, nationally or even globally, must address this issue full throttle.

There has to be some way that we can communicate with this particular demographic, in order to reach out to them and call them to Islam. They deserve to be informed of the guidance of Islam, just as much as any other group. However, our approach must be very tactful and wise, but also uncompromising.

Where Does Islam Stand on Homosexuality?

As Muslims, we must speak with people, who may be homosexual in a way that does not make us seem like we’re constantly condemning them, for their lifestyle choice/sexual preference. Realistically, homosexuality was just as much of an issue during the lifetimes of the Prophets Lot and Muhammad (peace be upon them) as it is now. We all know of the people of Lot, who were the first persons in human history to be homosexuals. In pre-Islamic Arabia, homosexuality was so common among the Arabs that Muhammad specifically said, “Don’t allow men who imitate women and women who imitate men into your houses. (al-Bukhari, al-Kaba’ir/the Major-Sins by Muhammad ibn-`Uthman adh-Dhahabi)”

But, this has never been the initial issue that Allah had commanded upon Lot nor Muhammad, for that matter (peace be upon them), to address their people. In fact, the very first thing that Allah had ever commanded the Prophets (peace be upon them all-together) to call people to is tawhid/Islamic monotheism (the recognition and acceptance that Allah exists and is the only one who is worship-worthy). In the Quran, it clearly mentions that the first thing Lot was commanded to tell his people was to stop worshipping idols and to start worshipping Allah(Noble Quran 26:161-163).

When I refer to being uncompromising in how we approach homosexuality, this means that even though Muslims definitely want others to embrace Islam regardless of their respective lifestyle choices/sexual preferences, it must be made very clear that this in no way, shape or form an acceptable lifestyle choice/sexual preference. There are, in fact, two main things the Muslim community must make sure doesn’t happen: One, we cannot allow ourselves to be pigeon-holed in the public eye as being people whom are not welcoming to all members of society to accept Islam.

In other words, we have to be sure that the Muslim community ensures people that the guidance of Allah in Islam is for everyone. Just  as Allah says in the Quran by describing the Quran itself as guidance for humanity (Noble Quran 2:185). We should not imitate the Jews, who do not call people to Judaism because they believe their faith is just for them. We must also present Islam as it is and not water it down. Take, for example, Christianity — historically, as well as contemporarily, Christians have watered down their own religion to increase in numbers, disregarding their own religious standards in order to be a popular religion.

It needs to be established that according to Islamic law, homosexuality is indeed a sin. At no time are we as a Muslim community to allow people to assume that Muslims legitimize homosexuality as something normal, natural or a valid lifestyle choice/sexual preference. We must not allow ourselves — under the ambiguous and entrapping matrix of political correctness, openness moderation and modernity — to fog our own religious standards and allow people to think that homosexuality is a good thing.

Because, according to Islamic texts from both the Quran and Prophetic tradition, it is 100 percent completely unacceptable. Just like any other sexual deviation such as bestiality, child molestation, rape, adultery and fornication are all deemed prohibited and shameful in Islam, so is homosexuality (Qasas-ul-Anbiya’/Stories of the Prophets by ibn-Kathir, al-Kaba’ir).

We Must Strive to Be Free of All Sins

However, one of the many negative things we Muslims tend to do is place favoritism of certain sins over others, just like how Christians view homosexuality as an abomination, yet,  see no problem with worshipping Jesus Christ (peace be upon him), a created thing, in the same vein with Allah, the Creator of the Universe. Realistically, that is far worse than any sexual deviation.

In Islam, a sin is a sin, and we as humans don’t have the right to say, “Well … at least this sin is not worse than that sin.” Our objective as Muslims is to avoid sinning in its totality — not to just avoid major sins.

Is Homosexuality a Lifestyle Choice?

Now, referring to the “gaymuslims.org,” a site that advocates for the fair treatment of homosexual Muslims — I do commend their intentions and efforts to reach out to the homosexual community. However, there needs to be a definitive stance against the lifestyle choice itself, which I didn’t really see presented on this site.

I know why this was not highlighted on the site — to not ostracize anyone and to make them comfortable enough to open their minds and hearts to Islam. But, I view this as a potential opening of a floodgate, which could bring members of the homosexual community to Islam who believes that they don’t have to alter their lifestyle choices/sexual preferences.

This is very problematic, because again it has to be made crystal clear that this sexual preference is not natural, but rather a result of lack of exposure to divine guidance, taught and learned behavior and various emotional and/or psychological issues, which are imposed upon people. There’s a reason why the term lifestyle choice has the word “choice” in it and why the term sexual preference has the word “preference” in it — that’s because when it comes to having consensual sex with someone, it’s exclusively your own volition that guides your decisions to copulate with members of either the same gender or the opposite gender.

I know I’ll be getting a whole lot of both positive and negative feedback and comments about this post, which honestly, I gladly accept. Obviously, I’m no scholar, neither in a religious nor secular realm. But, I know just enough about Islamic sacred texts as well as secular issues to speak about this issue. For anyone who would like to comment, please, comment away.

Gareth Bryant, a native New Yorker, became Muslim at the age of 15. He has served as an executive member of Young Muslims USA and is the co-founder of Da’wah Unlimited Alliance (D.U.A.), a Brooklyn-based nonprofit organization committed to educating the general public about Islam and Muslims. Click here to learn more about Gareth and his writings. 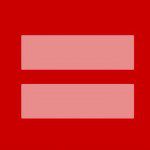 March 28, 2013
On DOMA, Proposition 8, Homosexuality and My Progressive Islamic Viewpoint
Next Post