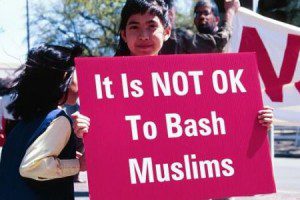 The advent of Ramadan this year on July 9 brings to mind the ongoing hold of Islamophobic ideology on the American public. Despite years of struggle on this issue by Muslims and their allies, the most recent Pew poll of attitudes towards Muslims in May 2013 shows that 40 percent of respondents believe that Islam is more likely to encourage violence than other religions.

Islamophobia in the West has deep roots, going back to the era of the Crusades. The image of Muslims and Islam as a threatening “other” has long been a feature of Western consciousness. Not only acts of terrorism by Muslims but also the awareness of the growing Muslim presence in the West have roused this image to new life among many in the U.S. and Europe.

How to combat this long-standing fear and contempt? Evidence shows that even a modicum of personal interaction with Muslims can tear down Islamophobic attitudes built over centuries.

A host of studies, starting with Gordon Allport’s The Nature of Prejudice in 1954, have shown that personal contact with members of a group reduces prejudice against the group. A 2009 analysis of studies since Allport’s pioneering work by D. R. Forsyth has confirmed this conclusion. Some recent studies in Holland and the Czech Republic have demonstrated this relationship in regard to attitudes toward Muslims in Europe. (For references and further information, consult Wikipedia under “Contact Hypothesis.”)

Thus, one factor perpetuating Islamophobia is the reality that, despite the increasing number of Muslims in the U.S., most Americans have probably never (at least not knowingly) interacted personally with a Muslim. Not only that, but Muslims and Islam are largely invisible in portrayals of U.S. history and culture, despite the fact that they have been part of our country’s story since colonial times.

How many Americans, for example, are aware that between one-quarter and one-third of the African slaves brought to these shores were Muslim, and that some at least continued, often in secret, to practice their ancestral faith? That the first mosque in American was built in the mid-nineteenth century in North Dakota? That the U.S .military employed Muslims to test camels as a form of transport? That sizeable waves of Muslim immigrants have entered this country from as early as 1875?

The great majority of Americans are unaware how deeply Islam and Muslims are woven into the life of this country.

How to break through the “invisibility cloak” that Muslims seem surrounded by? Does it require long-term personal relationships to lift the wall of deep-seated prejudice? If so, the prospects for overcoming Islamophobia seem dim. The U.S. Muslim population is still too small to bring more than a minority of Americans into ongoing relationships with an American Muslim.

But such ongoing interaction may not be necessary. The wall of prejudice separating non-Muslim Americans from their Muslim neighbors may run deep, but it is flimsy. At least, that is what the experience of Islamic Networks Group (ING), based in San Jose, California, suggests.

ING’s Islamic Speakers Bureau sends speakers — all volunteers, ranging from housewives to high-tech entrepreneurs — into schools, colleges, community centers and other venues in the San Francisco Bay Area to deliver presentations on Islamic perspectives on a variety of issues, including how Islam is lived out by American Muslims, the place of women in Islam, Muslim contributions to civilization and the history of Muslims in the U.S.

And all this is the product of one hour’s exposure to and interaction with an “ordinary” American Muslim in a classroom setting. (All ING presentations include substantial time for question and answer with the speaker.)

ING has been doing this work since 1993 and both the content of its presentations and the training of its speakers has been honed over the years. We’re not arguing that an hour’s encounter with any random Muslim would bring the same result. But ING’s experience does suggest that it takes much less time and effort to break through the “invisibility cloak” around Muslims and Islam than might be expected. 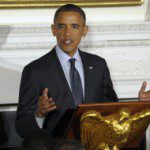 July 30, 2013 Racism: Alive and Well in America
Recent Comments
0 | Leave a Comment
"Yow its so sad my eyes are sweaty😭BN.BELIEVE.ASIA/VZ7527IE"
Batelthda Gaslighting, Anti-Jewish and Anti-Muslim Rhetoric: What ..."
"Everyone's pervy minds will b opn ryt nw dmn!m.XIAOWANZI.INK\C7527Wg"
ThePumpkinQueen It’s Time to Boycott Saudi Arabia
"Thanks for sharing informative blog with us regarding the halal meat revolution."
Boxed Halal Sustainability: The eco-halal revolution
"Salam. I am going to be blunt and honest with you. Girls who are doctors, ..."
Rubina Ahmed Looking for Love and Finding Awkwardness ..."
Browse Our Archives
Related posts from altmuslim