Racism: Alive and Well in America

If any question remained whether racism and bigotry are alive and well in America, the Rush Limbaughs and Paula Deens of our time have laid it to rest.

A couple weeks ago, hot on the heels of the furious uproar that swept the nation after the jury reached its verdict in the Trayvon Martin case – Rush Limbaugh in true form pounced on an opportunity to exploit racial tensions in America by dropping the derogatory N-word on the airwaves.

Open admissions of bigotry like these don’t simply rub salt on festering wounds; they ignite a centuries-old pain that lies buried deep in the hearts of members of the Black community.

To make matters worse, legislation like “Stand Your Ground” and “Stop and Frisk” disproportionately undermine minorities and subject them to unfair, humiliating treatment. The stark racial divide within our society is made all the more apparent by laws like these that are not applied equally to everyone regardless of their skin color. This serves only to widen the gaping chasm that exists between Americans of different races and ethnicities.

Justice cannot be selectively applied to only a specific subset of the population. It must be equally upheld for all Americans.

We cannot afford to turn a blind eye to the broader implications of the Trayvon Martin shooting. This tragedy provides an opportunity for all of us to recognize and confront inner prejudices that cannot be ignored, or we are doomed to leave a legacy tainted with pain, shame, and guilt for generations to come.

Dr. King dreamt that one day his four children would be judged not based on the color of their skin, but the content of their character. Today, decades later our country has a black president in the White House, but we are far still from realizing Dr. King’s dream.  And unless we can challenge ourselves to navigate outside of our comfort zones and engage in frank,candid conversations about this polarizing, emotionally charged subject, we will continue to drift further away.

Zainab Chaudry is the vice president of CAIR-MD (Council on American-Islamic Relations).

This piece is part of our ongoing series on Ramadan, featuring reflections, stories, and articles from Muslims and non-Muslims on their Ramadan experiences. Keep checking Altmuslim for new pieces throughout Ramadan. 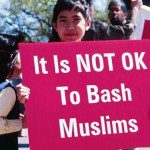 July 25, 2013
Combating Islamophobia -- Breaking through the Invisibility Cloak
Next Post

August 1, 2013 Where Culture Overshadows "Deen," the Unfortunate Suffer
Recent Comments
0 | Leave a Comment
"Yow its so sad my eyes are sweaty😭BN.BELIEVE.ASIA/VZ7527IE"
Batelthda Gaslighting, Anti-Jewish and Anti-Muslim Rhetoric: What ..."
"Everyone's pervy minds will b opn ryt nw dmn!m.XIAOWANZI.INK\C7527Wg"
ThePumpkinQueen It’s Time to Boycott Saudi Arabia
"Thanks for sharing informative blog with us regarding the halal meat revolution."
Boxed Halal Sustainability: The eco-halal revolution
"Salam. I am going to be blunt and honest with you. Girls who are doctors, ..."
Rubina Ahmed Looking for Love and Finding Awkwardness ..."
Browse Our Archives
Related posts from altmuslim