The History of Ashura – Why We Should Remember 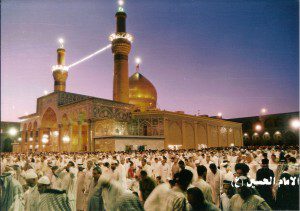 Writing about Muharram, the day of Ashura and the events of Karbala from a non-sectarian perspective is not simple, but I believe there can be reconciliation.

I grew up in a home where Muharram is a time of celebration, as it marks the beginning of the Islamic calendar, as well the hijrah (migration) of the Prophet Muhammad (saw) from Makkah to Medina. The 9th/10th/11th Muharram are days for fasting, and in some cases, people even exchange gifts. I was taught that the day of Ashura (10th Muharram) was the day on which the Prophet Musa (as) and his people were saved from the tyranny of Pharoah – a day from the annals of ancient history, which reaches out to us so we may remember and be thankful.

Some accounts relate that the Prophet (saw), upon hearing that the Jews commemorated the day of Ashura for Nabi Musa (as) by fasting, decided to also adopt this practice (differentiating it by adding an extra day of fasting the day before or after Ashura). This willingness of the Prophet (saw) to learn and embrace from people of other faiths (when he found an important commonality) relates closely to what comes next – that we too should show similar willingness, especially when it comes to the narratives of people from within the Muslim umbrella.

Due to what now seems like deliberate communal amnesia, I was already in my late teens when I learned (by accident) that Ashura is also the day in which many Muslims mourn the tragic events at Karbala, when Imam Husayn (ra), the beloved grandson of the Prophet Muhammad (saw) was martyred by the Umayyad ruler Yazid bin Mu’awiyya.

As I reflect back now, with the day of Ashura immanent, it becomes apparent that seeing things in black and white robs us of the deep spiritual lessons, which Ashura can teach us when we open ourselves to multiple possibilities.

I do not wish to recount historical versions of events – history is often written or rewritten from the vantage point of the victors and those in power, but the events at Karbala defy this. On all accounts Imam Husayn and his small group of mostly members of the Ahl-Bayt were brutally killed by people claiming to be leaders of the Muslim Ummah. Arguments abound on who was responsible – was it Yazid or the people he delegated? Did the army take things into their own hands? Or perhaps the Kufans, who betrayed Imam Husayn, were mostly to blame. Even rather absurdly, I’ve even come across one claim that Imam Husayn himself is to blame for acting naively and without heeding the advice of other companions. But I digress …

I do not see mourning or grieving the day of Karbala as contradictory to commemorating the day of Ashura (as considered to be the day the people of Musa (as) were saved). Both Nabi Musa (as) and Imam Husayn (ra) refused to give allegiance to tyrannical rulers, whilst one (Pharoah) considered himself God while the other (Yazid) claimed to be a khalifa (representative) of God. We learn from both Nabi Musa and Imam Husayn, that speaking truth to power is one of the qualities of people of tawhid, who believe that true power belongs to God alone. This is a lesson we are sorely in need of in a world where military oppression, religious misappropriation, dictatorships and monarchies still reign supreme.

We also learned is that when the desire and greed for material wealth and power corrupted the human soul to such an intense degree (when living on that very base level of Nafs al-Ammarah bi su (the self-inciting ego that urges towards to evil), human beings spilled the blessed blood of the progeny of the Prophet (saw), committed the most heinous of crimes under the illusion of safeguarding their leadership and inflated their status to such heights as to claim divinity.

If we ignore the events of Karbala or prefer to forget them, then we do as the killers of Imam Husayn wanted, which was to wipe out the family of the Prophet that posed a threat. Thus their claim to power and authority could remain unchallenged in order for them to continue along the trajectory of moral debauchery, nepotism, corruption and the establishment of baseless monarchies, as is well documented.

If we deny or try to justify the events at Karbala or downplay the awful magnanimity of what occurred, we commit the same terrible treachery of the people of Kufa, who abandoned the Ahl Bayt after giving them allegiance.

There is another option: We could also adopt the spirit and sunnah of Sayyida Zainab (ra), the granddaughter of Nabi Muhammad (saw) and sister of Imam Husayn (ra), who bravely proclaimed in the streets as she was being led to the court of Yazid:

“You have killed those whom the Holy Prophet (saw) held upon his knee when they were children and whose play filled him with joy. Soon you will stand with them before Allah, and they will demand justice. Beware the day of reckoning.”

And when she stood in front of Yazid, she was not afraid to say, “Those who have made you the head of state and burdened the Muslims with your leadership will soon find out what awaits them. The end of all tyrants is agony.”

Throughout her grief-stricken journey back to Madina, wherever she dismounted, she gathered people together and recounted in detail the tragic events at Karbala. She immortalized the sacrifices of the Ahl Bayt and exposed the despotism of their killers.

If you are not ready to mourn the death of the Ahl Bayt at the hands of the ruling Ummayad, can you at least acknowledge that there are some Muslims who feel very deeply, poignantly and painfully, based on their love for the Prophet (saw) and everything and everyone he loved, about the killing of Imam Husayn (ra) and 72 of his followers, as well as the humiliation and inhumane treatment of the women and children who were left behind?

If you fast the day of Ashura to follow the sunnah, perhaps also spare a thought for the thirsty family of the same Muhammad (saw) whose sunnah you are following, who were deprived of water by the cruel army on the field of Karbala. If you observe extra ibadah (worship) during Muharram because we know from the Quran that it is a sacred month, then perhaps we can also realize how far from the Quran the Ummayad army were when they mercilessly attacked the small defenseless group of Imam Husayn (ra), going against the strict prohibition of war during Muharram, which itself means “sacred.”

For those who mourn, remember also that the Prophet (saw) rejected all extremities, and that expressing emotion at the way in which some of his family (as) were killed should not make us forgetful of his (saw) impeccable adab and dignity at all times. The dignity of Sayyida Zainab (as) when she was so humiliated by being paraded through the streets uncovered has also been documented and is worthy of imitation.

Also realize that it is not so much mourning of “death” per se, because we know that those who die in the path of Allah are not truly dead, as the Quran teaches us, but are alive in the truest sense. Rather we mourn that the very human being created by Allah in “the best of forms” and “ennobled” can also stoop to the “lowest of the low”, that rulers can be void of Rahmah, that people could stand by and watch the family of the Prophet (saw) be slaughtered.

Professor Edward G. Brown of Cambridge reminds us that “the blood-stained field of Karbala, where the grandson of the Apostle of God fell, at length, tortured by thirst, and surround by the bodies of his murdered kinsmen, has been at any time since then, sufficient to evoke, even in the most lukewarm and the heedless, the deepest emotion, the most frantic grief, and an exaltation of spirit before which pain, danger and death shrink to unconsidered trifles.”

We would be mistaken to believe that between Nabi Musa (as) and Imam Husayn (ra), only Nabi Musa (as) was victorious because he and his people were saved from Pharoah. Imam Husayn and his group were also victorious, if only we begin to see with the inner eye, that amidst the sea of blood that Yazid’s army created at Karbala, what Imam Husayn, Sayyida Zainab and others with them set forth and propelled for all of time, was the parting of the oceans of truth and falsehood.

Safiyyah Surtee is a teaching fellow at the University of Johannesburg in the Department of Religious Studies. Follow her on twitter @safiyyahsurtee. 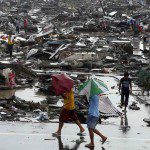 November 11, 2013
How to Help in the Philippines
Next Post 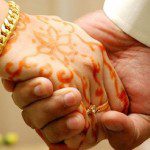 November 21, 2013 The Case for a Modest Wedding in Islam
Recent Comments
0 | Leave a Comment
"Yow its so sad my eyes are sweaty😭BN.BELIEVE.ASIA/VZ7527IE"
Batelthda Gaslighting, Anti-Jewish and Anti-Muslim Rhetoric: What ..."
"Everyone's pervy minds will b opn ryt nw dmn!m.XIAOWANZI.INK\C7527Wg"
ThePumpkinQueen It’s Time to Boycott Saudi Arabia
"Thanks for sharing informative blog with us regarding the halal meat revolution."
Boxed Halal Sustainability: The eco-halal revolution
"Salam. I am going to be blunt and honest with you. Girls who are doctors, ..."
Rubina Ahmed Looking for Love and Finding Awkwardness ..."
Browse Our Archives
Related posts from altmuslim