Why I Participated in the ‘Somewhere in America’ #Mipsterz Video 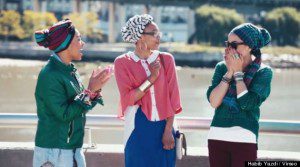 I went to New York, last year around May to participate in the #Mipsterz video “Somewhere in America.” I anticipated meeting some like-minded hijabis* and making new friends. I emailed my photos to Layla** and Abbas Rattani (creators of the video) like many other women. They responded to me quite quickly and invited me to join the project. I happened to be the only cool Canadian.

The shooting was long, tiring but really fun. We all got along and giggled away. All the women in the video told each other their own “hijab story.” I felt, for once, in my element — belonging and pretty. I couldn’t believe that I was selected to be a sort of model. I felt special and happy.

In the last three years, I have been really struggling with keeping my hijab on. I wore hijab for about 10 years, and it was a choice I made when I graduated from high school. There were both positive and negative implications, as I tell most people who don’t wear the hijab.

For me, wearing the hijab was counter culture, reactionary politics, and intertwined to my spiritual development. Hijab was my choice. I came from a family where no one really observed the Islamic head covering. Hijab gave me a place to fit in, and it served as a barrier to intrusive men. In hijab, I was often treated with great respect from non-Muslims and Muslims alike. People would open doors for me, say God bless you and smile at me. Other faith-observing people found solace in me because of our common struggles.

I made friends with a lot of Christian and Jewish women who also observed.

But over time, I had a lot of mixed feelings towards my hijab. Sometimes I loved it, and sometimes I hated it. I hated feeling like an outsider. I hated never fitting in. I hated that I was not white enough, thin enough or beautiful enough. Hijab only magnified these dysmorophic feelings while also masking my perpetual self-loathing. I could hide in all my layers easily. More than often, I would not even want to take off my hijab in front of other women. I had contempt for myself.

I don’t need to get into the sob stories and history of my marginalization, but I am sure you can understand. That is why the #Mipsterz video opportunity was so important to me. Over the years, social media and networks became a key tool to building my own community. Any time I saw on social media a like-minded hijabi, I would shoot off a friend request. Anytime I saw hijabi who kind of looked like me and dressed like me, I would befriend her. Anytime, I saw a hijabi in the media, I would post her on my Facebook, Twitter and Instagram.

Why? Simply because I could relate. I was eager for her to succeed, develop, be heard and seen. I was probably projecting my own feelings of insecurity.

To All the Critiques of “Somewhere in America”

My problem with all the critiques I am reading is that you are taking away my agency and power. I made this choice, and the video is in fact a reflection of me and many Muslim women. You may not like it, and that is ok. It may not represent you, and that is even better. You probably don’t know anyone like us – even more so better!

Let me clear some facts around the video for Sana Saaed, senior editor of Islamic Monthly, who wrote a widely-shared critique of the video:

1) Sara Aghaganian and Layla helped produce and direct this video, so it was not done entirely by men.
2) Most of the women on set created their own outfits and participated in the overall vision of the video.
3) Modesty and beauty can coexist
4) Ibtihaj Muhammad is not the only strong woman with skills in this video.
5) Fashion, design and makeup is an art and a skill.

Hijabis are humans, and that was the point of the video. I know hijabis who ride bikes, skateboard and listen to rap. You can be in denial and reinforce the ‘us and them’ dichotomies and Occidentalism. But, I personally see this as reactionary Islamist politics — this naming, shunning and shaming. It is counterproductive and not useful. Islam is a global religion with about two billion adherents and colorful, historical trajectories.

Islamic culture has not come in a vacuum. Islam is linked to a myriad of people, histories, nations and ethnicities.

The most amusing part of this post-video conversation is the class/or Marxian critique and the linking of the video to materialism and consumption. First, of all the women in the video, not one is endorsing any particular brand. Second, it certainly ironic when the majority of “Western” Muslims are living in their fancy suburban homes, driving a luxury car, jet setting through Dubai and staying in luxury hotels on their Hajj– now they want to bring class politics into the discussion.

Let’s not even get started on the race politics: I am a first generation Muslim woman living in Toronto, Canada. I have been called a terrorist post-911 more times than I can count. I am brown-skinned and by no means the normative standard of beauty. I am a daughter of parents forcefully moved during partition in India/Pakistan. Like me, none of the women in the video fit into mainstream culture. It was great giving us some representation in alternative media forms. I can only hope one day there are more Muslim women in the media when I have my own daughter.

Finally, don’t say what my identity is. I can do that for myself. Don’t take away another woman’s power or agency. 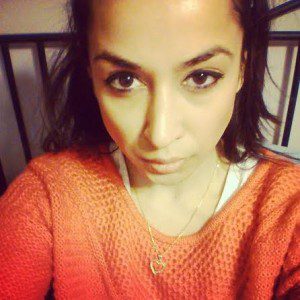 I am Canadian. I am Western. I am them, and they are me. I am definitely the same. I can be a hipster, I can be a mipster, and I can be mainstream. Oh. and yes — I listen to Jay Z.

Aminah Sheikh is a recent graduate from the School of Oriental and African Studies and York University. Her research was on faith based organizations, women and socio-economic development in Pakistan. Born and raised in Canada, she currently resides in Toronto. She volunteers with the New Democratic Party of Canada. You can connect with her on @AminahSheikh on Twitter.

* hijabi is a term used in the Muslim community for someone who wears the hijab, or the headscarf.

** last name withheld at the request of the person.

December 3, 2013
Somewhere on the Internet, Muslim Women are being Shamed
Next Post 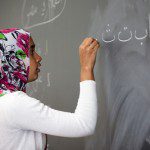 December 11, 2013 A Mosque Story - When We Teach Defeat
Recent Comments
0 | Leave a Comment
Browse Our Archives
Related posts from altmuslim