Somewhere on the Internet, Muslim Women are being Shamed

On behalf of Muslims of the internet, I would like to extend a sincere apology to the young women in the “Somewhere in America” video that has been exploding heads online for the past 48 hours. The controversy became so heated and perverse it landed the video on Buzzfeed. Good on you for the exposure, but sorry for the context.

I am really sorry that you vivacious, happy, dynamic, stylish, and I’m sure very bright young women are being brutally examined and analyzed with laser-like tenacity, and about as much empathy. It stinks to high heaven that you are being accused of promoting racism (poor song choice, but I know it had little to do with you), elitism, classism, fat shaming, immodesty, and essentially the downfall of our entire Ummah. Yes, I know. I didn’t see it coming either.

As the mother of a teenager who has full control of whether she decides to wear hijab and how, but still is expected to dress decently while allowing for style, I thoroughly enjoyed your video. I am either exceptionally dim-witted or much more sophisticated than your critics. The jury is out on that for now. I never thought you were preaching the gospel of hijab and the proper Islamic etiquette of wearing it, because that would be ludicrous; and I failed to consider the socioeconomic ramifications of the project, which also is kind of ludicrous. I just absorbed it as a joyful expression of who you happen to be. And any examples of a happy and proud Western Muslim identity are fine by me.

I regret that you probably approached the project with full agency and command over your choices but are being treated like brain-washed children who never even realized the evil sexist stereotyping you would be perpetuating. It’s ridiculous that you are expected to portray yourselves as others want to see you, and not as you chose to. It sucks that feminists are breaking you down as a slap in the face of Muslim feminism itself, and that you have been branded as lending credence to orientalist portrayals of Muslim women (though in my estimation you’re destroying such paradigms). It’s embarrassing that you are being accused of being too American, when in fact you probably are American, and there’s nothing wrong with an American Islam.

I’m sorry that in the span of a few minutes you were expected not just to express who you are, but who we all are, every single class of Muslimah, of every racial and socioeconomic background, dressed in the million ways we dress, doing the million things we do. I apologize that even though you may be from working-class backgrounds and be hard-working young ladies who have never been handed a thing in your life, you’re being accused of normalizing wealth and materialism by a college student, and people are taking it seriously.

I am most ashamed that your imaan is being judged and your choice of clothing, shoes and makeup are being dissected and discussed in a way that no one would want for their own sister or daughter. We have an illness, us Muslims. We like to publicly humiliate our girls by pointing out where we think they’ve failed in their religious practice. We don’t do this to our men, ever. I’ve seen dozens of photographs and memes with the caption “this is not hijab, sister,” as if anyone would actually publicly do that to their own sister. I’m sorry that you have to put up with awful judgments from both non-Muslims and Muslims. I hope it doesn’t push you away from Islam, and I’m sorry that your appearance and behavior has become a litmus test for the state of our community.

I’m sorry that even though our scholars have told us time and time again to go easy on the sisters, we come hard and fast. You’re easy prey. Low hanging fruit. What you wear distracts us from discussing serious issues, like sexual violence, drugs, or domestic abuse; because those are things we’d actually have to do something about.

You’re in the center of a shaming-storm and I’m sorry for that. I know you meant no malice, no harm, and no offense to people who don’t dress like you, think like you, act like you, or look like you. The internet allows for quick and easy offense, instant critiques and condemnations, and is always looking for things to protest. If you had made this video set to a nasheed and in full burka, others would still rage against you. Because a woman in niqab is no less sensationalistic than a woman in stilettos, as far as moral outrage is concerned.

Keep doing your thing, stay proud to be a Muslim despite your fellow Muslims, and pick better music. That’s all the advice I have for my little sisters.

And again, accept all our apologies. 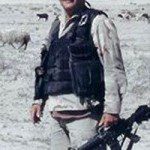 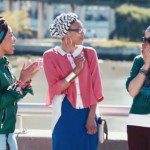 December 4, 2013 Why I Participated in the 'Somewhere in America' #Mipsterz Video
Recent Comments
0 | Leave a Comment
"Salam. I am going to be blunt and honest with you. Girls who are doctors, ..."
Rubina Ahmed Looking for Love and Finding Awkwardness ..."
"FsyYOU are hate. Period."
Soren A Ramadan Testimonial of Repentance and ..."
"Thank you for sharing this article along with detail information, and you have mention the ..."
wazeer shaik The Path Through Hajj – One ..."
"Tamerlane is considered an oppressor amongst Islamic scholars and an anti-hero in Islamic culture. It's ..."
Ali Inspiration: Star Wars: An Islamic perspective
Browse Our Archives
Related posts from altmuslim