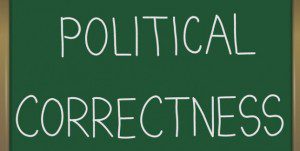 Today’s world is a politically correct (PC) world. In order to be socially “accepted,” we choose our words based on what the “Politically Correct” have decided is acceptable for us to say. Unfortunately, many people have come out against being politically correct in a defense of not “overthinking” words.  Words are just words, and even the worst of words lose their meanings over time, right?

So, for example, when we (used to) say “That’s SO gay,” we aren’t meaning to offend individuals who identify as gay, right? We just mean to say, “That’s SO dumb.” But, it doesn’t work like that. Our choice of words matter very much.

Although many of us defiantly shrug them off, Alhamdulillah for the PC Police. Alhamdulillah that we have those who think about what words we should be using for those of us who choose not to.

You’d be hard-pressed to find a Muslim who hasn’t heard the hadith that describes when a companion of the Prophet Muhammad (SAWS) referred to Bilal (RA) as the “son of a black woman.” Hurt at the comment, Bilal (RA) expressed his grief to Muhammad (SAW), and our Prophet reprimanded the companion by saying that he “still had some jahiliyyah inside of him,” jahiliyyah referring both to pre-Islamic Arabia, and more generally, the state of being in the absence of Divine Guidance.

In a few short words, Alhamdulillah, Muhammad (SAWS) was able to covey what the PC-Police have been wanting us to understand for decades: However divorced certain words are from past connotations, words do come with histories, contexts and social realities — whether we choose to be cognizant of this fact or not.

The vocabulary we choose is always a reflection and reinforcement of a word’s past – social, cultural, and historical. When Muhammad (SAWS) refers to the “jahiliyyah inside” of the companion, he is referring to the pre-Islamic society, culture and history of ignorance.

The outward choice of the companion’s words reflected on the inward state of his emaan (faith). Although the companion was a practicing Muslim, he still carried pre-Islamic characteristics inside of him. The companion’s use of skin color as a descriptor of Bilal (RA) reduced Bilal’s identity to that of a color, thereby ridding his person of its individuality.  The companion’s words reflected and brought to surface the historical, social and cultural oppressions still lingering in the Muslim community, and lingering in this companion, from jahiliyyah society.

Alhamdulillah, most of us have gotten quite good at recognizing the words we should and should not say (h/t to the PC-Police). However, the hadith referred to above asks us to go a little further. As mentioned earlier, jahiliyyah also refers to the state of being in absence of Divine Guidance. In order to open up ourselves fully to Divine Guidance, we must work hard to eradicate the jahiliyyah inside of us. Accordingly, after Muhammad (SAWS) approached him, the companion immediately recognized his fault and burst out into tears and asked Bilal (RA) for forgiveness.

Take note – the companion’s need to repent for his sins outweighed his need to defend his ego.

Most of the words we use will be the ones we learn from the environments around us. However, let’s not mistake routine, habit and the status quo as an excuse for willful ignorance. We must understand that in some cases, words that became status quo of our environments did so precisely because oppression had been normalized.

It is incumbent on all of us – at the very least for our own sake— to introspect critically about the words we choose to speak and think.

Zainab Khan is a recent graduate of Wesleyan University. Her interests include the South Asian and Middle Eastern diaspora networks, transnational youth movements, and more broadly, fashion and how it operates as a global discourse. You can follow her on Twitter @zaynman 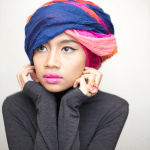 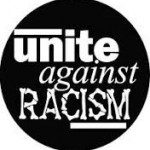