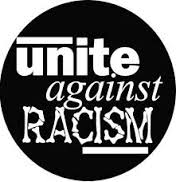 Intra-Muslim racism is an issue often swept under the rug in the American Muslim community. Some of its manifestations are overt while its varying expressions tend to be more subtle. In order for us to be the community, which Allah (swt) describes as “the best nation brought forth from humankind (Quran 3:110),” we must put forth the same, if not more, intellectual and social energy in confronting intra-Muslim racism as we do when confronting Islamophobia.

A hurtful symptom of the disease of racism among us is seen in the derogatory terms that are used by many Muslims to describe people of various racial groups. From my observations it appears that Black Americans are the subjects of the majority of this name calling. It is not uncommon for Arabs from the Levant to refer to Blacks as abeed (slaves). In the South Asian community, Blacks or people with darker skin are sometimes referred to negatively as kallu (Black person). In the Somali community, it is also not uncommon to hear other Blacks being called jareer (nappy head) and adoon (slave). And even among some Nigerians and Ghanaians, there is widespread usage of the word akata (wild animal) to describe descendants of their former enslaved tribesmen, who are Americans.

There should be zero tolerance for these offensive terms or other names that attempt to relegate any ethnic group to a perceived status of inferiority. To demean, ridicule and/or call people names which the subjected group finds offensive are clearly forbidden in Quran: “And do not insult one another and do not call each other by [offensive] nicknames (49:11).” The point is not simply to refrain from using slurs but to not speak about fellow humans in a way that insults.

An example of this relates to a well-known hadith pertaining to the companions Abu Dharr (ra) and Bilal (ra). As narrated by Al-Bukhari and others, Abu Dharr (ra), during a dispute, insulted Bilal (ra) by calling him “Son of a Black Woman.” This was meant to put Bilal (ra) down, as his Abyssinian mother was a slave, though Abu Dharr was, himself, a Black Arab, as described by At-Tabari, ibn Hajar and others. Prophet Muhammad (saw) then told Abu Dharr (ra), “You’re a man with some of the characteristics of the Era of Ignorance/Pre-Islam (Al-Jahiliyyah).” Abu Dharr (ra) then went to Bilal (ra), placed his face on the ground and offered for Bilal (ra) to step on his face to atone for his verbal offense.

(Editor’s note, our last Altmuslim article also addressed this very hadith, which you can read about here.)Since the companions of the Prophet (s) had racist tendencies that needed purification, surely it should come as no surprise that our generation, which is far removed from the Prophet (s), needs spiritual purification and social remedies to counter the disease of racism. Simply saying Islam is against this illness is not sufficient. From the above example of the Prophet (s), the issue was confronted in public and attempts were made to restore justice to the offended.

Irrespective of faith, Blacks tend to be viewed in society as the wretched people who are not as beautiful as those with lighter skin. Confronting our own weaknesses and admitting that our community also has shades of institutionalized racism are difficult admissions. This especially holds true when racism is perpetuated by “People of Color,” who have been discriminated against historically from colonialism, illegal occupation and post-911 America. While some might think such racism is benign, it is racism that has divided the American Muslim community. It is problematic because racism is rooted in positional power, which prevents certain groups from having a voice or equal deference and authority within a community. I have witnessed new reverts to Islam who have been run out of the Muslim community due to racism.

We need a holistic approach for dealing with this issue, which includes individual introspection, regular community and organizational discussions, as well as more purposeful and meaning social gatherings that are multi-ethnic aside from big annual conferences. I am committed to being a part of such conversations and social events. I challenge all of my brothers and sisters to renew their commitment to ethnic equality within our community and to check those within our own cultural groups that are actively and passively perpetuating racism. This will require moral courage in the face of uncomfortable moments, but Islam calls us towards freedom, justice and equality that we may be the model community that Allah (swt) calls on us to be.

Dawud Walid is the Executive Director of the Michigan chapter of the Council on American-Islamic Relations (CAIR-MI) and member of the Michigan Muslim Community Council (MMCC) Imams’ Council. Walid previously served as an imam at Masjid Wali Muhammad in Detroit, Michigan and the Bosnian American Islamic Center in Hamtramck, Michigan. A version of this article originally appeared on Altmuslimah, which is not affiliated with Altmuslim. 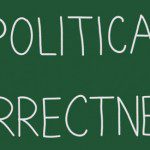 February 19, 2014
The Case for Political Correctness and Against the Jahiliyyah Inside All of Us
Next Post 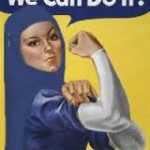 March 6, 2014 Lessons Learned from #EmpoweredMuslimWomen
Recent Comments
0 | Leave a Comment
"Yow its so sad my eyes are sweaty😭BN.BELIEVE.ASIA/VZ7527IE"
Batelthda Gaslighting, Anti-Jewish and Anti-Muslim Rhetoric: What ..."
"Everyone's pervy minds will b opn ryt nw dmn!m.XIAOWANZI.INK\C7527Wg"
ThePumpkinQueen It’s Time to Boycott Saudi Arabia
"Thanks for sharing informative blog with us regarding the halal meat revolution."
Boxed Halal Sustainability: The eco-halal revolution
"Salam. I am going to be blunt and honest with you. Girls who are doctors, ..."
Rubina Ahmed Looking for Love and Finding Awkwardness ..."
Browse Our Archives
Related posts from altmuslim