Brandeis Chooses Not to Tolerate Intolerance 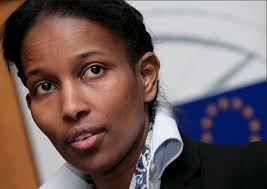 Ayaan Hirsi Ali is a polemic figure. Her atheist supporters laud her as a fierce and much needed critic of Islam. Her Muslim opponents see her as a blasphemous apostate, some of whom have heaved very real death threats upon her. Brandeis University, which planned to award Ali with an honorary degree in May, recently decided that it wanted no part in the polemic divide that surrounds Ali. On April 8, Brandeis President Frederick Lawrence announced publicly, shortly after a private phone call with Ali informing her of his decision, that the university would no longer honor her.

The decision surprised and offended Ali and her loyal supporters. But for her opponents, like the Muslim students at Brandeis and the Council on American-Islamic Relations (CAIR) who put pressure on the university to renege on the honorary degree – it was a small victory.

To understand why Brandeis made the decision it did, and why Muslim students and CAIR protested Ali, one must take a look at Ali’s history and words.

Ali’s anti-Islamic fervor is based in her own history and experience. Born into a religious Muslim family in Somalia, Ali suffered through the torture of female genital mutilation (FGM) at the age of 5. Later she was arranged to be married to a distant cousin in Canada, without ever having her opinion on the matter heard. Ali never actually married her cousin; while on her way to Canada, she stopped in Germany and ran away to Holland, where she applied for asylum.

She was told that escape from an arranged marriage was not grounds for asylum, so Ali falsely declared that she was escaping persecution in Somalia. While in Holland, she says she was exposed to Muslim women who had suffered through domestic violence, which led her to work with Theo van Gogh on the 2004 film Submission. The movie enraged one crazed Muslim man so much, that he viciously murdered van Gogh in the street and threatened to do the same to Ali.

By no means should such a past be downplayed. Ali has wrongfully suffered for her opinions and ideas, mainly at the hands of enraged Muslims. As a result, Ali has become a fierce opponent of Islam. Ali has allowed her own personal experiences with Muslims to determine how she views the whole of Islam. Unfortunately for Islam and the majority of peaceful Muslims, this is how most Islamaphobes come to their conclusion. However, Ali is not your average Islamaphobe. She is heralded as a leading voice and activist for women’s rights and has a position with the conservative think tank, American Enterprise Institute. Thus, Ali’s words and writings are treated like the works of an academic or scholar.

Yet, her words and arguments are not academic or scholarly. Her words form an anecdotal rhetoric that paints a community of over 1.5 billion Muslims as backwards and irrational. Ali strives to promote the rights of women, particularly those in Muslim lands, by demonizing the religion and beliefs of those women. To her, their oppression is caused by their religion.

Her rhetoric, however, crumbles when one understands that FGM, domestic violence, and forced marriage are not condoned in the Quran or in the actions of the Prophet Muhammad (pbuh) – the primary sources of all things Islamic. She conveniently chooses to ignore these facts. Instead of seeing the oppression of women in Muslim lands as part of a global issue with how humanity treats women – regardless of race, color, creed, or nationality, she decided to pinpoint Islam as the sole perpetrator of all things evil.

In a Guardian profile of Ali, written to promote her 2007 book Infidel, the writer states: “It should be said that in Infidel Hirsi Ali specifically states that FGM predates Islam, is not limited to Islam and that it is not practiced (sic) in many Islamic countries. However, she adds, it is very often ‘justified in the name of Islam.’”

Furthermore, when asked in a 2007 Reason magazine interview whether Islam could play a role in effecting political and social change, Ali did not mince her words. She replied “only if Islam is defeated.” When asked if she meant “radical Islam” instead of all 1.5 billion practitioners of the religion, Ali coldly replied, “No. Islam, period. Once it’s defeated, it can mutate into something peaceful. It’s very difficult to even talk about peace now. They’re not interested in peace. I think that we are at war with Islam. And there’s no middle ground in wars.”

If Ali was truly trying to improve the situation of Muslim women who are victimized by patriarchal and tribal interpretations of Islam – views which she even admits are not Islamic as they predate the religion and are practiced in a very small percentage of Muslim communities, she wouldn’t be denigrating the whole of Islam. Her approach is not driven by an academic or scholarly need to help the oppressed; rather, it is a weakly disguised anti-Islamic screed justified by her own personal experiences.

She has proven that she has no interest in reforming the traditions associated with Islam or to approach the source of the religion, the Quran, with anything other than contempt. Ideologically, her close-minded approach closely mirrors ignorant Muslim scholars, whose preachings in the name of Islam are antithetical to the religion.

Ali once said that “tolerance of intolerance is cowardice.”  In her attempt to combat the oppression of Muslim women, Ali has actively promoted hatred and intolerance of Islam. Ali is not a savior of women or a reformer of Islam. She is an intolerant polemicist more interested in provocation than prevention.

Brandeis grew wise to this intolerance and decided to follow Ali’s own word:  By withdrawing the honorary degree that was supposed to go to Ali, the university decided not to tolerate intolerance – Brandeis chose not to follow the path of the coward.

Obaid H. Siddiqui is a writer and journalist based in Philadelphia. He is a contributor to the anthology “All-American: 45 American Men on Being Muslim.” 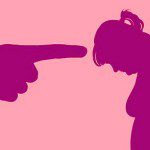 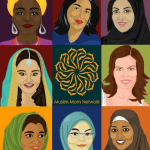 April 16, 2014 Why Do We Need a Muslim Mom Network?
Recent Comments
0 | Leave a Comment
Browse Our Archives
Related posts from altmuslim