The Problem with Shaming 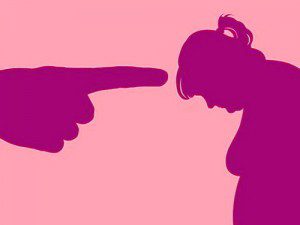 A woman is surrounded by the members of her community, attacked on all sides by questions, accusations and snide comments. They demand answers to what they perceive to be an egregious action, and there is nobody around to speak up for her. Her voice is paralyzed in front of their accusations. They shame her, verbally assault her and degrade her position in society. Where she was previously regarded with the greatest of esteem and honor, there are now doubts being called to her every action.

This is familiar enough of a situation for our community these days — taking place online and in person — accusations and judgment spread both in the form of whispered rumors and direct attacks. Our community regularly witnesses acts of shaming, but the story of related above is no ordinary story: It is the story of Maryam (AS) and her son’s birth, Isa (AS).

Surprised? Is the story making you uncomfortable to realize the lesson hidden within? The story of Maryam (AS) is literally one of the oldest stories of shaming in the Islamic tradition, and the its lessons hold true century after century. So why is our community today still unschooled?

What is shaming really? It is, in the simplest of ways, an effort to make another person feel a strong sense of unworthiness, guilt and embarrassment. It’s achieved regardless of the backstory or intention or the person doing the shaming, by causing the victim to feel unwelcome in the environment, path or tradition they have chosen to pursue. It is the most basic form of bullying, denying the formation of a constructive solution and choosing instead to rob the attacked individuals of the right to have their own experiences, background and future.

It is an act practiced, with little thought to repercussions, quite regularly by the Muslim community.

Borne out of so-called well intentions, shaming attacks those in the community deemed to be wrong or misguided or simply veering too much off the greater communal path. You see it in the way people are pushed out of the mosque through undercurrents of social pressure or by face-to-face confrontation. It’s noticeable in the manner with which some women’s hijabs (or the lack thereof) are criticized constrained publicly within traditional beliefs of what the scarf is meant to be.

Shaming is rooted in historically-formed power dynamics, perpetuated by those in positions of privilege: Born-Muslims shaming converts for not immediately fitting to their ideal; older community uncles and aunts pushing “misguided” youth outside of the mosque; those speaking out against the weary status quo being labelled by the majority as “other” or “secular.” In each instance, those attacking feel utterly justified — their cause becomes a banner to be held by others in agreement, intent only on ensuring that the attacked conforms to what they deem to be the right way, the only way to be a “good” Muslim.

The act of shaming is a victory for no one: Not the shamer, not the community and never the one being shamed. Admonished throughout our religious history, we still continue to encourage those who shame to continue to break down the community – an encouragement manifested both verbally and through silence. Those being shamed never “learn” what was really being “taught” through the attack, instead, they experience feelings of inadequacy, other-ness and loneliness.

Years ago, a friend near to me was loudly shamed by a prominent auntie for wearing clothing the woman deemed inappropriate to the mosque. The clothing was the same that any teenage Muslim girl would wear, and was wearing, to the mosque. But for some reason, my friend was chosen as the scapegoat for the auntie’s wrath in a room full of halaqa-goers. The shaming served only to alienate my friend from the mosque: Where she had felt marginally accepted before, she now felt she had lost the permission to be a part of.

What remains starkly missing throughout all these accusations is the empathy and understanding that even amidst our differences, we are all part of a community seeking betterment in the name of the Most Merciful. When will we begin to understand that our very humanity excludes us from those given permission to judge and shame?

The notion of community will continue to remain elusive and exclusive only to those aligning within a distorted binary of “what’s right” if we continue to allow shame to permeate our communal bond as Muslims. Instead of working to create a lack of trust and belonging, we must work instead to foster acceptance, empathy and, at the very least, tolerance of the differences our community members possess.

We have a responsibility as a community to ensure that we do not repeat the story of Maryam. Yet it remains to be seen whether we will change our present — or whether shaming in our communities will continue to be our future. The next step is in our hands.

Laila Alawa is a columnist for Altmuslim. She is a a Muslim feminist, writer and cultural critic who has been published at The Huffington Post, The Guardian, and ILLUMEMedia, and serves as the founder and editor of Coming of Faith. She conducted a study on Muslim American perceptions of belonging, and is based in Washington, DC. Follow her on Twitter at @Lulainlife. 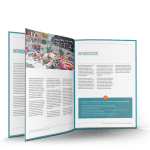 March 28, 2014
Empowering the Community to Deal with Extremism in Our Mosques
Next Post 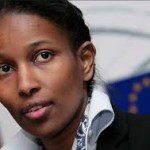 April 10, 2014 Brandeis Chooses Not to Tolerate Intolerance
Recent Comments
0 | Leave a Comment
Browse Our Archives
get the latest from
Muslim
Sign up for our newsletter
POPULAR AT PATHEOS Muslim
1