I address you with the blessed greeting of Islam, under the assumption that you are a Muslim and taking into account your statement that you are working in the cause of Allah. It is my understanding that you have received an Islamic education, and have been accustomed to delivering the khutbatul Jum’ah (Friday Sermons). Therefore, I pray to Allah that you remember the good of your teachings, that which upholds the honor and respect due to a Muslim. And, I implore you, as well as myself, to fear Allah be He Exalted and Glorified.

I am the imam of a mosque in California in the United States of America, and although I am an American, I do not represent any government, any organization, any group or sect in my address to you. However, I represent myself as a Muslim of conscience whose intention is to offer you sincere advice (naseeha), as it is your right,, and who finds your taking hostage of blameless young women, and murder against the innocent to be a reprehensible act that warrants condemnation as well as reprisal.

First of all, let me remind you of the words of our Lord, Allah, which there are no other gods beside Him; “Let there arise out of you a band of people inviting to all that is good, enjoining what is right, and forbidding what is wrong: They are the ones to attain success. [3:104]” By these words, I am therefore obligated, to condemn your act of taking innocent female hostages, who were not armed, were not engaged in any military action against you, and with whom you had no legal contract of guardianship according to the laws of Islam.

Your removing them from the shelter of their beds is an affront and a violation of their safety guaranteed to them by the law of God; “The Muslim is the one from other Muslims are safe from his hand and his tongue. [Muslim]” It is also a violation of their honor which is sacred according to the edict of our holy Prophet (saw). These young women bear no crime which warrants their captivity and being held against their will. It is my duty to advise you that you are in violation of international law, and more importantly, the laws of God Almighty, Allah be He Exalted and Glorified.

If you claim that you have taken these girls as captives under the auspices of war, then I reiterate to you that these young women were clearly non-combatants, whose presence at the school (which you destroyed without cause), was to gain an education. And, they were clearly not armed, . If you still claim that you are at war, and that they were indeed the spoils of war, then they have the right to be ransomed by their families, a right that you neglected.

If you seek to force them into sex with your followers then verily Allah has said: “But force not your maids to prostitution when they desire chastity, in order that ye may make a gain in the goods of this life. But if anyone compels them, yet, after such compulsion, is Allah, Oft-Forgiving, Most Merciful (to them). [24:33]”

Regarding your claim that you are at war against Western Education, then you should know that seeking knowledge is a means by which people come to know Allah, be He Exalted and Glorified. Our scholars, may Allah have mercy upon them, have consistently upheld the value of education, and our beloved Prophet (saw) has said: “Seeking knowledge is incumbent upon every Muslim.” You should know also that knowledge does not belong to the East, nor to the West. All knowledge is the property of the Almighty God, Allah. Of it, is that which is beneficial, and that which is not beneficial. Thus your jihad against western education is a jihad created by your own whim, as it lacks textual merit according to our scriptures.

As for your desire to make your illegally acquired captives into wives, then you should know that marriages are invalid without the permission of a guardian. This is based upon the hadith of the Prophet (saw): “There is no marriage without a guardian and two witnesses. [Abu Dawood]” The lawful and rightful guardians of your captives are their fathers, their brothers, their uncles and those who are duly charged with guardianship by legal right according to the Quran and the Sunna.

The whole world finds your taking hostage of more than 200 innocent Nigerian girls in the still of night a reprehensible and condemnable act. It is an action that breaks all laws of civility, decency and moral uprightness. If the injunctions of our Lord (and world opinion) are of no concern to you, then consider if your own daughters, sisters and mothers were taken by force in the middle of the night and forced into captivity against their will? Undoubtedly, you would condemn such an action and find it distressing.

Therefore consider the parents, the brothers, the sisters and the relatives of those whom you have taken captive and have forcefully cut them off them from their families, while Allah sub’haanahu ta’ala has commanded that family ties are maintained and not broken. Furthermore, our beloved Prophet (saw) has declared that: “none of you have (truly) believed until he loves for his brother what he loves for himself.” It is not befitting for you to claim to follow Islam while disregarding its most sacred tenants.

As for your slaughter of Christians, the burning of their villages and the terrorizing of their populations, you should know that under sacred law, it is not permissible for you to fight those who do not fight you and who have not kicked you out of your homes. “Allah forbids you not regarding those who do not fight you in your religion, and do not expel you from your homes, to do good by them and treat them justly, for verily Allah loves the just. [60:8]” Their safety, and the safety of all non-combatants is a trust between you and Allah be He Elevated and Glorious, far above what they ascribe to Him.

Our beloved Prophet (saw) had covenants with the Christians of Najran, the Christians of Assyria and the Monks of Mount Sinai that remained in effect up until his death and that were upheld by the Khulafaa Ar-Raashideen (caliphs) and those that followed. These covenants, guaranteed their safety as non-combatants. It is not permissible for you to break the covenants with the Christians that have been enacted by Allah and His Messenger. If you want Allah’s help in your endeavor, then you must take heed to being just and righteous and uphold that which Allah and His Messenger (saw) upheld You must fear Allah, for surely Allah does not aid the wicked.

I appeal to your knowledge of the Quran and the Sunna, which both expressly prohibit the taking of the innocent into forced captivity, and to your reality that you will have to answer to Allah on a day where there will be no shade except His shade, and risk eternal condemnation to the hell fire. I urge you to repent for your actions, for Allah is forgiving and Merciful, and I humbly request that you return your captives, safe and unharmed to their parents and to the bosoms of their mothers, who have cared for them since birth, nurtured them, and who have more right to them than you do.

As verily our Lord commands: “Verily God commands you to remit the trusts to whom they are do, and when you judge between people, judge between them in fairness. [4:58]”

Your actions constitute oppression, so beware of the supplication of the oppressed, for there is no barrier between it and Allah. And let this open worldwide letter serve as reminder and as a hujja (proof) for you or against you on the day when you will stand before Allah, the Almighty, and are compelled to answer for these reprehensible actions. The beloved companion of the Prophet, Umar Ibn al-Khattaab, once said: “Fear your sins more than you fear your enemy because your sins pose a greater threat to you than your enemy does.”

May Allah guide you, myself, and all others who lead, or follow, to justice and mercy.

Imam Luqman Ahmad is the Imam and Executive Director of Masjid Ibrahim Islamic Center in Sacramento, California. He can be reached at imamluqman@masjidibrahim.com. http://www.masjidibrahim.com. 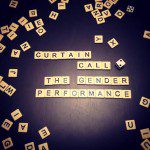 May 12, 2014
How to Foster Safe Vulnerability in the Muslim Third Space - The Townhall Dialogue Series
Next Post 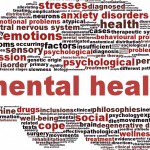 May 22, 2014 The Power of Perception and the Stigma of Mental Illness in Our Muslim Community
Recent Comments
0 | Leave a Comment
Browse Our Archives
Related posts from altmuslim