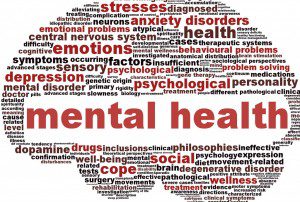 I usually say it with a smile and a laugh. “I’m depressed, you know.”

It’s my response to conversations on mental health in our community that often spiral into the “we don’t have those issues in our community” declaration. My response always comes as a shock to the person I am speaking with — their mouth opening for a split second as they struggle to process the information.

For a moment, their worldview has been shaken as they take in the person standing in front of them, a person who seemingly has her life in order. Their perception of me is one formed on assumptions and impressions, all of which can be easily manipulated by me, whom the perception is about.

Perceptions are everything when it comes to those struggling with a mental illness. They are the semblance of sanity and the mask to be put on in the morning when we head out the front door. Yet the so-called reflection of reality seen in perceptions cannot be further from the truth – a truth hidden simply because of a feeling that if it is known, the community (and those around us) will not be able – or willing – to handle it.

Take my conversation, for example. It usually takes a good minute for my conversation partner to believe me when I make the confession about my depression. Because on the outside, it seems like I have everything in the bag: I’m a good, religious woman who works for the betterment of the community, has a steady paying job and has made it on her own. That must mean my life is in order, right? What the outside world sees must be the reality I face within, right?

To assume that our perceptions of those around us are the final say on their realities is petty, egregious and harmful. And these assumptions run rampant – we have come to believe that the in-person facades and online personas of people around us are the final truths. It leads to a crushing sense of loneliness for those struggling and a feeling that translates into fear of reprisal and ridicule if one should reach out to those around them for help.

We Are Mentally Struggling

But here’s the truth: A Gallup poll titled “Muslim Americans: A National Portrait” found that 56 percent of Muslim Americans say they are “struggling.” “Given that one in four Americans suffers from a diagnosable mental disorder, it can only be further extrapolated that the Muslim American community has a problem. On top of that, young Muslim Americans between 18-28 years old are the least happy compared to youth of other faith groups in America.

So with that in mind, why is there a continued insistence on trusting what we see from others rather than what we hear coming from them? It’s a phenomenon perpetuated by an increased engagement with living our lives through social media – we tend to believe the updates we hear rather than the response we get when we ask others, “How are you?” It leads me to wonder whether we as a community are afraid of the truth – which the struggles and trials our peers and friends are undergoing are not always going to be perceivable from the safe distance most of us keep.

There is a certain sort of irony present in the fact that so many Muslim Americans pursue professions in the field of medicine: A dedication to making people feel better that does not always translate into an understanding of the struggle facing those with mental health problems. In fact, within our community, stigma rears its ugly head in the form of the belief that mental health issues are punishments from God: Shameful to speak about and certainly shameful to seek help for.

The stigma surrounding mental health issues only serves to alienate those open about their issues and smother those still trying to come to terms with the fact that something may be wrong. Wrapped about it all is the gauzy film of public assumptions, dangerous in the way that it causes us to believe everything is okay without even asking.

Understanding the danger that silence, perception and stigma brings to both the community and those coping with mental health problems is one step we must take. Another is to actually ensure that the harmful loop of stigma and silence is broken within our community from hereon out.

Organizations are beginning to develop, specifically tackling the issue of mental health in Muslim communities, like American Muslim Health Professionals. We must realize as a Muslim community that seeking help is not to be regarded with disgust. Shame must not be integral to being open about our mental health. And, this can be fostered through mosque and community forums which openly discuss issues that might otherwise be considered taboo. Ultimately, the only progress that will happen is progress we undertake ourselves.

We owe it to the health of the community to begin listening when we ask the question, “How are you doing?” Too often has this question been voided of its true meaning, and we have a responsibility to begin listening to the answer our friends, peers and community members give us. Looking past our pre-formed perceptions and assumptions might take a little getting used to, but ultimately, it will give us the chance to really understand what’s going on – and what to do when the answer isn’t “I’m fine, Alhamdulillah.”

In the words of the Prophet (SAW): “Those who are kind and considerate to Allah’s creatures, Allah bestows His kindness and affection on them. Show kindness to the creatures on the earth so that Allah may be kind to you. (Abu Dawud and Tirmidhi)”

Laila Alawa is a columnist for Altmuslim. She is a writer and cultural critic who has been published at The Huffington Post, The Guardian, School Library Journal and PolicyMic, and serves as the founder and president of Coming of Faith LLC. She is an associate editor at The Islamic Monthly.  She conducted a study on Muslim American perceptions of belonging, and is based in Washington, D.C. Follow her on Twitter at @Lulainlife. 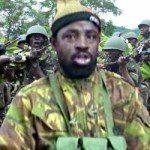 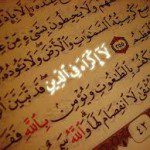 June 3, 2014 Apostasy Laws and Blasphemy in Islam - Islamic or Not?
Recent Comments
0 | Leave a Comment
Browse Our Archives
Related posts from altmuslim