This article comes on Day 23 of our special Altmuslim/Patheos Muslim Ramadan #30Days30Writers blog project, in which we are showcasing the voices of 30 Muslim leaders, activists, scholars, writers, youth and more (one on each day of Ramadan) as part of our commitment to own our own narratives and show how we are one Ummah, many voices. To demonstrate how our Ramadan experiences are shared yet unique to each of us. 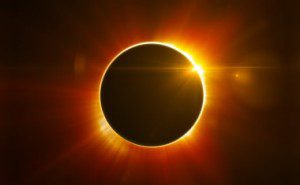 For Ahmadi Muslims, Ramadan provides an additional proof of Prophet Muhammad’s truthfulness. Interestingly enough, this is a proof the rest of the Ummah either ignores, is unaware of, or consciously rejects.

This powerful proof I speak of is Prophet Muhammad’s prophecy of the eclipses. Both Sunni and Shi’a ahadith sources attest to this prophecy. Among Sunni sources, Dar Qutni records this well-known hadith, which advises Muslims of one of the irrefutable signs of the coming of Messiah and Mahdi.

This is a profound prophecy for several reasons.

First, believer or not, Muslim or not, everyone must agree that it would have been impossible for the unlettered Prophet Muhammad to make this prophecy of an event over a thousand years in the future with absolute certainty and without the aid of any scientific instruments — and be accidentally correct.

Second, Prophet Muhammad put his reputation on the line. If he made the prophecy and it did not come true, it would cast his truthfulness into suspicion and doubt.

Third, this prophecy puts any claimant to the office of Messiah and Mahdi to the test. That is, if a person claims that God has commissioned him to be the foretold Messiah and Mahdi, and this prophecy is not fulfilled, then it is a clear sign that the claimant has fabricated his claim. Indeed many throughout history of claimed to be the awaited Mahdi, but only one stands out—Hazrat Mirza Ghulam Ahmad.

When Hazrat Mirza Ghulam Ahmad laid claim in 1891 to be that awaited Messiah and Mahdi foretold by Prophet Muhammad, his opponents mocked him that where were the promised eclipses to attest to his truthfulness? Hazrat Ahmad responded that the eclipses would happen with certainty only because Prophet Muhammad said they would happen.

The laws of astrophysics teach that the moon can eclipse on three possible days in Ramadan—the 13th, 14th, or 15th. The sun can eclipse on the 27th, 28th, and 29th. Thus, during Ramadan in 1894 the moon eclipsed on the 13thof Ramadan, i.e. the first of possible nights, and the sun eclipsed on the 28th of Ramadan, i.e the middle of possible nights — exactly as Prophet Muhammad foretold some 1300 years prior.

Critics object that such eclipses had occurred in Ramadan before. Certainly they had. But this does nothing to invalidate this prophecy as Prophet Muhammad said that the two eclipses would attest to the truthfulness of the Mahdi’s claim — thus a claimant had to first exist. And history records that never before had any person claimedprior to the eclipses that he was the awaited Messiah and Mahdi. Indeed, anyone could witness the eclipses and claim they were for him. Only one informed by God could make the declaration beforehand. And since the time Prophet Muhammad made this powerful prophecy, only Mirza Ghulam Ahmad stands out as in 1891 he laid claim as the awaited Messiah and Mahdi before such eclipses occurred in his lifetime. In fact, while the 1894 eclipses were witnessed in the Eastern hemisphere, in 1895 the Western hemisphere witnessed the same eclipses and hence the same fulfillment of Prophet Muhammad’s prophecy. Literally every person on Earth witnessed this powerful prophecy fulfilled.

Thus, it is no coincidence that the Ahmadiyya Muslim Community, now in over 204 nations, is the world’s single largest Muslim organization united under one Imam, His Holiness the Khalifa of Islam, Mirza Masroor Ahmad. It should be no surprise that the Ahmadiyya Muslim Community is also the fastest growing sect in Islam. Muslims from all sects—Sunni, Shi’a, Nation of Islam, Ismaeli, and many others are peacefully uniting under this one flag of the Imam Mahdi and Messiah.

This success is Divinely blessed and due only to obedience to the Master Prophet Muhammad, as manifested again and again every year during the blessed month of Ramadan.

Qasim Rashid is an attorney and author of the #1 Amazon Best Seller on Islam, EXTREMIST. He’s a national spokesperson forAhmadiyya Muslim Community USA. Find him on Twitter @MuslimIQ and at facebook.com/TheWrongKindOfMuslim.

[1] (Sunan al-Dārqutnī, Vol. II, Bāb Siffat Salāt al-Khusūf wa al-Kusūf wa Hayta’humā [Chapter: Qualities of the Prayer at the Eclipses of the Sun and Moon, and other matters concerning these two], Kitāb al-’Īdayn [Book of the Two ‘Īd Festivals], Hadīth #10 of the Chapter, and #1771 of the Volume). 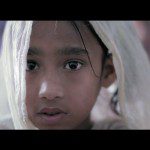 July 21, 2014 Ramadan 2014 - A Creative Reflection on the Beautiful ADAM (African Diaspora American Muslims)
Recent Comments
0 | Leave a Comment
"FsyYOU are hate. Period."
Soren A Ramadan Testimonial of Repentance and ..."
"Thank you for sharing this article along with detail information, and you have mention the ..."
wazeer shaik The Path Through Hajj – One ..."
"Tamerlane is considered an oppressor amongst Islamic scholars and an anti-hero in Islamic culture. It's ..."
Ali Inspiration: Star Wars: An Islamic perspective
"did you head to syria? did you take ilisha?"
mike malzahn Quran, Hadiths or Both? Where Quranists ..."
Browse Our Archives
Related posts from altmuslim