The Golden Rule to Becoming Better People Through Religious Practices

As we near the end of Ramadan, it is appropriate to reflect on the purpose of this sacred month. Throughout the month, Muslims have engaged in a number of special spiritual practices, including fasting, supererogatory prayers and the reading of the Quran. All of these actions are aimed at achieving ihsan, an Arabic term that means simultaneously the perfecting of one’s character, the deepening of one’s relationship with God and the perfecting of good conduct towards fellow human beings.

While Muslims, like other religious practitioners, are often painstakingly meticulous in their focus on and adherence to the specific rituals and acts of worship that are meant to lead to ihsan, it is often the actualization of ihsan where human beings fall short, thereby missing one of the most important purposes of our religious endeavors.  Whether something as mundane as overlooking the needs of others when serving oneself at a Ramadan dinner, to the worst example of contravening ihsan through violence against others — this is the pivotal issue for religious communities today and the reason that religious practitioners often have a bad reputation in an increasingly secular world.

Central to ihsan is the readiness to treat others as you want them to treat you, the ethic expressed by various forms of the “Golden Rule” in virtually all religious traditions. The classic Western expression of this “ethic of reciprocity,” as it is called, is found in the Gospels of Matthew and Luke (7:12 and 6:31 respectively): “Do to others as you would have them do to you.”

The Jewish tradition expresses a similar idea in negative form:  “That which is hateful to you, do not do to your fellow. (Talmud Shabbat 31a)” This saying is attributed to the great sage Hillel, a contemporary of Jesus, who reportedly uttered it when a Gentile offered to convert to Judaism if Hillel could teach him the whole Torah while standing on one foot.

The most pointed Muslim expression of the ethic of reciprocity is found in a hadith or, a saying of the Prophet Muhammad (pbuh): “Not one of you is a believer until he wishes for his brother/sister what he wishes for himself. (An-Nawawi 13)” This version of the Golden Rule adds depth to the Christian and Jewish versions; while the latter refer solely to outward behavior, the Muslim version speaks to an inward dimension: The believer must not only do what the other wants but must desire what the other desires. Implied here is the idea that right actions must spring from right character. In other words, this saying speaks directly to the concept of ihsan that is central to the observance of Ramadan and indeed to the whole endeavor of Muslim spirituality.

This connection between inner character and outward behavior is, of course, also a mainstay of Jewish and Christian traditions. In rabbinic texts, Rabbi Akiva, agreeing with Hillel that the commandment of love of neighbor (Leviticus 19:8) is the foundation of the Torah, grounds the commandment in the common nature that all human beings share from Adam. In other words, it is the inner realization of our shared human nature that impels us to love of neighbor (a term the rabbis interpreted to mean all humanity, including foreigners.) In Christianity, Jesus’ insistence on inner righteousness is central to his message:  “Out of the abundance of the heart the mouth speaks. (Matthew 12:34)”

Hindu tradition likewise affirms the bond between inner character and the observance of the Golden Rule. In the great Indian epic the Mahabharata, the wise minister Vidura advises his king as follows: “Listening to wise scriptures, austerity, sacrifice, respectful faith, social welfare, forgiveness, purity of intent, compassion, truth and self-control — are the ten wealths of character… Hence, (keeping these in mind), by self-control and by making dharma (right conduct) your main focus, treat others as you treat yourself. (Shanti-parva 167.9)”

A classic Buddhist expression of the ethic of reciprocity also affirms the connection between inner and outer: “Look where you will, there is nothing dearer to man than himself; therefore, as it is the same thing that is dear to you and to others, hurt not others with what pains yourself. (Udanavarga 5:18)” Here, the observance of the Golden Rule springs from the inner realization of one’s commonality with fellow human beings — echoing the Muslim and Jewish view that humanity’s common descent from Adam is the root of the commandment of love.

In all these traditions, the Golden Rule, the touchstone of human character, rests on the harmony of inner spirit and outward behavior; and the imperative of love and compassion is a major motivation for the inward cultivation of the spirit. All our traditions affirm that without that inward cultivation—the fundamental goal of all religions—our behavior towards others will always ring hollow—and even worse, directly contravene our religious teachings. This cultivation of spirit, while not exclusive to religion, is nonetheless one of religion’s primary gifts to humankind. In this season, sacred to the second-largest religious community in the world, people of all faiths have the obligation to remind firstly themselves, and secondly others, of religion’s role in promoting a spirit and practice of true brotherly/sisterly love, compassion and harmony. 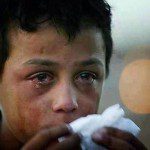 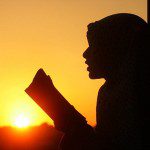 July 18, 2014 Ramadan 2014 - Discipline from Sundown to Sunrise
Recent Comments
0 | Leave a Comment
"Thanks for sharing informative blog with us regarding the halal meat revolution."
Boxed Halal Sustainability: The eco-halal revolution
"Salam. I am going to be blunt and honest with you. Girls who are doctors, ..."
Rubina Ahmed Looking for Love and Finding Awkwardness ..."
"FsyYOU are hate. Period."
Soren A Ramadan Testimonial of Repentance and ..."
"Thank you for sharing this article along with detail information, and you have mention the ..."
wazeer shaik The Path Through Hajj – One ..."
Browse Our Archives
Related posts from altmuslim