Why Gun Control Should Focus on Right-Wing Violence instead of ‘War on Terror’ and Muslims June 22, 2016 Guest Contributor

Last week 49 individuals were brutally murdered at the Pulse nightclub, which caters to  queer and trans Latinx communities in Orlando. This mass shooting is one of the deadliest within the past year, and specifically targeted POC Lesbian, Gay, Bisexual, Trans, Queer and Gender Non-Conforming (LGBTQGNC) communities.

In the aftermath of this massacre, the media and policy narrative has de-centered the victims and focused more on the Muslim, Afghan and Pashtun background of the shooter. This has resulted in more support for anti-Muslim policies, increase in backlash against Muslim communities and unfortunately a gun reform debate that is using Islamophobia to garner support. Though four gun control bills died in the Senate, a new bipartisan measure is up for debate.

More specifically, in the wake of the Orlando attack and the perpetrator’s identity as Muslim, two democratic bills were introduced in Congress calling for terror watch lists to be used in order to prevent individuals on the list from purchasing guns, rather than requiring background checks on any purchaser of a gun or by closing loopholes in how guns can be purchased.

Introducing the use of terror list ignores the fact that white men disproportionately commit gun violence. Additionally, in the wake of Orlando, New York’s Senate approved the first ever terrorist registry, which alarmingly allows Muslims to be publicly listed on a registry without having been convicted of terrorism.

While many have heralded these bills as being active steps towards gun control, advocates of the bill have failed to recognize the pitfalls in the terror list; namely that it has more than 800,000 names, utilizes erroneous processes for inclusion and has virtually no measures in place to for individuals to contest their name on the list.

Moreover, anyone can be put on the watch list if the government believes they “might” commit a crime. And, perhaps most importantly, the list is exclusively composed of Muslims; in other words, White men need not worry about new measures to curb the purchase of guns using the terror watch list.

The current gun control debates are happening in the context of the War on Terror, where terrorism has been socially constructed as a distinctly Muslim crime. Therefore, attempts to consider others acts of terrorism, such as the murder of nine Black parishioners at the Emanuel African Methodist Episcopal Church in South Carolina by Dylan Roof, a White male, are systematically ignored.

While the government and media focus on the terrorism committed by Muslims, organizations such as the Southern Poverty Law Center’s (SPLC) have demonstrated the real and significant threat emerging from the right. The SPLC’s recent report counts 892 hate groups operating in the country and 998 Patriot/anti-government groups and consisting of the KKK, Neo-Nazis, White Nationalists, racist skinhead, Christian Right groups and Neo-Confederate groups.

However, when terrorist incidents occur by the hands of such groups, there aren’t any policies calling for the racial profiling of White men or banning Christians from America. To do so would be seen as ludicrous, because White communities are seen as deserving of their full humanity and rights. However, for communities of color, including Muslim communities, the social construction of Muslims as terrorists has trumped a systematic analysis of the causes of gun violence and hate crimes.

In this vein, Sen. John Coryn (R), who proposed one bill, stated that “Islamic extremists want the American people to trade our liberties and values with fear and panic.” Again, rather than view gun violence as endemic to the United States, an unsubstantiated and mostly negated theory that Omar Mateen had connections to ISIS has allowed government officials to sidestep the real cause of gun violence and to magnify acts of violence committed by Muslims.

These measures, operating through the paradigm of the War on Terror, are effectively shifting the problem of mass shooting to Muslims by negating and erasing the crimes that White males are responsible for the majority of mass shootings. For example, data compiled by Mother Jones found that between 1982-2016, White men make up the overwhelming majority of shooters.

According to Huffington Post analysis, 64 percent of victims of mass shootings are women and children. And in 57 percent of shootings, the perpetrator also targeted family members. Thus White men aren’t the majority of victims yet have the most say in designing and implementing public policy.

This fact, among others, helps to explain why policy responses have treated White crime as exceptional, while Muslim crimes are seen as inherent and inevitable. Moreover, this means that Muslims once again, are being socially constructed as terrorists and are seen as the face of mass violence, which is then followed by supporting the existing anti-Muslim policies while providing the impetus to create new ones.

It is in this vein that Islamophobia is being used to deflect attention away from interrogating the root causes of the massacre at Orlando. Simultaneously, the erasure of the intersectional identities of the victims simplifies the tragedy by reducing it to being about an individual Muslim perpetrator who supposedly killed LGBTQGNC people of color because his culture and religion are barbaric, inherently homophobic, and violent.

This narrative erases the fact that Mateen worked in a private prison abusing youth and looked up to the NYPD, policing and correctional institutions that are built upon white supremacy and a toxic masculinity that glorifies and attains its White male privilege on the massacre of Black and Brown bodies. This violence is American as apple pie and in order to truly address the epidemic of gun violence, it’s important to address the underlying systems of dehumanization that hate is rooted within.

Guns are the tools that enable hate, but it’s important to examine what drives an individual to obtain guns and massacre communities. Moreover, this hate violence cannot be seen in a vacuum and must also call into question the institutions of the state for their policies that institutionalize discrimination.

Therefore, in addition to the evasion of critical discussions on the roots of gun violence, these problematic bills further institutionalize Islamophobia. It’s critical to remember that the answer to ending Homophobia, Transphobia, Queerphobia and interconnected systems of dehumanization isn’t furthering Islamophobia, especially when there are Muslim communities who live at the intersection of multiple identities.

As long as any community member is dehumanized for identifying a certain way and being who they are, we truly cannot experience collective liberation. Our struggles are interconnected and if any members of our communities are targeted, none of us are truly safe.

Darakshan Raja is Co-Director of the Washington Peace Center and Founder of the Muslim American women’s policy forum. Dr. Maha Hilal is the Executive Director of the National Coalition to Protect Civil Freedoms, an organization dedicated to addressing civil and human rights abuses related to preemptive prosecutions and thoughts crimes in the War on Terror. 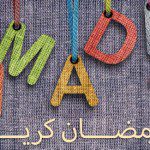 June 21, 2016
The Moral and Physical Benefits of Fasting in Ramadan
Next Post

June 22, 2016 Don't Forget the Disenfranchised - Lets Be a True Community this Ramadan
Recent Comments
0 | Leave a Comment
"FsyYOU are hate. Period."
Soren A Ramadan Testimonial of Repentance and ..."
"Thank you for sharing this article along with detail information, and you have mention the ..."
wazeer shaik The Path Through Hajj – One ..."
"Tamerlane is considered an oppressor amongst Islamic scholars and an anti-hero in Islamic culture. It's ..."
Ali Inspiration: Star Wars: An Islamic perspective
"did you head to syria? did you take ilisha?"
mike malzahn Quran, Hadiths or Both? Where Quranists ..."
Browse Our Archives
get the latest from
Muslim
Sign up for our newsletter
POPULAR AT PATHEOS Muslim
1