Why the Muslim Vote will be Crucial in this Election

Why the Muslim Vote will be Crucial in this Election October 13, 2016 Guest Contributor

This is the second in a four-part series focusing on the 2016 election cycle and how American Muslim communities factor into the political process. Click here for part one.

One of the hallmark theories in political science is the so-called “paradox of voting.” The reward citizens get from casting a ballot, according to this model, is a function of the benefit accrued from their preferred candidate being elected, multiplied by the probability that their vote would prove pivotal, minus any costs that the voter incurs.

In the vast majority of elections, however, the chances of your vote deciding who wins and who loses is so small that the potential benefit you would receive is just about always outweighed by any cost (whether in terms of time, effort, lost productivity, etc.). Viewed through a prism of pure self-interest, then, the act of voting is, in effect, irrational.

And yet, many people vote. Thus, the paradox.

To better explain why it is that citizens consistently take to the polls on election day in a seeming affront to rationality, scholars introduced into the voting calculus a direct utility gain, D, that captures the benefits voters receive (whether out of a sense of civic duty or partisan signaling) independent of their preferred candidate winning.

By all indications, American Muslims should have remarkably robust “B” and “D” terms in the 2016 election cycle.

Why Will Muslims Vote in November?

The nature of the current presidential campaign is likely to encourage many Muslims to go to the polls come November.

First, caring who wins (or loses) is one of the strongest predictors of voter turnout. A casual Google search would reveal all the ways in which the Republican nominee for president has advocated for policies and programs that would make life for American Muslims more difficult, to say the least.

Not surprisingly, a recent poll conducted by the Institute for Social Policy and Understanding (ISPU) found that a clear majority of Muslim respondents preferred a Democrat in the White House compared to only four percent supporting a Donald Trump presidency. In fact, Trump’s presidential bid is boosting American Muslim political activity generally, and voter registration and mobilization efforts in particular.

It is a staple of every presidential campaign season to hear pundits evoke the “most important election [of our lifetime/in a generation/ever]” cliché, but this saying has perhaps never rung more true for American Muslims.

Second, a close election is more likely to persuade potential voters to cast a ballot. That is, even if the probability that one’s vote is consequential does not change all that much, the perception that one’s vote matters more can itself condition electoral behavior. As late as September, national polls of the four-way race for the presidency had Donald Trump and Hillary Clinton in a statistical dead heat. Even as more recent polls show a consistent gap between the two major party candidates, this election cycle’s ebbs and flows should mitigate any confidence in the final electoral outcome. Couple this continuing (if somewhat tempered) uncertainty with American Muslims’ enhanced interest in this election, and you have the makings of a potentially historic turnout.

A final component in an expanding American Muslim voter base is increased political efficacy. Much like having a strong preference for a certain outcome, The belief that you have the ability to influence political affairs strongly predicts voter turnout. There is a sense that, even setting aside the Trump effect, Muslims are upping their political activity because they feel they can make a difference.

To that end, ISPU’s poll found that the primary reason Muslim respondents gave for why they would vote is a sense of civic duty (27 percent), which was even more determinative than feeling one’s vote might matter (22 percent). Stories of recent milestones in American politics, such as the likely election of a Somali-American woman to public office and the , work to reinforce this sense of empowerment and buy-in.

OK, but Should Muslims Vote in November?

Even with the potential threat that a Trump presidency poses, many American Muslims may nonetheless decide to abstain from given (what they perceive to be) an absence of any good options. To be sure, they are not alone in their dissatisfaction. Yet, there are at least three reasons American Muslims should vote this November even if they are not particularly inspired by the choices at the top of the ballot.

First, there is increasing evidence that voting is habit forming. Those who have voted in the past are more likely to vote again in the future. Thus, even those not especially moved to participate in this year’s election should nonetheless support mobilization efforts in that they build a more reliable base of voters for future cycles.

Second, the more American Muslims are regarded as reliable voters, the more elected officials will value their input. That is, when groups vote consistently and noticeably, politicians take note — and the converse similarly holds, as an interviewee in ISPU’s  American Muslims and Elections 2016 project underscored: “Politicians know who votes and who doesn’t. If you’re a voting community, they’ll come to you. If you’re not a voting community they’ll ignore you.”

Beyond having a greater likelihood of being courted, voters’ policy preferences are also better represented than those of non-voters — a point that, in our current political context, should motivate American Muslim voters all the more.

Third, a consideration particular to American Muslims in this current socio-political moment is that of optics. At a time when many openly deny that Muslims can be fully American, there is no better way to counter this toxic narrative than by the community displaying its democratic bona fides and political power in full force. Supplanting stock images of threatening, vaguely foreign figures with groups of Muslims queuing up to vote could go a long way toward shifting the political conversation in America.

There will be many Muslims heading to the polls this November. If you care about either the results of the current cycle or the prospects of better outcomes in the future, you should be among them.

Youssef Chouhoud is a doctoral candidate in the Political Science and International Relations program at the University of Southern California.  As a Provost’s Fellow, his research interests include political attitudes and behavior, survey methodology, and comparative democratization. Youssef’s work specific to American Muslims has utilized in-depth interviews, comparative historical analysis, and large-n surveys to shed an empirical light on this understudied population. 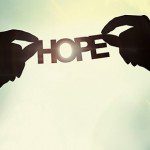 October 11, 2016
Beyond Party Lines: A Call for Moral Voting
Next Post

October 15, 2016 Three Men Arrested in Terrorist Plot on Somali Muslims in Kansas
Recent Comments
0 | Leave a Comment
Browse Our Archives
get the latest from
Muslim
Sign up for our newsletter
POPULAR AT PATHEOS Muslim
1