Why We’re Allies of the Muslim Community – Five Short Stories

Does it make sense that an organization named Islamic Networks Group (ING), whose mission is “to counter prejudice and discrimination against American Muslims by teaching about their traditions and contributions,” have a sizable number of staff members (five out of twelve ) who aren’t Muslim? We — the non-Muslim staff members at ING — think it does, especially in the current climate around Muslims and Islam.

While it is not common, we’re not the only Muslim organization to have staff who are not Muslim or have non-Muslims working in close partnerships (Muslim Public Affairs Council, MPAC, and Council on American Islamic Relations, CAIR, are two other that come to mind). There is a lot of good that comes out of this; the most positive is the development of real allyship.

Here are five testimonies from ING staff who are not Muslim, speaking to their common commitment to working with and for the Muslim communities and why they do so. 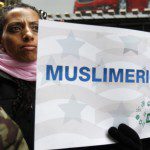 January 17, 2017
10 Ways to Be an Effective Ally to the Muslim Community
Next Post 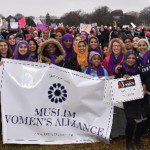 January 26, 2017 In Support of Muslims: Diverse Women's Marchers Pledge Unity for Multiple Causes
Recent Comments
0 | Leave a Comment
"Yow its so sad my eyes are sweaty😭BN.BELIEVE.ASIA/VZ7527IE"
Batelthda Gaslighting, Anti-Jewish and Anti-Muslim Rhetoric: What ..."
"Everyone's pervy minds will b opn ryt nw dmn!m.XIAOWANZI.INK\C7527Wg"
ThePumpkinQueen It’s Time to Boycott Saudi Arabia
"Thanks for sharing informative blog with us regarding the halal meat revolution."
Boxed Halal Sustainability: The eco-halal revolution
"Salam. I am going to be blunt and honest with you. Girls who are doctors, ..."
Rubina Ahmed Looking for Love and Finding Awkwardness ..."
Browse Our Archives
Related posts from altmuslim