10 Ways to Be an Effective Ally to the Muslim Community

Following the results of the 2016 Presidential election, I have received countless emails and phone calls about what others can do to stand alongside the Muslim community. As a white Christian woman , I struggle to respond because I am asking myself the same question: How can I be an effective ally to the Muslim community outside of my nine-to-five job? What can I do to lessen the discrimination experienced by my Muslim co-workers and friends?

And, while the question of what others can do for the Muslim community is simple enough, the answer itself is quite complicated. I wish the solution were as simple as making a donation to a local mosque, wearing a safety pin to demonstrate your solidarity or sharing an article about Muslim Americans on Facebook. The answer to combating Islamophobia isn’t something that can be done in ten minutes, an hour or even a week. The solution is long term and has so many facets that I’m anxious to spell it out for fear that the enthusiasm of allies will be lost because of the lack of immediate results.

But, just as Rome wasn’t built in a day, American’s misperceptions of Muslims weren’t created in this campaign cycle, and we cannot expect to provide an immediate solution. Here are ten ideas on what we as non-Muslims can do: 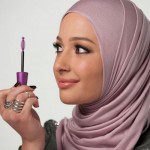 January 9, 2017
Who Benefits by "Hijabis" Featured in the Mainstream Fashion Industry?
Next Post 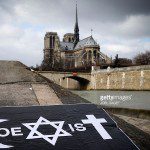 January 19, 2017 Why We're Allies of the Muslim Community - Five Short Stories
Recent Comments
0 | Leave a Comment
"Yow its so sad my eyes are sweaty😭BN.BELIEVE.ASIA/VZ7527IE"
Batelthda Gaslighting, Anti-Jewish and Anti-Muslim Rhetoric: What ..."
"Everyone's pervy minds will b opn ryt nw dmn!m.XIAOWANZI.INK\C7527Wg"
ThePumpkinQueen It’s Time to Boycott Saudi Arabia
"Thanks for sharing informative blog with us regarding the halal meat revolution."
Boxed Halal Sustainability: The eco-halal revolution
"Salam. I am going to be blunt and honest with you. Girls who are doctors, ..."
Rubina Ahmed Looking for Love and Finding Awkwardness ..."
Browse Our Archives
Related posts from altmuslim