After anticipating and analyzing for weeks what President Donald Trump’s new version of the travel #MuslimBan would entail, the 2.0 version was signed by the president today, removing Iraq from the original list of seven countries and listing more details regarding green card and visa holders.

Iraq has been removed from the original list of countries, which includes Syria, Sudan, Iran, Libya, Somalia and Yemen. Iraq was removed after an “intense review from the State Department to improve vetting of Iraqi citizens in collaboration with the Iraqi government.” Check out the full language of the executive order here.

In this CNN article, Secretary of State Rex Tillerson said,

“The United States welcomes this kind of close cooperation,” he said. “This revised order will bolster the security of the united states and our allies.” … The new version exempts people who hold current visas and drops an indefinite ban on Syrian refugees, reducing it to 120 days. It also makes clear that lawful permanent residents are excluded from ban.

The administration is hoping the added details and language will stop a repeat of the chaos that ensued when the #MuslimBan was first dropped on January 27th and be upheld in court. Protesters, civil rights activists and lawyers flooded airports all over the United States to help travelers who were being refused entry, separated from family members and sent back to the countries they were flying from. In the following weeks, as various organizations and states challenged the ban in court and Attorney General Sally Yates was sacked after refusing to defend the presidents executive order, a plethora of reports emerged of visas being cancelled, secondary questioning, Canadian citizens being refused entry into the U.S. and U.S. citizens being detained for hours, among many other problems.

It was reported that even Gold Star father Khizr Khan cancelled a scheduled appearance in Toronto because his travel status was being scrutinized:

JUST IN: Gold Star father Khizr Khan cancels scheduled speech in Toronto after being told his “travel privileges are being reviewed.” pic.twitter.com/3dXFMnjced

The Trump administration is still arguing that this is not a Muslim ban, but rather a travel ban. However, it is a fact that Muslim-majority countries have been targeted and the president did say he would help Christian refugees from the listed countries. Muslim leaders, scholars, activists and everyday citizens have stated implicitly that this is a #MuslimBan. As articulated in this Vox article:

The case for calling Trump’s order a “Muslim ban” is pretty straightforward: It’s based on intention. In 2015, Donald Trump called for a “total and complete shutdown” of Muslim immigration to the United States. The proposal morphed over the course of 2016 into a more legally defensible country-based ban. If the “country-based” stuff is really a fig leaf, the argument goes, then the public shouldn’t let the Trump administration get away with it.

Calling it a “Muslim ban” also makes sense if, in practice, the executive order would treat Muslims differently than members of other religions. The order banned most refugees from coming to the US for four months (before being put on hold by a federal judge), but allowed and even encouraged the US to bring in persecuted “religious minorities” — and President Trump has explicitly promised to help Christians in the Middle East. If the ban exempts Christians from certain countries, but affects their Muslim neighbors, that could create de facto discrimination.

Patheos Muslim blogger Khusro Khwaja Tariq wrote on Facebook that the new version of the ban is hardly better then the old one because:

The primary objection raised by Judge Roberts and the 9th circuit court of appeals was this: That the government has not proven that a sufficient terror threat exists from the nations included in the ban to justify violating fifth amendment rights.

Completely dismissing this, Trump has essentially repeated the same executive order. Despite the provision of a seven-day grace period, the most likely outcome will be yet more chaos at the airports followed by litigation and reversal of this executive order by a court.

This chaos at portals of entry is in itself a security threat. The security of citizens is not, and never was a consideration of Trump and his backers. This is Trump making America less safe, not more. This is populism and ultranationalism on full display. Trump is pandering to the same base he appealed to in the elections. This is Trump and the GOP preparing for 2020. Normalizing, promoting and turning bigotry into a political weapon.

A ham sandwich without the mayonnaise is still a ham sandwich. Similarly, the new travel ban is just like the old travel ban – which is and always will be a Muslim ban.

It’s ineffective (won’t work according to DHS which did an intelligence report on it last week), counter productive (which means it’ll make matters worse and alienate allies and be used as propoganda and recruitment for ISIS), cruel (we’re targeting innocent students, families, refugees and potential employees), and most likely unconstitutional (we know his anti-Muslim intent and sentinment).

Oh, also Russia. Don’t forget Russia amidst all this mess. 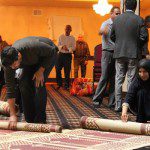 March 3, 2017
Between Disengagement and Changing Paradigms - A New Path for America's Mosques
Next Post 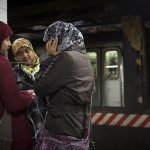 March 9, 2017 How do Honor Killings and Women's Rights Factor into the #MuslimBan 2.0?
Recent Comments
0 | Leave a Comment
Browse Our Archives
get the latest from
Muslim
Sign up for our newsletter
POPULAR AT PATHEOS Muslim
1

The Qur'an is Easy to Understand,...
Ask A (Born Again) Muslim
Related posts from altmuslim 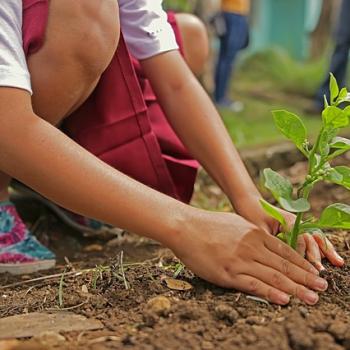 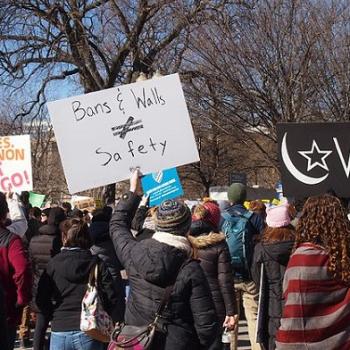