In Trump’s America, are Islamic Schools a Better Choice then Public Schools?

From the time I entered kindergarten to the day I graduated with my bachelor’s degree, I have been educated in public schools. I always assumed that I avoided the pressures of conformity by not attending a private school, and particularly a private Islamic school.  I believed that my education through public schools gave me access to opportunities I would not have had otherwise.

Many statistics show how difficult things are for Muslim children right now.  Hate crimes against Muslims have been increasing drastically since Trump launched his campaign. A Southern Poverty Law Center report shows the number of anti-Muslim hate groups has tripled since 2015 and teachers have noticed the shift in students’ attitudes towards one another. Ninety percent of responses to a Southern Poverty Law Center’s Survey claimed the election has brought about negative school atmospheres. At the start of the campaign, students were already anxious and dealing with bullies who feel emboldened. As a result, some school administrators have limited school discussions about politics, the election, and Trump.

In other words, the place that children should be able to grow and experiment has now become the place where many of them are seeking to avoid attention and avoid discussion of topics surrounding the current political climate.  Despite attempts by teachers and administrators to manage discussions in the classrooms, there are limits to what can be done to create a safe environment.

The day after Donald Trump was elected, many minority students walked into their schools with fear.  Aiman Ghani, a senior at Romeoville High School, said she felt an uncomfortableness amongst her peers that day even after having been involved in many activities with them through the years.

“I did feel pretty scared in terms of support,” Ghani said. “The people I thought I was friends with came out. A wall came between us. It felt personal and the teachers can’t shut it down.”

Amira Dadar, a freshman at the College Preparatory School of America, a private Islamic school in Lombard, described a very different experience.  Dadar explained that the support she and her peers received from teachers, administrators, and community members helped them get past the news and reality of the new political atmosphere.

“One of my teachers said we shouldn’t label ourselves as victims because nothing has happened to us,” Dadar said.

Even the fourth grade class I was assisting with was unhappy about the results. The day after the elections the students all wrote in their journals about Trump, and their sense that he was threatening their families and communities, and causing people to hate them.  The teacher encouraged the children to discuss the future and how they could play a part in bringing out good in everyone as Muslim Americans.

At a time when Muslim students are struggling to understand their place in America, the protections provided in the setting of a private Islamic school are significant.  As explained by Siraj Islam Mufti, one of the biggest reasons parents send their children to Islamic schools is to give them a “religious and moral education.” These schools can help children understand and appreciate their cultural and religious identity, and equip them to openly discuss issues like Islamophobia, racism, and discrimination without fearing backlash from their peers or teachers.

Children can learn the Islamic views of all these issues, and how Muslims historically have dealt with discrimination and setbacks.  They also foster a lifelong connection to their Muslim peers.

“My school is all about encouraging us to go above and beyond together,” Dadar said. “Our teachers teach us to be diverse. They tell us it’s good to have Muslim friends but also to have non Muslim friends.”

Students at public schools have to navigate a very different situation.  While theoretical discussions of race and religion may be helpful, Muslim students don’t necessarily have a safe space to discuss how the current environment is impacting them individually.

Ghani said the day after the Election, there were some students shouting things in the hallway to show their support for Trump.   None of the teachers commented.

Ghani did note, however, the advantage of attending public school. It is important to get exposure to and understand the diversity of opinions, religious beliefs, and cultures in our communities. Muslim students in public schools also have the chance to be ambassadors for their communities.

“You are a living, breathing Muslim in front of them,” Ghani said. “You are being handed a platform.”

Whether to send a child to public or private school is an important decision that is usually driven by the views of parents regarding the type of education they want to provide their children, and the extent to which they can financially support private schools. In the age of Trump, however, there are many more things to consider in assessing whether Islamic schools may be a better option for some families.

Shirmeen Ahmad is a recent graduate of Eastern Illinois University, where she studied Journalism and Political Science. This article originally appeared in Altmuslimah, which is not affiliated with Altmuslim. 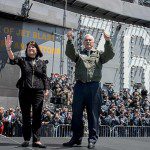 April 20, 2017
On Modesty and Similarities Between Pence and the Prophet Muhammad
Next Post 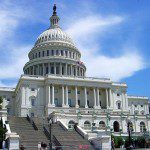 May 4, 2017 Senate Holds Hearings on Hate Crimes, But No Muslims Were Invited to Speak
Recent Comments
0 | Leave a Comment
"FsyYOU are hate. Period."
Soren A Ramadan Testimonial of Repentance and ..."
"Thank you for sharing this article along with detail information, and you have mention the ..."
wazeer shaik The Path Through Hajj – One ..."
"Tamerlane is considered an oppressor amongst Islamic scholars and an anti-hero in Islamic culture. It's ..."
Ali Inspiration: Star Wars: An Islamic perspective
"did you head to syria? did you take ilisha?"
mike malzahn Quran, Hadiths or Both? Where Quranists ..."
Browse Our Archives
get the latest from
Muslim
Sign up for our newsletter
POPULAR AT PATHEOS Muslim
1