On Modesty and Similarities Between Pence and the Prophet Muhammad

I am a bit disappointed by the current media fixation on Vice President Mike Pence’s personal policy of social restraint. I am speaking of course of the recent controversy surrounding Pence’s pronouncement that he never dines alone with a woman who is not his wife.

The media has roundly criticized Pence for upholding a religious standard which even former President Clinton, despite his besmirched reputation, felt necessary to describe as “excessive.” The accusation that Pence is injecting the notion of sexuality in what should otherwise be a professional context or that his policy creates an incentive not to appoint women, seems rather unfair to me.

I think we misunderstand social conservatism when we reduce the conversation to self-control and men’s sexual appetites. For many people, including Pence, this could simply be a commitment he made to God, or his spouse, or his therapist for that matter! Or it might just stem from a desire to preserve one’s reputation from the rumor mills of Washington where so many marriages go to die. After all, avoiding the appearance of impropriety in an environment where you are held under a microscope is a common-sense precaution.

Pence is exercising a personal freedom that reflects a level of integrity we might have found refreshing if we were not so conditioned to interpret everything that comes out of this administration as inherently misogynistic. I would argue that a man who voluntarily imposes this much inconvenience into his life is not likely to dismiss qualified women from working with him for the sake of convenience.

In a recent piece at the New York Post, Mary Vought, a former employee of Mr. Pence writes, “Pence’s personal decision to not dine alone with female staffers was never a hindrance to my ability to do my job well, and never kept me from reaping the rewards of my work.”

It’s a hypocrisy to project a subconscious motivation of misogyny on Mr. Pence when the prophet of Islam (PBUH) himself invoked similar principles in his own lifetime. Owing to the heightened surveillance and scrutiny he was under, Prophet Muhammed (PBUH) applied higher standards of behavior and modesty on himself and his family than he prescribed to the greater community. When it comes to people in positions of power, self-repression can be a form of social responsibility.

There is however some validity to the argument that Pence’s actions might limit access to power for some women. A religious principle should encompass a degree of flexibility that allows for exceptions depending on context. If Pence ignores context and categorically rules out dining with the opposite sex no matter the circumstance, it’s fair to suggest that this will subconsciously affect, not only his behavior towards women, but may lead his female colleagues to self-censor in light of his hypersensitivity. What may at first glance appear to be an innocuous and common sense personal boundary could devolve into the informal institution of pernicious policy designed to keep women in their place.

I have noticed in my own experiences that excessive communication taboos within my own Muslim community inevitability lead to self-censorship. It’s nearly impossible to communicate freely and comfortably if you are simultaneously trying to uphold communication protocols that require an exaggerated degree of formality and feigned modesty. Discomfort stifles discourse. And when self-regulation is forced upon a person through implicit social taboos, rather than explicit rules, the loss of power becomes imperceptible to the victim and therefore impossible to resist.

However as Muslims, our objections to Mr. Pence are not consistent with our mainstream religious practices regarding mixing between the sexes. We are quick to label someone as misogynistic because we feel his social conservatism is less justified than ours. We expect our cultural and religious sensibilities to be celebrated, but for his to require explanation.

We have to be careful not to engage in a culture war against social conservatism where a moral inversion is introduced in order to uphold a double standard. In other words, if we would like to have our religious standards respected, then we must extend this courtesy to Christian evangelicals, without lobbing accusations of misogyny upon them. The religious proclivities of those in positions of authority should not be perceived as a threat to society, nor do they mean that someone has designs to legislate their personal moral agenda onto the rest of us. This is a point that Muslims need to highlight, especially now that the misconception that Muslim Americans are advancing a Sharia style form of social conservatism is growing.

If anything this over reaction by some social liberals to the Pence incident demonstrates that rigid red lines and a non-negotiable posture can be counterproductive no matter where you fall on the political spectrum.

Inas Younis is a freelance journalist and commentator. This article originally appeared in Altmuslimah, which is not affiliated with Altmuslim. 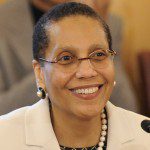 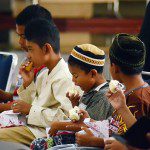 April 27, 2017 In Trump's America, are Islamic Schools a Better Choice then Public Schools?
Recent Comments
0 | Leave a Comment
Browse Our Archives
Follow Us!