On the Bodies of My People – My Faith, Fast and Fight as a Black Man in the U.S

It is not my preference to speak on my faith. I’m not one to speak on things that I’m doing; I am more in favor of letting the process speak for itself. As we immerse ourselves in Ramadan, I am reflecting more on my process of faith and application of it.

I’m a Black man in the United States. I’m very proud of my people’s history and of the lineage from which I come. That pride and love never wavers, while at the same time I’m finding myself more and more distant from the communities being created by my co-religionists in America.

My great-great-great grandfather was born in the early 1800s in the state of Georgia. He was, like millions of other black men and women, forcibly enslaved for the purposes of economic benefit of the white elite and the economy of the U.S. As family tradition states, Bartlett was a Muslim.

He practiced Islam throughout his life. I reflect upon him and what his experience must’ve been like attempting to observe Ramadan and practice his faith while being held against his will.

For him, Islam, prayer, Ramadan, ayat (verses) from Quran and all artifacts of his faith became armor, inspiration and weapons to help him in his spiritual journey as well as to confront the oppression he and his fellow African brothers and sisters unjustly faced in the U.S. I proudly come from that tradition of Islam being mixed with a fight for the freedom and liberation of Black people and all oppressed peoples.

This fight began once the first men and women were stolen from their homeland and placed aboard Portuguese ships to be carried across the Atlantic Ocean. The reality is their fight didn’t end with them; their fight has been passed down to every generation of their offspring.

My generation is attempting to practice Islam and fast Ramadan in the age of mass incarceration, school to prison pipeline, the war on drugs, the era of every 28 hours a Black person being killed by law enforcement or security personnel. And all of this was alive and well way before Donald Trump became the 45th president.

As I stated before, I am a Black man in America. My brothers and sisters in hue are the primary targets of all the above and more. My fast cannot be separated from this context. Meanwhile, numerous religious communities and institutions that populate the American landscape fast and attempt to practice Islam while ignoring these realities — as if they’re attempting to fast from the awareness of them and responsibility to do something about it.

At best, they might pay these issues lip service. A few conversations have been held on #BlackLivesMatter or on the prison industrial complex. There are very few Muslim organizations that are actively working to address some of these issues, but the overwhelming majority have no interest in confronting any of them, while at the same time appropriating the Black experience and the history of Black Muslims in America to legitimate their place in American society.

This is highly offensive and serves as the catalyst to what begins to create that distance between us. You cannot stand on the shoulders of Black men and women who planted the seeds of this faith in this soil with their lives and bodies and ignore their legacy and the struggles that have been handed down to their offspring.

You cannot name drop Malcolm X and Muhammad Ali to validate Islam in the 21st century but ignore the conditions that produced them and not give energy to the struggles they pledged themselves to. By ignoring these struggles and refusing to forward them, these communities are actually working to perpetuate the racism and imperialistic capitalism that are hallmarks of western hegemonic domination the world over.

My fast, faith, and fight are all intertwined just like my ancestor Bartlett, because being Black in the United States doesn’t spare you from that reality. It doesn’t matter how you identify religiously, politically or economically; it is your fight.

As the days and nights of Ramadan pass, I fast with hopes of spiritual enlightenment and guidance to benefit me in my journey as a human being. I also fast with the painful awareness that I’m standing on the battlefield of my people, hoping that this sacred time and spiritual state will enhance my contributions to my people’s struggle.

Sadly, from this vantage point, as the centuries old battle of my people continues, I see too many of my “co-religionists” on the wrong side of the fight.

Tyson Amir is an author, musician, educator, community organizer and freedom fighter born and raised in the San Francisco Bay Area. In the spirit of The Dragon, George Lester Jackson, he endeavors to utilize any and all resources at his disposal as weapons to bring about the eventual liberation of his people. Tyson’s activism has influenced his artistic work. Black Boy Poems, his debut release as an author is an example of that. 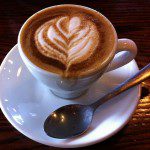 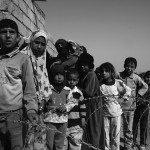 June 7, 2017 The Pangs of Hunger - Charity and Prayers for Those Facing Starvation
Recent Comments
0 | Leave a Comment
Browse Our Archives
Follow Us! 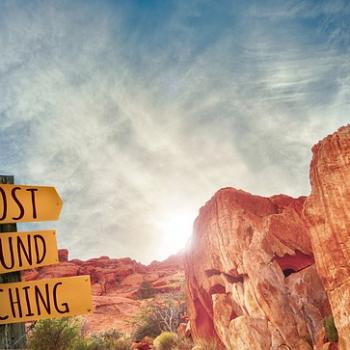 Muslim
How to Press the Reset Button on Faith
altmuslim

Muslim
On the Courage to be Vulnerable and the...
altmuslim
TRENDING AT PATHEOS Muslim