Every Ramadan, someone will ask me, “How are you holding up with fasting?” And every year, my answer is the same: “It’s not the food or water; it’s the coffee.”

Like many, I love my morning coffee. I really, really do. I‘m a journalist, and my first sip in the morning is my favorite part of the day. It’s what jump starts my mind. It’s when ideas begin to flow and how I sustain my imagination and desire to write. So, abstaining from my daily dose during Ramadan daylight hours has never been easy for me especially when the month coincides with summer and the days are long.

My struggles with extended caffeine-free hours have produced pounding headaches, sluggishness, crankiness and forgetfulness, making me at times seem like a candidate for an anti-addiction ad.

But in my defense, I need to explain something. You see, I worked in cafes throughout a good part of my college years and a bit after. I had access to the stuff. Plus, I’ve always loved the Bohemian atmosphere and culture of coffeehouses. I even wrote a research paper on the history of the global coffee trade for an undergraduate history class.

Cafes were where I studied, read and wrote, and I continue to do so today. My daily routine has almost always included a double macchiato and a newspaper, followed by a refill in the morning. In the afternoon, I’ll get a third cup and a likely forth early in the evening.

One Ramadan, during college, I found that substituting my daily macchiato for homemade coffee during pre-dawn meals, suhur, just didn’t cut it. I’d get a headache later in the day regardless by not having my usual fix. So, I would drive before dawn to the café I worked at—which I had the keys for—start the espresso machine and prepare my double macchiato, even when I wasn’t working that day and sometimes before the opening crew arrived.

That’s how bad it was.

It has changed to the better since I’ve moved on in life and have made adjustments, but the struggle continues, “to be real.” My suhur meals have always included a cup (or two) of instant coffee. Not necessarily my first choice, but it’s convenient and fast to make especially when you have to wake up really early and race with the sun. Avoiding Ramadan’s caffeine withdrawal headaches have always been a priority.

During another Ramadan, I was in transit early morning at St. Louis Lambert International Airport. I arrived minutes before the break of dawn, and I was not sure where the closest café or restaurant was, and I didn’t have time to find one. More worried about the kind of headache I’d likely get later, my suhur that morning was a gulp of water and an Advil pill. Sad, I know.

I’ve dozed off several times in front of my computer in a newsroom. I’ve mistakenly showed up for an appointment with an ambassador a day early. I even once forgot to turn a recorder on during an interview.

But, not all of my Ramadans have been wars with the demon of decaffeination. There have been years when I, grudgingly, managed to slowly decrease my coffee intake before the beginning of the month, making it easier to cope later. In fact, one year, I completely abstained from coffee for the whole of Ramadan, including non-fasting hours. Did I return to coffee after 30 days?

Of course I did.

There are friends who tell me they just couldn’t do that for a month. So why do I fast? Observing Ramadan, for me, is an act of faith. It’s when Muslims seek to purify themselves physically, pursue a higher degree of spirituality, bond with the less fortunate and reinforce a sense of community. It’s a test to one’s will power.

A month’s break from my four dollar brew and ditching dependency, I think, is not much to give up for a brief period for a higher goal.

But my Ramadan battles with caffeine-withdrawal, which may seem trivial to some–and realistically there are others who have greater challenges during the month than me–I believe hint to another point: Let’s call it, “The Real Lives of Fasting Muslims.”

Because, beyond declared noble purposes and goals, the pursuit of an ideal is a journey, not a destination. We all have our shortcomings, our vices, and that’s only human. Recognizing one’s flaws is part of growth. In the end, like a perfectly made macchiato, with its espresso, steamed-milk and froth properly layered and it’s temperature just right at 170°F–balance and moderation are key in life.

This year, I’ve managed to fast the first third of the month with absolutely no coffee, not even during sahur or after iftar, the breaking the fast at sunset. For me, that’s an achievement.

And, I even wrote this piece of commentary sitting at a café–fasting.

Isma’il Kushkush is a Sudanese-American journalist and has contributed to The New York Times, CNN, Voice of America, Reuters, the Associated Press and Al Jazeera English. He holds a master of arts degree in journalism from Columbia Journalism School in New York with a focus on politics and global affairs. 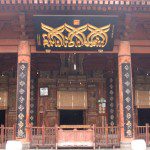 June 4, 2017
A Muslim Ally Reflects on His First Ramadan - in China
Next Post 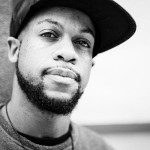 June 6, 2017 On the Bodies of My People - My Faith, Fast and Fight as a Black Man in the U.S
Recent Comments
0 | Leave a Comment
Browse Our Archives
Follow Us!