What is the Muslim World Doing to Help the Rohingya?

What is the Muslim World Doing to Help the Rohingya? September 6, 2017 Guest Contributor

The Rohingya crisis is once again in the headlines this week after the Myanmar Army has effectively pushed another 120,000 civilians out of the land of their birth because of being brown and Muslim. And once again, the global coverage of the issue is one of impotent lament. Everyone is suitably dismayed at what is happening in Myanmar’s Rakhine state, as reports are coming in of the military burning villages, raping women and killing fleeing children.

But nobody is talking about immediate, actionable solutions. And so, the ethnic cleansing in Myanmar continues.

As Muslims, we have a duty of solidarity that goes beyond that of the international community. Has the Muslim world done any more on the issue than the international civil society? The answer is, perhaps surprisingly, yes. This has been an issue that is currently animating the Muslim world. But unsurprisingly, none of that interest has translated into any more effective solutions than the interventions by UN agencies and global NGOs.

The Organisation of Islamic Cooperation, for instance, has been quick to issue statements on the matter. At the very least, that shows that they are aware of the situation and engaged by it. However, as so many times in the past, the OIC’s issuing of statements translates to no material difference to the fate of the Rohingya.

Like in Bosnia, the OIC’s statement has no bearing on the local conditions of the oppressed people, because the members of the OIC do not use their national diplomatic leverage to influence the oppressive government in question. Not that they have much leverage to begin with. What are the chances that Myanmar’s government will care what Bangladesh, Saudi Arabia or Indonesia have to say on the matter?

OIC statements are rather more effective at pacifying the domestic audiences of member countries, as their leaders are seen to be doing something. But, the Rohingya in refugee camps in Bangladesh will not be eating from OIC statements or be protected by them.

What is more, many of these same Muslim countries that are issuing statements on the Rohingya have sizable Rohingya populations in their own countries, who are treated very badly and discriminated against. Saudi declarations are especially jarring when they continue to happily use their Rohingya refugees as feudal indentured labour.

Rohingya refugees to Pakistan will be pleased to learn that the Pakistani government is speaking out on the issue but that is hardly going to make their lives in the slums of Karachi any easier, or help any of the 120,000 Rohingya fleeing Myanmar across the border to Bangladesh.

Bangladesh is highlight of this story though. Prior to this latest wave of refugees, Bangladesh was already hosting more than 400,000 Rohingya from previous episodes of violence in Rakhine state. Bangladesh is far from a wealthy country, and it is sometimes struggling to feed its own people, let alone such a massive influx of refugees. But, at least they are trying.

Bangladesh has not been entirely a bed of roses for the hundreds of thousands who have fled there: Relations between the refugees and local authorities have been strained at times; Bangladesh is resisting to treat many of the arrivals as full refugees under international conventions; and the country has attempted in the past to send people back to Myanmar.

But, the lives of Rohingya in the poorly appointed refugee camps in Bangladesh are rather more secure than at the hands of the Myanmar Army. Imperfect as Bangladesh’s help may be, it is helping people. At least it is feeding people. And in cases, it is even allowing some refugees to rebuild lives.

Bangladesh alone has no hope of being able to carry the further one million refugees we can expect if Myanmar continues its campaign of ethnic cleansing. Other countries that have taken a stronger stance on the issue like Malaysia have already declared they are at capacity for taking in more refugees.

Turkey, the only non-regional Muslim country to show real leadership on the issue on humanitarian grounds, is hardly likely to be able to help, as it is struggling under the weight of more than three million Syrian refugees.

The Muslim world does not have the diplomatic clout to pressure Myanmar to resolve the humanitarian crisis. Those parts of the Muslim world who have shown willingness to help cannot help in absorbing the next wave of refugees without severely endangering their own administrative and political infrastructures.

And, those parts of the Muslim world who can help, are refusing to do so. For all the talk of Muslim solidarity, it seems that after all, the best hope for the Rohingya is that the United States and the European Union use the diplomatic clout they possess to sway the Myanmar government in normalizing the situation in Rakhine state and resolving the issue for the long term.

Dr. Azeem Ibrahim is a Senior Fellow at the Center for Global Policy and author of “The Rohingyas: Inside Myanmar’s Hidden Genocide” (Hurst Publishers & Oxford University Press). 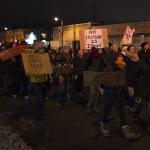 September 5, 2017
Protect DREAMers, a Vital Part of Our Communities
Next Post 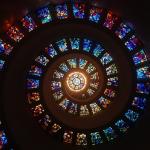 September 7, 2017 Spiritual but Not Religious Should Be a Phase in Life, Not a Way of Life
Recent Comments
0 | Leave a Comment
Browse Our Archives
get the latest from
Muslim
Sign up for our newsletter
POPULAR AT PATHEOS Muslim
1