What Does it Mean to be ‘Moderate’ – Muslim or Otherwise?

The word moderate can no longer be safely used as the code word for a kind of moral and political agnosticism.

What moderate Islam still needs is the religious validation that orthodox religion simply inherited. Moderate Islam needs an institutionalized religious identity that is immune to the emotional blackmail of its radical counterpart of literalists with their one size fits all standard of religious observance. It needs to prune the religious bureaucracy of its red tape by crossing the red line.

This will mean taking concrete positions, not just on the issues, but on the fundamentals. Starting with the most fundamental of all questions:

Do you or do you not believe that morality can or should be legislated?

If you believe on any level that personal morality should fall within the jurisdiction of a governmental authority, you are, by definition, not a moderate. A moderate is a person who honors pluralism and creative tension as a precondition to our social and spiritual evolution.

Also, important to note: To be moderate does not mean that you are liberal and open-minded. A moderate Muslim can also be ultra conservative.

To be moderate simply means that you are fundamentally and in principle opposed to the legislation and enforcement of morality. To be a moderate means that you believe that freedom of conscience cannot co-exist with any institutionalized forms of coercion, even if said coercion is as benign as a ceremonial slap on the hand.

To be moderate means to reject the false alternative that one must either give up life by degrees if they want to practice their religion, or give up religion by default, if they want to “have a life.”

If our morality and behavior are only determined by a love or fear of what is to come in an afterlife, instead of our love and respect for who we are, then we are morally bankrupt. If we require the restraint of state-enforced deprivation to maintain our morals, then we never had any to begin with.

Islam is one of the few religious traditions that believes that we are inherently good and moral beings, not in defiance of our nature, but in deference to it. Islam is designed not only to free us from government coercion but also from the psychological intimidations and social expectations that contaminate our capacity to self-regulate.

Unfortunately, I believe that the term “moderate-Muslim” now mostly exists as a judgment against the failures of literalist interpretations and has become completely defined by those failures as opposed to its own success.

It’s a hyphenation designed to take, what has sadly become, a pejorative term — Muslim — and offset it with the word moderate, as if to suggest that moderate Islam is a diluted version of some kind of “real” unhyphenated Islam.

All religions are by design full of contradictions. Those built-in contradictions, or what we euphemistically refer to as paradox, are injected to preserve the integrity of our thinking mind. They are there to provide us with flexibility.

For example, we are called to make peace and make war. Turn the other cheek, but slap them with the other hand. Say yes to chastity and oh yes to sex. Choose mercy and also choose justice. Believe in free will and predestination. Accept that good deeds will save us but ultimately concede that its God’s will and not our actions that lead to our salvation.

In order for us to negotiate our way through these, the paradoxes of religious jurisprudence, we must evolve the capacity to think abstractly.  We must be able to integrate concepts and apply them to various contexts.

To be moderate is to be intelligent. To be moderate does not mean to have an open mind, because those can be just as dangerous as closed ones. It means that you must have an active, working, gushing, moving and feeling one. To be moderate means to be and not to be; It is to live and let live and sometimes, even laugh. 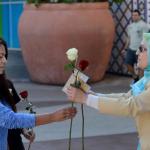 October 26, 2017
Policing of Our Bodies - Why Women Need to be Each Other's Allies
Next Post 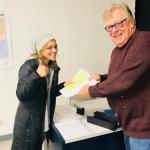 November 16, 2017 Muslim Women Running for Office - Interview with Zahra Suratwala
Recent Comments
0 | Leave a Comment
"Yow its so sad my eyes are sweaty😭BN.BELIEVE.ASIA/VZ7527IE"
Batelthda Gaslighting, Anti-Jewish and Anti-Muslim Rhetoric: What ..."
"Everyone's pervy minds will b opn ryt nw dmn!m.XIAOWANZI.INK\C7527Wg"
ThePumpkinQueen It’s Time to Boycott Saudi Arabia
"Thanks for sharing informative blog with us regarding the halal meat revolution."
Boxed Halal Sustainability: The eco-halal revolution
"Salam. I am going to be blunt and honest with you. Girls who are doctors, ..."
Rubina Ahmed Looking for Love and Finding Awkwardness ..."
Browse Our Archives
Related posts from altmuslim