Between Loyalty and Honor – Holding Our Religious Scholars to Higher Standards of Behavior January 10, 2018 Guest Contributor

Those who know when to look the other way instead of obsessing over someone’s mistakes glaring in front of them tend to see more clearly. We turn a blind eye to people’s indiscretions as a courtesy we extend to those who need to save face. It’s an eastern approach that serves a very important societal function: Mainly to protect generally decent people by affording them the occasional free pass.

Hey, nobody is perfect!

However, if a society becomes overly conditioned by this implicit cultural form of forgiveness, a new kind of subculture begins to emerge; one where those with a proclivity towards corruption begin to count on our sense of decency to get away with misconduct.

For Muslims communities, looking the other way is less about social courtesy and more about our communal survival – the old adage of “don’t air our dirty laundry to the public.” This is because our perceptions of what we can withstand by the way of public scrutiny has become warped by our fear of being misunderstood.

After all, the last thing we need is to reinforce the lies and perpetuating stereotypes about Islam with the truth about certain Muslims.

So, when recent allegations were made against prominent religious figures regarding a blatant abuse of power, it came as no surprise when so many rushed to excuse their behavior by invoking the double standards of morality that we have come to accept, as if it were the only available alternative to a world with no standards whatsoever.

When male scholars make mistakes, we are cautioned against judging them based on the maxim that they, like us, are only human. But when they shame people for what they themselves are guilty of, there is nothing human about that. That is not a mistake or a human weakness, but a deliberate exploitation of other people’s weakness.

I was not surprised by the gushing of support and loud denunciations against anyone who dared to point out the obvious. But I was very disappointed at the extent to which people are willing to go to preserve a level of awareness with no regard for objectivity.

When a community chooses to immerse itself in the religious theatrics of denial and oblivion, it is not only the truth that is compromised, but our self-confidence too. We not only lose faith in others but we lose faith in our ourselves for participating in the emotional atmosphere that sanctions that degree of blindness.

If we are going to reclaim our narrative, as we have been advised to do, we better start by becoming the child in our own story and declare that the emperor has no clothes.

Honor is how a man demonstrates self-confidence. Loyalty is how we demonstrate confidence in others. To be self-confident requires a space for cultivating our individual selves apart from a community.  It requires a departure from this fetish and obsession with collective survival and a commitment to personal salvation, personal growth and a personal relationship with God.

It’s time for us to start fertilizing a culture where honor takes precedence over loyalty. Only then can effective leaders truly emerge and guide us in ways that transcend emotional appeals and evasions. It’s time to trust our own perceptions and call out the obvious when we see it, or in the case of our proverbial emperors, don’t see it.

No community is immune to the phenomenon of collective subjectivity that has us seeing things, not through our own eyes, but through the eyes of others. It’s not our greatest sin, but it will be one of our greatest challenges.

The Muslim world can no longer afford to recognize the authority of traditional institutional power the way it once did. Our communities can no longer accept judicial pronouncements that do not even afford us the courtesy of wider more rational explanations.

Until the transition is made between a religion fortified by a nation state to one fortified by our collective and voluntary allegiance, all those in positions of power should be put on notice — the implicit social norms and rules that they have come to rely on to secure their professional status as custodians of our faith are now negotiable.

We must redefine their role in the context of a democratic pluralistic society where men of God are no longer furnished with a career option to which society will be asked to provide all the benefits and reap none of the reward. Because those days. Are. Over. 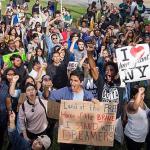 January 9, 2018
Time Running Out for DREAMers and the DACA Program
Next Post 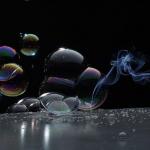 January 18, 2018 The Necessary Unburdening of Muslim Communities
Recent Comments
0 | Leave a Comment
"FsyYOU are hate. Period."
Soren A Ramadan Testimonial of Repentance and ..."
"Thank you for sharing this article along with detail information, and you have mention the ..."
wazeer shaik The Path Through Hajj – One ..."
"Tamerlane is considered an oppressor amongst Islamic scholars and an anti-hero in Islamic culture. It's ..."
Ali Inspiration: Star Wars: An Islamic perspective
"did you head to syria? did you take ilisha?"
mike malzahn Quran, Hadiths or Both? Where Quranists ..."
Browse Our Archives
get the latest from
Muslim
Sign up for our newsletter
POPULAR AT PATHEOS Muslim
1