The Necessary Unburdening of Muslim Communities

We live in a time when good days are hard to find. Each morning, it appears as if the world fell apart a little more overnight. The Rohingya genocide looms. Yemeni children continue to starve. And American democracy dangles on the slender threads of Presidential tweets.

Then, there are stories of all the women (and some men) who were sexually exploited by men in positions of power. These aren’t mere stories of sexual misconduct; they testify to the end of something, a fracture in the normal order of businesses. We aren’t quite sure what new business waits on the other side of this precarious moment, but we feel it in the ether. Something big is shifting.

It is one thing when Hollywood, often seen as a bastion of hedonism and conceit, begins to unravel under allegations of sexual misconduct. It is another when the Muslim community, a people who consider ourselves as the caretakers of God’s final revelation, learns that some of our beloved male leaders have secret lives, sordid obsessions and possibly violent tendencies. How ironic that the current mood in Hollywood, the symbol of American excess and questionable morality, parallels the climate of the Muslim American community.

Many any of us Muslims contemplate how to account for the color of our souls. Perhaps we are dangling in a K’abah-shaped crater, plummeting towards “Aminah in Wonderful.” As she falls down the rabbit-hole, she receives a text to meet her favorite sheikh in his hotel room. She grows smaller and smaller. The sheikh looms bigger and bigger. We gather at Mad Chai Party, where everything is just one big conspiracy. Someone, you see, is trying to divide and conquer the Muslims.

Like many other faith-based communities, Muslims feel we are unique, that God has chosen us above others in some aspect or another. So, it is a rude awakening to discover that we are not exceptional. Our community is not gifted with pristine personalities or an elevated status in the cosmos. We are like everyone else – imperfect and sometimes deeply troubled.

This moment is neither an accident, nor is it a mistake. This is an opportunity for profound transformation regarding the way we, as Muslims, talk about who we are and our place in the world. If there is anything that humbles, that begs for personal and institutional reassessment, it is this moment right now.

I was 12-years-old when it happened. It was, of all days, Friday the 13th. I was thrown against an outside wall at a high school gym. My chest hit the cold brick wall so hard that the air in my lungs fell out of my mouth in a grunt.

I called out for God. I reassured myself, “This is not happening. This can’t be happening,” as those boys had their sticky hands all over me. Three boys — the eldest was 15 years old, the others only a year older than me — took what was mine to give

I cannot say if God heard me that night, but I’m no longer angry about that. Six months later, the case went to juvenile court. By then I had gained 30 pounds and, according to the psychologist who testified on my behalf, was fighting suicidal ideations.

I thought the system – that familiar culture of the Christian South – would save me. Yet, I was put on trial for being friends with one of the boys, for going to him when he called me towards the gym’s shadowy corner. Those boys were found “Not Guilty.” I spent many years enraged about the verdict.

I saw those boys five days a week. When I had no choice but to pass through the hallway lined with their lockers, their gaze would lock in on me, boring holes into my skin. When I walked alone off-campus during lunch, I always remained alert, my back tight and my eyes darting, in case I encountered one of them. Those were the days of fear and rage.

If there is a before and after, it is that Friday the 13th. It is those years I lost in high school buried under layers of self-loathing and shame, suffocating, gasping. It is the time I spent as a young woman feeling metaphysically flawed because I assumed God had chosen to look away when I had needed God most. He had abandoned me. God had designed me so flawed that I wasn’t worthy of protection.

I recently attended a gathering of Muslims from the U.S. and Canada. We were policy makers, activists, academics, chaplains and imams, artists and writers — change agents of all kinds. Our conversations revealed an increasing distance and discomfort with our institutions, including mosques and organizations that have long represented the Muslim experience in North America.

One singular word summed up the feeling that was ubiquitous among us: Irrelevancy.

Most of our institutions and leaders are increasingly out of touch. Closed-minded. Disconnected. Deficient. The most important discussions are now taking place outside of mosques, and well beyond the pale those who claim to represent Islam.

A Third Space is emerging, and many of us feel more comfortable there than anywhere else. This space may be the halaqa in a friend’s comfortable living room, or the MSA (Muslim Student Association) meeting on campus where students talk about real life, not the life filtered through an imam with unrealistic expectations. For some, these spaces are social justice groups with an Islamic focus.

Here we aren’t judged for being one way or another. We honor faith beyond the side-eye squints of sanctimonious aunties and uncles. We pray in the spaces where a culture of shame and pietism doesn’t clamp shut the mouths of people covered in hurt. These spaces are sometimes hard to find, and are almost always held in suspicion by those who claim to be the real leaders. Let them lead those who will follow, but don’t count me among the herd.

Here is what I know to be true about Islam: Our faith permits us to acknowledge the messiest, most contradictory parts of our existence. If we worry about presenting the most tidy, consistent, pious version of ourselves, then we can’t claim our vulnerabilities and name our sins. This is true both on an individual and on a community level. We are not better human beings because we are Muslim; we are the best of people when we are brave enough to look in the mirror, name what hurts and then engage in the jihad that is repairing what is broken.

I grew up and away from that 12-year-old girl. It took years for me to realize that Friday 13th, 1985 gifted me a superpower – to refuse the parts of myself that no longer fit right. I am flawed, indeed, but these flaws make me gloriously human and endowed with sacred value. My responsibility is to honor this value in a way that enriches my inner life. I am not responsible for performing an identity that makes other people comfortable with theirs, particularly if the validation they seek results in hurting others.

Perhaps this metamorphosis, this unburdening, is taking place right now in the Muslim community. Some of our institutions and leaders aren’t worth the weight they ask us to carry, and we are letting go of these parts we no longer need.

In this moment of shattering, we can chase what is beautiful about this faith. A quote often attributed to Rumi says it best: where there is ruin, there is hope for treasure.

Deonna Kelli Sayed is a writer and award-winning journalist. She is currently writing a memoir about faith, love, and ghosts. A version of this article originally appeared on Altmuslimah.com Visit dksayed.com to learn more, and follow her on Twitter @deonnakelli 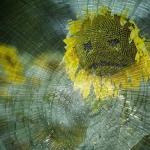 January 10, 2018
Between Loyalty and Honor - Holding Our Religious Scholars to Higher Standards of Behavior
Next Post 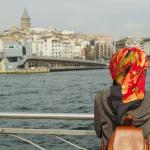 January 23, 2018 Is Islam In Need of Therapy?
Recent Comments
0 | Leave a Comment
Browse Our Archives
get the latest from
Muslim
Sign up for our newsletter
POPULAR AT PATHEOS Muslim
1