Trump’s Administration, Not Muslims, Is Vulnerable to Terrorist Narratives

All Americans want a safe and secure homeland, and we as Muslims are no exception. Across the world, Muslims are by far the most victimized by terror attacks. Those who pervert our religion for their own twisted political reasons hate us most of all. Here at home, we defy their raison d’être — to create a binary world where Muslims and the West are incompatible — just by living our lives, raising our families and staying in pursuit of the American dream.

And yet, the Trump administration seems hellbent on making their worldview a reality over ours.

Last week, a disturbing draft report by the Department of Homeland Security was uncovered by Foreign Policy Magazine. Compiled by U.S. Customs and Border Protection, the report conflates cherry-picked immigration and national security data to support the Trump administration’s pre-formed thesis that Muslims are uniquely “at-risk” for violent behavior and deserve to be singled out for continuous monitoring.

For starters, the report claims to be an overview of the demographic profile of terrorist attacks on U.S. soil since 9/11. Average, trigger-happy Islamophobes would be forgiven for reading too quickly and assuming the study was done of all such attacks, either confirming the preconception that all terrorists are Muslim or causing them to blink rapidly and mutter “that can’t be right…”. In fact, the report only examines cases where the perpetrators were Muslim, though such instances represent a tiny fraction of all planned or executed domestic terror attacks in recent history.

The single greatest threat to our nation’s security is the unchecked rise of violent white supremacist groups whose tactics and actions fit every textbook definition of domestic terrorism. Like the White House in general, the report is conspicuously silent on this.

Fascinatingly, the report also cites its own lack of evidence and “low confidence” in many of its assessments as the very reason why an expanded monitoring program of Muslim immigrants is warranted.

Trump appointee: “Show me the evidence that Muslims are uniquely prone to violence.”

CBP staff: “We can’t find evidence of that..

Trump appointee: “Perfect, recommend we step up monitoring until we find it.”

CBP staff: “Okay, but we’ll have to put ‘low confidence.’”

The report concludes that because the perpetrators of its cherry-picked case studies are all Muslim but come from a variety of backgrounds and circumstances without discernible patterns of behavior, the only feasible solution is to expand monitoring of anyone who “might be vulnerable to terrorist narratives” — beyond the administration’s already problematic restrictions on immigration — into an open-ended practice of “continuously evaluating persons of interest” on a “long-term basis.”

More distressingly, there is no clarification that this recommended monitoring would not also apply to U.S. citizens; essentially casting the net as wide as possible to include any who fit the super specific criteria of being male, Sunni Muslim and a human.

Indeed, it seems the only party that can be clearly identified as “vulnerable to terrorist narratives” is the White House itself. By knowingly advancing a national security framework based on analysis that is by design exclusionary and discriminatory, by recommending the vast expansion of open-ended programs that explicitly target an entire population, and by failing to address the demonstrably far greater immediate threat of White Supremacist terror, the Trump administration is offering its full-throated support of the same binary worldview it claims to be so passionately confronting.

Foreign groups like ISIS are desperate for the legitimacy that this report gives them, for confirmation of the fact that Muslims do not have an equal place in American society and never will. We prove them wrong every day with our success. And, we’ll continue doing it in spite of the Trump administration’s best efforts to prove them right.

Zaki Barzinji is an independent consultant and currently advises the Muslim Public Affairs Council. He previously served in the Obama White House as Senior Associate Director of Public Engagement and the President’s liaison to Muslim-Americans, Arab-Americans, and minority faith communities. 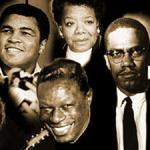 February 5, 2018
Call for Submissions - Essays and Articles for Black History Month
Next Post 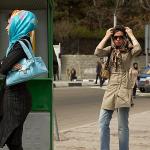