What Purpose does Gender Segregation Serve in Modern Times?

Recently, journalist Wajahat Ali posted a photo of a gender segregated registration line at a large Islamic convention and posed the following question on social media:

Any reason whatsoever for there to be separate gender registration at any event in America where we do most things in mixed-gatherings without any problems?

Today’s generation of young American Muslims experience these “Women Only” signs as intuitively dehumanizing. And, no amount of twisted logic or invocations to tradition can alter their perception on that front. It’s too late; They are “woke!”

They are so woke that complying with such anachronistic regulations feels like acquiescing to their own inhumanity. And so, they do not comply, not fully anyways. Instead they attempt to inject humor and mockery to counteract the false stoicism of their elders.

They highlight these prejudices masquerading as protocols in their social media platforms. To many of them, gender segregation in today’s climate is being artificially upheld to showcase an allegiance to a way of life that is about to expire. The progressive spirit of the new generation of Muslims no longer recognizes the authority of anyone, sign or no sign, to legislate their movements based on an inherited attribute, like gender.

What used to be dubbed as tradition, is now being called discrimination.

When ultra-conservative communities wish to preserve a social custom or a way of life, they do so by willfully ignoring the wider context of their surroundings. They close themselves off to the greater society by erecting boundaries, many of them quite literal. The Amish community is one such extreme example, but there are many others that are a variation on the same isolationist theme.

Membership within these communities comes with a societal expectation to place the interests of the greater congregation above one’s personal interests.

Within these communal spaces, the rules of engagement do not need to correspond to a reality outside of their subculture. They exist within one context and the only sign they need to erect is the one that reads- outsiders not welcome.

They are not in denial about reality, they have just taken measures not to be a part of it. They recognize that to preserve a particular way of life, they need to preserve the conditions — the societal context — that make their lifestyle not only possible, but consistent across every scenario they inhabit.

It’s a way of life that I am tempted to romanticize, but would not personally advance, even though it does admittedly inspire some respect. Why? Because the premise underlying their way of life is that the more you shrink your outer world the bigger your inner world gets.

Gender essentialism, where male-female roles are very clearly defined and non-negotiable, is an essential part of that programming. And, although it has its share of corruption, coercion and abuse, it’s still a form of collectivism without compulsion or pretension.

The Muslim community, on the other hand, is not (in principle) supposed to be a closed community. And, if they wish to enjoy all the benefits of modern ideas that make progress possible then they must accept all the corresponding ideals that keep it possible.

When we impose random regulatory measures like gender segregation, the context we end up dropping is reality — the reality right outside of our Mosque doors, convention halls and suburban homes. The reality where men and women engage without being managed by a moral brigade made of aunties and uncles and religious leaders who have no legitimate religious authority.

It’s painful, not to mention impossible, for an individual to negotiate themselves to a duality of standards. And yet that is what we are consistently being asked to do.  This leads to a kind of paralysis that we have all witnessed when it comes to how we operate in our own Muslim spaces versus the way we so efficiently and productively operate in other spaces.

It’s become a running joke how respectful and timely we are in every setting but our own. The psychological mechanism that leads to this disparity when viewed through just one element (gender) can perhaps give us some clues.

Gender segregation has psychological implications that in most cases have nothing to do with observing implicit modesty codes, but of sexualizing our spaces. The fastest way to undermine a person’s capacity to self-regulate is to micromanage their movements by invoking God as your ally. When you create artificial red lines that have no correspondence to the reality you inhabit, or to common sense, or are not part of a well-defined closed community, you can be sure that those lines were never meant to observed but rather crossed.

They were never meant to imbue virtue but to induce guilt and inculcate a sense of moral inadequacy. By imposing rules that are disconnected from our general way of life, we destroy our capacity to autopilot our way through Muslim spaces.

Feeling ill-equipped, we are compelled to look in the direction of the moral brigade for guidance, otherwise known as the patriarchal establishment. It is after all the only way that they can remain relevant in a world where the majority of us require no social sanctions to behave ourselves in public.

Impractical rules are never intended to be practiced, they are intended to be accepted and then challenged and broken. They are there to create a false alternative that leads one to either break code and suffer from chronic guilt or reluctantly observe by suppressing one’s own mind.

Either scenario produces one of two kinds of individuals. The first cannot reason. The second can reason but without confidence. In other words, an arrogant but ignorant man, or an intelligent but impotent one.

Islamic jurisprudence is a process that relies on traditional scholars interpreting and reinterpreting our non-negotiable principles within the rapidly changing social context of our times. When you context-drop, you are ignoring the wider social context that should otherwise inform your interpretation. You are asking Muslims to live in a perpetual self-inflicted state of denial and ignore the world outside of their religious enclave.

It’s going to take the instincts of a whole new generation at the helm before we make any meaningful strides towards developing a community with a solid identity grounded in religious principles that are not so counter intuitive. In the meantime, we should occasionally tantrum, at least virtually, if for no other reason than to preserve whatever is left of our rational meaningful productive and yes, worldly faith. 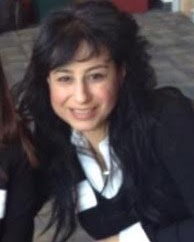 About Inas Younis
Inas Younis is a Kansas City-based freelance writer and commentator. Her opinion pieces and personal essays have been published in various websites and magazines. Inas is an active volunteer in several interfaith initiatives and serves on the board of the Sisterhood of Salaam Shalom. She is also a contributor to a forthcoming 400-page community-led guide, aimed at mobilizing Muslims to take a stand against violent extremism and develop narratives of peace. Her work was featured in an anthology titled “Living Islam Out Loud.” Her column, “The Muslim Monad,” appears in Altmuslim during the first week of every month. You can read more about the author here.
Previous Post 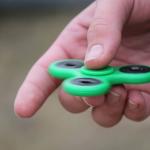 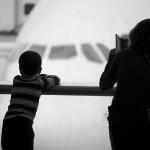 April 12, 2018 Age 8, Autistic, Muslim and on a No-Fly List of Terrorists
Recent Comments
0 | Leave a Comment
Browse Our Archives
get the latest from
Muslim
Sign up for our newsletter
POPULAR AT PATHEOS Muslim
1