Anti-Semitic or Not – What Does the Quran Really Say about Jewish People?

In a manifesto published last month in the daily Le Parisien, 300 French intellectuals declared their concerns about growing anti-Semitism in France. The manifesto sparked worldwide controversy, not only because the signatory list included prominent figures like the former French President Nicolas Sarkozy, former Prime Minister Manuel Valls, singer Charles Aznavour and actor Gérard Depardieu, but also because of its contentious tone.

More specifically, the manifesto holds the teachings of the Quran responsible for the recent anti-Semitic attacks in France − the country with the largest Muslim and Jewish population in Europe − and strongly recommends that Muslims denounce the verses of the Quran they claim motivate Muslims to kill Jews. They also ask politicians and the French public to stop being politically correct and to admit that “Muslim anti-Semitism” is a more serious threat than Islamophobia.

This was not the first, nor will it be the last, attempt to forge a link between Islam and violence. New atheist thinkers like Richard Dawkins and Sam Harris perpetually blame Quranic teachings for terrorist attacks in the West. In 2015, a cultural anthropologist from Utrecht University wrote to The Guardian that the Quran was responsible for growing anti-Semitism in the West.

More recently and though more cautious in her assessment, British journalist Melanie Phillips referred to “Muslim antisemitism,” arguing that Islamophobia had been coined by Muslims to deflect criticism directed at Islam and the Islamic World.

The French manifesto offended Muslims around the world and received a wide variety of responses. Some Muslims reminded the French intellectuals of violent and apparently anti-Semitic verses in the Bible. However, because this response avoided discussions of Islam, it did not get to the main problem.

Moreover, the signatories had already mentioned their uneasiness with the so-called anti-Semitic verses in the Bible as well. Indeed, they stated their appreciation for the Church’s denunciation of anti-Semitism and asked Muslim religious leaders to do the same.

Other Muslims, including Turkey’s European Union Affairs Minister Ömer Çelik, blamed French intellectuals for manipulating the Quranic verses for political purposes and inferring, as ISIS crassly does, violence from the Quran. Ultimately, the real questions remain:

What does the Quran say about Jews? Does it incite anti-Semitism among Muslim masses?

To begin with, Muslims’ actions are often not motivated by the Quran. For example, Youssouf Fofana, the leader of the notorious Gang of Barbarians, confessed that his gang kidnapped and tortured a Jewish man in 2006 for ransom money. Then there is the fact that sometimes the actions of Muslims contradict the Quran: Muslims who perpetrated the 2015 Charlie Hebdo attack violated the Quran, since it (4;140) tells Muslims to leave those who ridicule God and religion alone as a protest and imposes no worldly punishment for those who ridicule Islam. Yet, terrorists either deemed that Quranic passage inadequate or ignored it altogether and decided to kill Charlie Hebdo employees. By acting on their “religious” feelings, those terrorists betrayed Quranic principles.

Terrorists, who supposedly act in the name of Islam, are typically ignorant of the Quran. For instance, British terrorists Mohammed Ahmed and Yusuf Sarwar lacked basic information about Islam and thus ordered “The Koran for Dummies” and “Islam for Dummies” from Amazon before their trip to join ISIS in Syria.

A leaked government intelligence report based on in-depth interviews revealed that these two were not exceptions; terrorists are usually poorly informed about the main teachings of Islam and do not regularly perform Islamic rituals. On the contrary, several them are drug-users, drink alcohol, eat pork and visit prostitutes. The report concluded that religiosity could prevent radicalization.

Even though some perpetrators of anti-Semitic attacks in France are Muslims, it does not mean that they are motivated by the Quran properly understood. To show that, one would need to show that there are indeed anti-Semitic verses in the Quran.

What Does the Quran about Jews

Some Muslims, in reaction to the manifesto, argued that a literal reading of the Quran is the reason for misunderstanding its attitude towards Jews; modern-day Muslims, they claim, should read the Quran symbolically not literally. However, the real problem concerns the cherry picking and misinterpretation of certain verses about Jews while turning a blind eye to others that praise them.

A proper and thorough reading of the Quran – one that considers all the verses on the subject – shows that the Quran is not anti-Semitic.

According to the Quran, no race and no peoples are ontologically superior to others. Indeed, the Quran (49:11) warns believers against belittling other people groups: “O you who have believed, let not a people ridicule [another] people; perhaps they may be better than them.” So, when Jews are criticized or praised in the Quran it is based entirely on their actions, not their race or religion − as is the case with Muslims.

The Quran, like the Torah, does not claim that all Jews are wrongdoers. Indeed it affirms the righteousness of both Jews and Christians (3:113-115; 3:199; 7:159; 7:168). So, while the Quran criticizes some Jews for their unrighteousness, it praises others for their righteousness. It makes no blanket claims about all Jews as a people group.

Like Muslims, Jews who believe in God and perform good deeds will be rewarded (2:62):

“Those who believe, and those who are Jewish, and the Christians, and the Sabeans − any who believe in God and the Last Day, and act righteously − will have their reward with their Lord; they have nothing to fear, nor will they grieve.”

Moreover, synagogues and churches, along with mosques, are praised in the Quran, as these are the places where the name of God is much mentioned (20:40).

Thus, while the Quran states that Jews who break the covenant, kill messengers and worship other gods are cursed, they are cursed not because of their race but because of their actions. As long as they perform good deeds, God keeps helping the Jews in this world and promises to reward them in the Hereafter.

Does the Quran Forbid Muslims from Taking Jews as Friends?

While there is a verse (5:51) that seems to imply that Muslims should never take Jews and Christians as friends or allies (Awliya’), the Quran itself explains what kinds of Jews and Christians should not be taken as Awliya’ just six verses later, in the same sura (5:57-58):

51: O you who have believed, do not take the Jews and the Christians as allies. They are [in fact] allies of one another. And whoever is an ally to them among you – then indeed, he is [one] of them. Indeed, Allah guides not the wrongdoing people.

Finally, and recalling the divisive and tribal ways of the early years of Islam when the Quran was revealed, the holy book says that Muslims can make Jewish and Christian friends who are not hostile towards Muslims, wage war against Muslims, or expel Muslims from their countries (60:1, 60:8-9).

Let’s get back to the French manifesto arguing for a rejection of supposedly anti-Semitic verses in the Quran. Even supposing Muslim anti-Semitic attackers in France rightly believed that the Jews they attacked were unrighteous, the Quran does not give Muslims permission to punish them. On the contrary, in the Quran (5:13) Prophet Muhammad is commanded to forgive wrongdoers and to tolerate them:

So, for their breaking of the covenant We cursed them and made their hearts hard. They distort words from their [proper] usages and have forgotten a portion of that of which they were reminded. And you will still observe deceit among them, except a few of them. But pardon them and overlook [their misdeeds]. Indeed, Allah loves the doers of good.

16: And We did certainly give the Children of Israel the Scripture and judgment and prophethood, and We provided them with good things and preferred them over the worlds.

17: And We gave them clear proofs of the matter [of religion]. And they did not differ except after knowledge had come to them – out of jealous animosity between themselves. Indeed, your Lord will judge between them on the Day of Resurrection concerning that over which they used to differ.

Permission [to fight] has been given to those who are being fought, because they were wronged.

Muslims, however, are not allowed to wage war against a group just because that group believes in another religion. Muslims can fight only if they are attacked. What matters, again, are the actions of the “other” — not their identity.

French Politics and the Manifesto

Although only a tiny proportion of France’s six million Muslims has ever been involved in anti-Semitic attacks, by officially proclaiming a link between the Quran and anti-Semitism in the minds of the French people, this manifesto will likely increase Islamophobia.

This is exactly what ISIS wants. ISIS leaders have stated that they target the huge majority of Muslims in the West, aiming to turn ordinary Muslims into jihadists. Islamophobia, as encouraged by this manifesto, will help ISIS persuade Muslims that the West hates them. The manifesto, then, helps to create fertile ground for potential ISIS recruits.

Finally, former President Sarkozy and former Prime Minister Manuel Valls, instead of signing this provocative manifesto, could have worked harder to reform and heal the political and social conditions that contribute to both anti-Muslim and anti-Semitic feelings in France. Developing policies for the resolution of the Israeli-Palestinian conflict, decreasing social inequality and enhancing social justice, reforming conditions in French prisons and thus preventing radicalization among inmates would be more effective than calling on Muslims to denounce their sacred scripture. 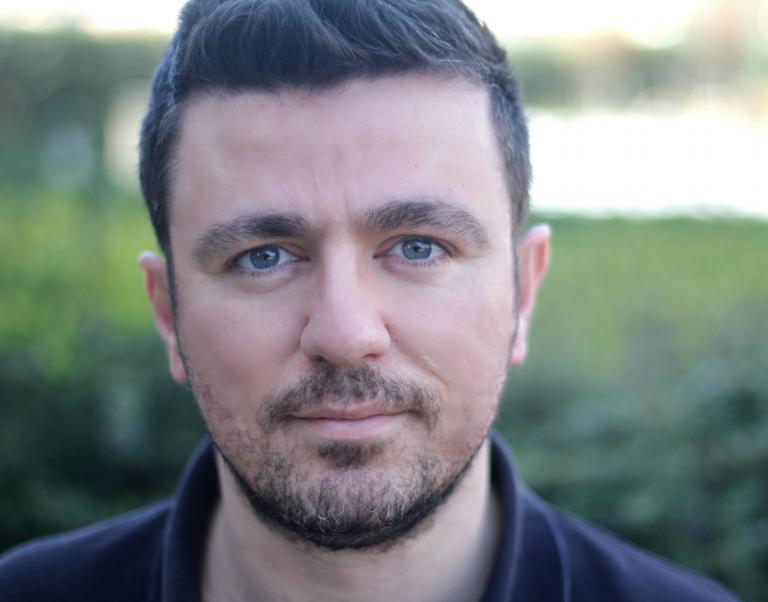 About Alper Bilgili
Alper Bilgili is a sociologist specialized in the sociology of religion. He was formerly a post-doctoral researcher at the University of Leeds, in the School of Philosophy, Religion and History of Science. Bilgili’s recent book Bilim Ne Değildir? (What Science is Not: A Philosophical and Sociological Analysis of New Atheism) was published in 2017. Find him on Twitter @DrAlperBilgili You can read more about the author here.
Previous Post 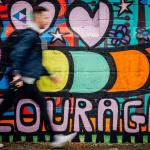 June 14, 2018
Ramadan Reflections - Are You Discussing Ideas, Events or People?
Next Post 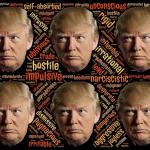 June 25, 2018 The "Trump Effect" Continues to Tie into Bullying of Children and Minorities
Recent Comments
0 | Leave a Comment
Browse Our Archives
Follow Us!