Islam is not sexist, but sometimes, Muslim men are. Islam is not misogynistic, but sometimes, Muslim men are. My words may be alarming, but they are not meant to be accusatory. Muslim men: You are privileged to live in a world that has largely been shaped by male paradigms, one that has been written in your own voices. As a Muslim woman, I challenge you to make a choice: Step outside this male-dominated intellectual framework and recognize how it cripples our Ummah.

I ask this of you, knowing that it is never easy to dissect a system built to preserve your own privileges. The destructiveness of this paradigm is most apparent when it comes to the issue of modesty. Heated debates about how Muslim women should dress abound, so I’d like to take a critical look at a less examined topic: A Muslim’s gaze.

….they should not display their beauty and ornaments except what (must ordinarily) appear thereof; that they should draw their veils over their bosoms and not display their beauty except to their husbands, their fathers, their husband’s fathers, their sons, their husbands’ sons, their brothers or their brothers’ sons, or their sisters’ sons, or their women, or the slaves whom their right hands possess, or male servants free of physical needs, or small children who have no sense of the shame of sex; and that they should not strike their feet in order to draw attention to their hidden ornaments. And O you Believers! turn you all together towards Allah, that ye may attain Bliss.

Interesting isn’t it, that we choose to bypass the injunction on lowering our gaze, which appears first and therefore arguably carries just as much, if not more, weight, in favor of the portion of the verse detailing how Muslim women ought to dress? Perhaps it’s because measuring a gaze, be it a man’s or a woman’s, isn’t as easy as judging one’s choice of dress. Then again, we could attribute the disproportionate emphasis placed on modest dress to the message societies — both Muslim and non-Muslim – send to men: That men have a right over women’s bodies, whether that right be to enjoy or to judge.

Unfortunately, the Muslim community’s fixation with the way Muslim women dress is unrelenting. Muslim women hear it and feel it. It comes from all angles, from our fathers, brothers, husbands, mothers and even our hijab-wearing girlfriends.

Sometimes, we understand that although the pressure itself is negative, its underlying sentiment is rooted in principles derived from the Quran and hadith. Sometimes, we realize that when we quiet down the chastising voices that peck at us from all sides, the desire to wear a hijab is strong within ourselves as well. After this realization, some of us may muster up the strength to dress modestly and don a hijab in spite of outside pressure — not because of it.

Sometimes, we falter. We might cover our hair with a scarf, but discover that it’s difficult to find modest but trendy clothing, so we settle for dresses that are a tad too tight and skirts a few inches too short. We might tie on a hijab or slip on an abaya, only to take it off a few months later because we discover that our community assumes that a change in dress signals a change in character and the staggeringly high expectations are too much to bear. We do all of this under the scorning watch of the male gaze.

And sometimes, we look around and see that the responsibility to practice modesty rests entirely (and unfairly) on our shoulders, so some of us begin to regard, or rather disdain, modest dress as a living symbol of patriarchy. For some, rejecting the concept of modesty comes to represent freeing themselves from tyranny and hypocrisy. From here, it becomes easy to dismiss Islam as the source of this tyranny and we may leave the faith altogether. And this is why I ask you, Muslim men, to reconsider the male-dominated intellectual framework we are living in.

We know our Ummah is broken when women, covered head to toe, are still publicly harassed in Muslim countries. What more can we, as women, possibly do? So I ask you Muslim men, as a collective, to re-read the Quranic verses on modesty and take responsibility for your modesty and your gaze. When I ask you to lower your gaze, I ask you to regard me without sexual desire. Do not treat me as if I don’t exist, as if I don’t count as an emotional and intellectual being.

If your interpretation of the Quran requires you to look away when speaking to me, I understand, but please, look away with humility. When you avert your gaze but speak to me smugly, you only confirm that you do, in fact, see women merely as sexual objects.

Muslim men: Take responsibility for understanding the lives and the jihad )(struggle) of the women in your life. Ask your mother, sister, daughter and perhaps most importantly, your wife if you’ve been a hindrance or a help to them in their journey towards Islam. Then, begin to make personal, communal, and institutional changes. Muslim men, I ask you to remember — he onus is on you, too.

About Zainab Khan
Zainab Khan is a graduate of Wesleyan University in Middletown, CT. You can follow her on twitter @zaynman or read her personal blog at zaynman.wordpress.com. A verison of this post was originally published on Altmuslimah @ http://www.altmuslimah.com/2013/06/the_muslim_male_gaze/. You can read more about the author here.
Previous Post 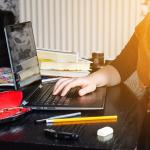 September 26, 2018
7 Things That Can Make or Break MSAs (Muslim Student Associations)
Next Post 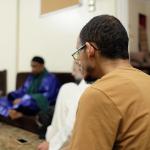 October 8, 2018 Where are the Men? Reuniting Islam and Masculinity in our Modern Times
Recent Comments
0 | Leave a Comment
Browse Our Archives
Related posts from altmuslim