Where are the Men? Reuniting Islam and Masculinity in our Modern Times

Where are the Men? Reuniting Islam and Masculinity in our Modern Times October 8, 2018 Guest Contributor

I was headed to a class on public transport in Cairo, Egypt when I heard the sound of something slamming into a wall. When I turned to my right, I saw a woman attempting to pick up her phone from the floor. A man towered over her and was yelling. When she finally found it, she lifted it to begin dialing a number when he slapped it out of her hand and slammed her back to the floor.

I was raised to never lay a hand on a woman. I know this might be outdated for many. I know (as hard as it is to believe) some would argue that some women deserve it. (I’ve even had Muslim women tell me this.) But for me and my upbringing, it was plain inappropriate, wrong and an embarrassment.

I asked my bus driver to pull over despite the fact that a group of people had just gotten on.

“Don’t worry about it, it isn’t something big,” he told me. His thick Egyptian accent was more irksome than ever.

It reminded me too much of a man I knew back home who once told me, “Don’t get in people’s business. You don’t know what she did.”

It seemed it didn’t matter where I was; there was always an excuse for the treatment of women. I got out. I left my bag, my phone and my laptop in the bus because as I left, my mind only had a single thought on it: Why was he still hitting her? People gathered round and watched. Some said things from afar, but none did anything.

I had enough and yelled, “What are you all doing?” No one replied.

“Where are the Muslims?” I yelled in the old-high tongue of the Arabs, the Arabic they hear in the Friday prayers. At this point they must have thought me delusional.

That’s when I said, “Where are the men?”

I think they must have felt a stab in their heart of hearts, in the deep sleeping portion of their souls that had slumbered for centuries like some dragon in its lair of gold. Asleep since the fall of the caliphate and the death of Futuwwa (Islamic chivalry). Finally, they proverbially answered, and the cop who was also watching jumped in and pulled him off of her and pushed him to the side, telling him to cool off.

I’ve seen many sights like this in the Muslim community. I myself have faltered due to my own weaknesses and impulses. And, every time it makes me wonder, where are the men?

I am not here to be a shining knight like some may purport. However, I do believe we have a crisis of masculinity, a crisis where there is no balance. There is either light or dark, and both contain evil. Instead, many have inherited a mantle given to them; a mantle that grants them the title of being a man without being deserving of it. Similar to those who don the mantle of religion, very few deserve or even work towards the responsibility of wearing that mantle.

I’m not attempting here to be pessimistic or paint a mammoth of an exaggeration. However, when a man 30 years of age complains to me about the difficulties of lowering his gaze, or when told that it may be time to get married responds with, “I’m too immature,” I say we have a problem of masculinity.

Ibn ‘Umar reported that the Prophet (God’s peace and blessings upon him):

There is a role that we all have to play in the preservation of society. Running away from our responsibility as men will do society no good. We are leaders. Does this mean that women aren’t? No, and if that is what someone gathers from reading this then they may need to ask themselves why they are allowing their personal experiences to dilute my words. Women are leaders as well; they are shepherds and keepers in their own way, and I have no authority over women.

How do I benefit the women in my life? By unifying my Islam and my masculinity — that my masculinity is never informed by popular culture, pornography or scandals that cause us all to toss and turn over the ages like a ship without a captain, perpetually attempting to decipher what it means to be a man, yet never able to reach ashore.

Rather, my masculinity is enlightened by God, by His Divine words and His Prophet (God’s peace and blessings upon him). A man who when one of his wives’– our mother, Aisha (upon her be peace and the pleasure of God) — was asked about his character, she replied that it was like that of the Quran.

That, to me, is masculinity. But capturing true masculinity, attaining it and living it is a task that requires great fortitude and patience. It takes great worship and connection to the realm of the unseen. It is a state that, in a world of post-modernism where the self is the epicenter of the world, we may never be able to procure again. Not unless we shed ourselves of the self, of our lusts, of our anger, and of those attributes that make us more primal than human, and replace them with sentiments that are saintly, wholesome and beautiful.

We need to struggle in defeating our lower virtues, in an effort to beautify our internal states, and subsequently beautify our external. We need to struggle to replace virtues that call for machismo and instead focus on living in conjunction with the Divine nature of the Quran — like our mother A’isha said of her wonderful husband, our Prophet, that he was a walking Quran.

So, who are the virtuous, masculine men? I’ll never forget the day as I sat learning the Quran before I became Muslim. I sat in a class where Ustadh Wisam Sharieff, of AQL and Quran Revolution began reciting verses from Surah Al Furqan. These verses from ayah 63 to 76 represent the extolled virtues and ethics that every true Muslim man should aspire to. Virtues that I pray we all can attempt to inculcate in our lives; verses that to this day represent to me what true masculinity is about.

And the servants of the Most Merciful are those who walk upon the earth easily, and when the ignorant address them [harshly], they say [words of] peace, And those who spend [part of] the night to their Lord prostrating and standing [in prayer] And those who say, “Our Lord, avert from us the punishment of Hell. Indeed, its punishment is ever adhering; Indeed, it is evil as a settlement and residence.” And [they are] those who, when they spend, do so not excessively or sparingly but are ever, between that, [justly] moderate And those who do not invoke with Allah another deity or kill the soul which Allah has forbidden [to be killed], except by right, and do not commit unlawful sexual intercourse. And whoever should do that will meet a penalty. Multiplied for him is the punishment on the Day of Resurrection, and he will abide therein humiliated – Except for those who repent, believe and do righteous work. For them Allah will replace their evil deeds with good. And ever is Allah Forgiving and Merciful. And he who repents and does righteousness does indeed turn to Allah with [accepted] repentance. And [they are] those who do not testify to falsehood, and when they pass near ill speech, they pass by with dignity. And those who, when reminded of the verses of their Lord, do not fall upon them deaf and blind. And those who say, “Our Lord, grant us from among our wives and offspring comfort to our eyes and make us an example for the righteous.” Those will be awarded the Chamber for what they patiently endured, and they will be received therein with greetings and [words of] peace. Abiding eternally therein. Good is the settlement and residence. (Surah Al Furqan 63-76) 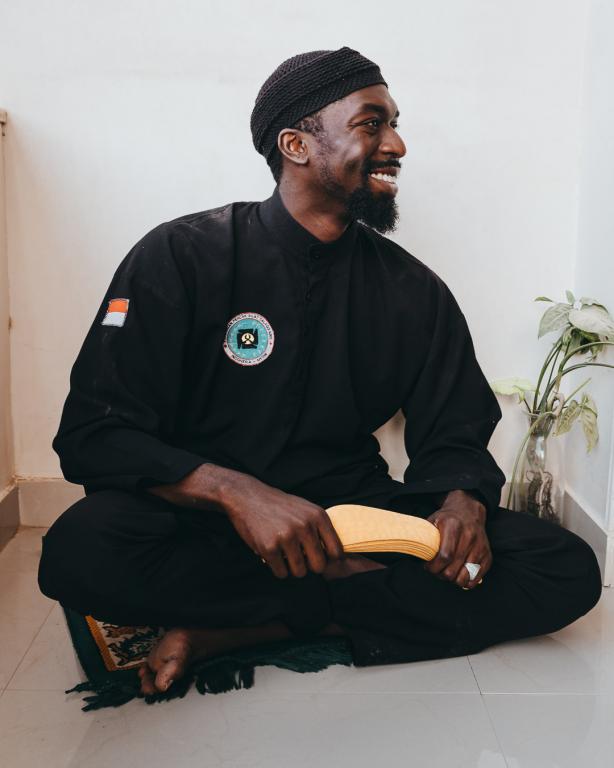 About Arthur Richards
Arthur Richards is a father, writer, and student of the Islamic Sciences. Currently living in Cairo, Egypt he studies at Al-Azhar University. He is an avid storyteller. Arthur is Altmuslim’s newest columnist. His column, “Tapestry of Faith,” is published (usually) in the first week of every month. Instagram: @AuthorKRichards_ Facebook: ArthurkRichards You can read more about the author here.
Previous Post 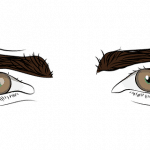 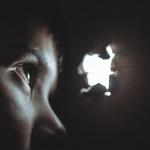 October 11, 2018 The Trifecta of Rape Culture, Sexual Abuse and Muslim Communities - Debunking False Statements
Recent Comments
0 | Leave a Comment
"FsyYOU are hate. Period."
Soren A Ramadan Testimonial of Repentance and ..."
"Thank you for sharing this article along with detail information, and you have mention the ..."
wazeer shaik The Path Through Hajj – One ..."
"Tamerlane is considered an oppressor amongst Islamic scholars and an anti-hero in Islamic culture. It's ..."
Ali Inspiration: Star Wars: An Islamic perspective
"did you head to syria? did you take ilisha?"
mike malzahn Quran, Hadiths or Both? Where Quranists ..."
Browse Our Archives
get the latest from
Muslim
Sign up for our newsletter
POPULAR AT PATHEOS Muslim
1