More Photos, near Philipsburg this month and some Economic drivel

More Photos, near Philipsburg this month and some Economic drivel November 26, 2008 Justin Whitaker

Lacking anything very Buddhist(ic) or philosophical for the day, I’ve found some more photos to post. Oh, I did read that all is looking poorly for Tibet these days, as Britain bows to economic pressure (and China) and gives up claims to Tibet’s special status which has existed between Britain and Tibet for over a century.

I saw that Citibank is getting a huge bailout and homebuilders are now asking for money. I’m contemplating provoking students to demand our piece of the pie (bail us out of student debt! – it’s far cheaper and more effective).

Where is our country/planet going these days? The bubble burst, people’s imagined wealth is gone, now what?

As I’ve mentioned before, I feel mostly untouched by all of this economic turmoil. My savings in Britain is down in value, but it will rebound – meanwhile my tuition costs are down as much, and will go back up eventually. My job at the University is secure. All seems ok. Then I think about the government debt being racked up – mostly in the Iraq war, but now in saving drowning businesses. It’s all rather perplexing to me. Oh well. Here, look at some pretty pictures: 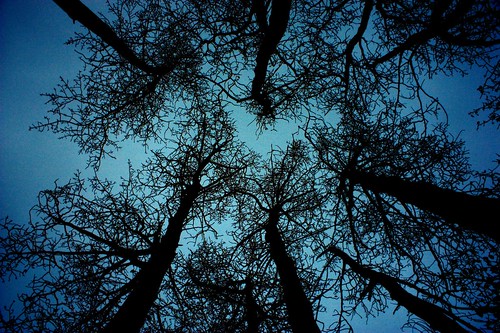 November 26, 2008 Economic clarity, ignore previous drivel
Recent Comments
0 | Leave a Comment
"I've read that borderline persons have a high sense of fairness and BPD is soooo ..."
steven solomon Borderline Personality Disorder and Buddhism (IV)
"I came across this site by accident, It reminded me of a story about two ..."
quacknduck Tourists: Buddha Tattoos are Taboo; as ..."
"eMudhra Limited is a certified body, licensed by the Government of India. eMudhra operates in ..."
Mycaportal Buddhism: Dzogchen and Mahamudra
"folks hav to learn the local laws wen they invade the space"
Joe Biggs Tourists: Buddha Tattoos are Taboo; as ..."
Browse Our Archives
get the latest updates from
American Buddhist Perspectives
and the Patheos
Buddhist
Channel
POPULAR AT PATHEOS Buddhist
1