There is an excellent article in the Huffington Post by Ed and Deb Shapiro today worth a read.

While beginning with a fairly scathing review of Bush’s eight years in office, the article went on to say:

There is, however, much to learn from the past eight years. For GWB is not entirely to blame. Indirectly we are all responsible for what has happened. Our apathy allowed the corrupt voting machines. We did not protest loud enough when power was blatantly misused. We all bought into the American dream that there was plenty of money for everyone. And we watched from the sidelines as our heritage was spent on a war that has gone nowhere.

This is very true. While we on the left would perhaps like to see Bush as an aberration, likely never to happen again, it is more likely the case that he was a symptom of the direction of America and much of the world today. We saw Tony Blair and other leaders following Bush into Iraq, not to mention the many ‘quiet’ fascist and totalitarian states out there that make us very grateful to live in a Democracy – even under Mr. Bush.

I was amongst the millions who protested in the lead-up to the Iraq war. I wrote letters to the paper urging us even against the massive invasion of Afghanistan in the wake of 9-11 and organized, with friends, a “peace concert” to bring people together in those dark times. I stopped my Buddhism course, with 180 or so students, on September 11, 2006 to discuss Buddhist responses to violence and to the events of 9/11/01 specifically. Yet all of that feels like a distant memory, a different life, mere moments of opposition as I otherwise go about my daily business. The article goes on:

Ed was born Jewish, and on one occasion was dumbstruck when his teacher Swami Satchidananda said, “You even have to forgive Adolph Hitler.” But then Satchidananda added, “You don’t forgive the act but you forgive the ignorance that perpetrated it. You forgive the being inside and hope they learn and change.”

One of the best pieces of advice regarding forgiveness is that “forgiveness is not a one-time thing.” Like gratitude it needs to be renewed and made into a habit.

How amazing it would be if we could focus love and compassion on Bush and bring him into our hearts. To offer him forgiveness. What a courageous thing to do. Do you think you could do it?

What have the last eight years meant for you? What would you like to say to George Bush? If your feelings are negative, then can you turn them around? What do you need in order to feel healed?

For those new to Buddhism and meditation, see wildmind.org and look up metta bhavana. It is a powerful practice for extending our circle of care and loving-kindness.

As for me in the last eight years? Well, ironically it is the span of my time as a Buddhist and meditation practitioner, as well as a dedicated university student, so it has been a very good time in some regards. Politically it has been a time of intermittent activism, mild frustration (Montana often feels quite isolated from Washington DC), with glimmers of hope, but mostly practicing patience for further opportunities to affect change.

What would I say to George W. Bush? I don’t think I’d like to say much, but rather I would try to listen. Better yet, I would invite him to a nice quiet ranch nestled in the mountains near here to meditate for a few days, or weeks, or longer. I think the stark landscapes and the silence would do us both some good. 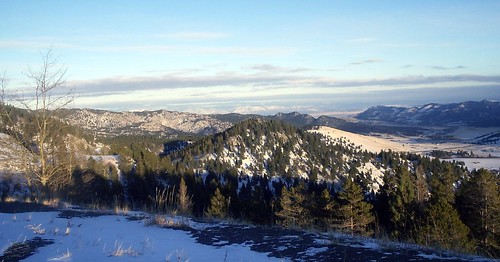 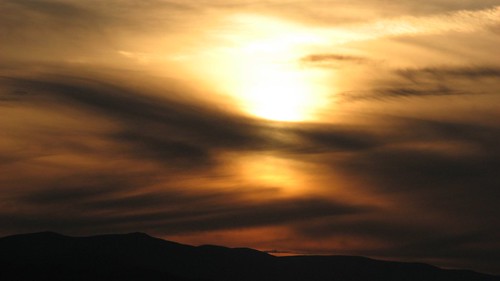 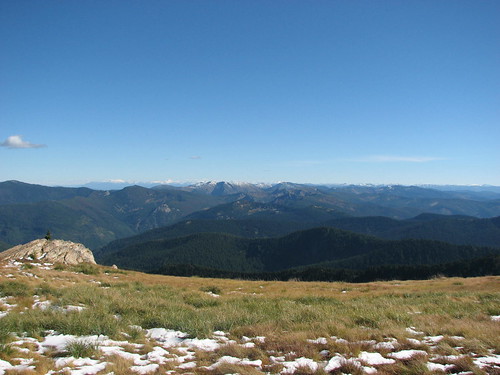 Looking east from Illinois peak in the Great Burn wilderness area (at the MT/ID border), Sept 24, 2007.

January 9, 2009 Busy, Travels, School, and more
Recent Comments
0 | Leave a Comment
"I've read that borderline persons have a high sense of fairness and BPD is soooo ..."
steven solomon Borderline Personality Disorder and Buddhism (IV)
"I came across this site by accident, It reminded me of a story about two ..."
quacknduck Tourists: Buddha Tattoos are Taboo; as ..."
"eMudhra Limited is a certified body, licensed by the Government of India. eMudhra operates in ..."
Mycaportal Buddhism: Dzogchen and Mahamudra
"folks hav to learn the local laws wen they invade the space"
Joe Biggs Tourists: Buddha Tattoos are Taboo; as ..."
Browse Our Archives
get the latest updates from
American Buddhist Perspectives
and the Patheos
Buddhist
Channel
POPULAR AT PATHEOS Buddhist
1