Patheos Explore the world's faith through different perspectives on religion and spirituality! Patheos has the views of the prevalent religions and spiritualities of the world.
“Really great people make you feel that you, too, can become great.” – Mark Twain 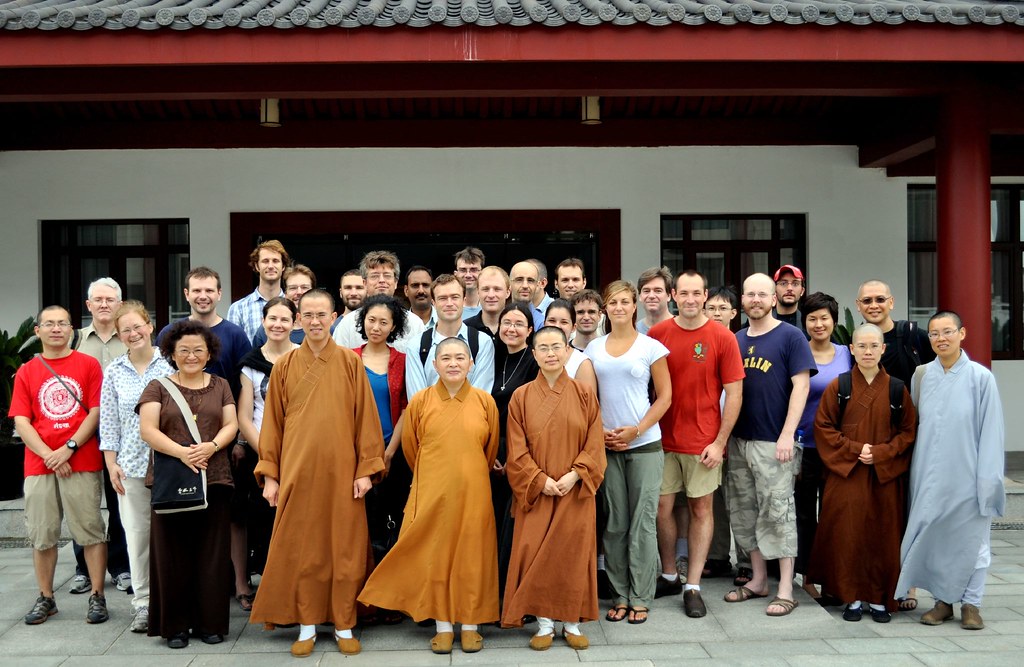 This post won’t be so much about China or the Chinese people as it is about my fellow Woodenfish in China participants. In short, these were amazing people. For those who have asked me what the highlight of the trip was, “the people” has been the immediate answer. “Squatter” toilets and food poisoning top the list for least-favorite aspects, but that’s another post.

It’s hard to put into words, but there is something refreshing and inspiring about being around a group of extremely focused, intelligent, accomplished, and enthusiastic people. Several are Fulbright scholars, almost all were fluent in at least two languages, well-traveled and genuinely thoughtful and curious about the world. They came from India, the Netherlands, Germany, and Australia (oh yea, and Canada!) and represented schools in America including Harvard, Berkeley, Stanford, Rice and Columbia, just to name a few.

While I love Missoula for countless reasons, I have sorely missed this kind of lively intellectual (at times geeky) atmosphere.

Unfortunately, three weeks is just long enough to start to get to know people. So as our friendships were only beginning to develop, our time was quickly running out. While I could say positive things about everyone on the trip, here are a few personal highlights. (long delay to try to grab photos, but that’ll take a while. I guess I took over 5000 of them, which is simply crazy. Now I have the horrible task of going through and finding the good/best in all of that…)

Running in Suzhou with then-roommates Jacques and Robert. We didn’t get far, but given that it had been several days since I’d run, I needed it.

Other runs, including a 14 mile morning in Xi’an with the help of Wayne, Peter, and Robert; and other running partners Grace and Jolie. With Jolie especially, running quickly transitioned to extended conversations on psychology and life, kicking off a very quick and hopefully lasting friendship.

Riding the 14 km Xi’an city wall with Peter and Jolie and learning (there of all places) how to do a proper headstand/invert. 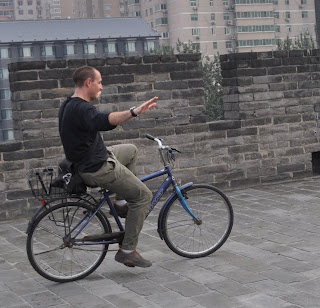 Discovering my long-lost monkey brothers (fellow year of the monkey births), Wayne -below- and Matt. Here we are at a temple with a Chinese zodiac character on each post. 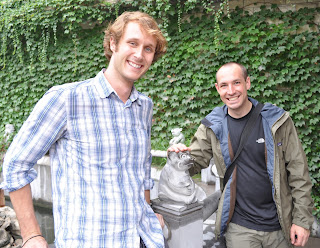 Also, rooming with Matt was fantastic. We had a good bonding experience with 2 days of being bed-ridden with food poisoning.

The photographers guild: myself, Grace, Chin Hock, and Jacques. Lots of oohs and ahhs as we showed off perspective cameras (thanks again, Julie!) and special status as “the photographers,” especially when Chin and I brought out our tripods.

Learning how to write “Buddha” in Korean thanks to Grace, and memorizing the Seriac alphabet thanks to Liza.

And most of all, being inspired to return to Asia for work or studies asap: perhaps a year in Korea at Grace’s University, perhaps a Fulbright to India, or the Woodenfish program in Taiwan, or, as I’ve thought about before, teaching in India for Antioch’s study abroad program.

For all this, I am very grateful. And I hope to carry forth in all I do these wise words:

“Wheresoever you go, go with all your heart.” – Confucious

August 17, 2009 Life: New Phases
Recent Comments
0 | Leave a Comment
"I've read that borderline persons have a high sense of fairness and BPD is soooo ..."
steven solomon Borderline Personality Disorder and Buddhism (IV)
"I came across this site by accident, It reminded me of a story about two ..."
quacknduck Tourists: Buddha Tattoos are Taboo; as ..."
"eMudhra Limited is a certified body, licensed by the Government of India. eMudhra operates in ..."
Mycaportal Buddhism: Dzogchen and Mahamudra
"folks hav to learn the local laws wen they invade the space"
Joe Biggs Tourists: Buddha Tattoos are Taboo; as ..."
Browse Our Archives
get the latest updates from
American Buddhist Perspectives
and the Patheos
Buddhist
Channel
POPULAR AT PATHEOS Buddhist
1