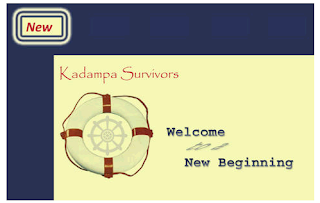 For those who don’t know, the New Kadampa tradition is a split off of the Geluks, the Dalai Lama’s school of Tibetan Buddhism. I was first exposed to them in 2004-2005, when I studied in Bristol, UK for my MA in Buddhist Studies. A professor there told me to “be wary” of them, as there were many questionable, cultish activities going on in their midst. I wound up going to a couple meditations offered by one of their young nuns; a woman who had only studied/practiced Buddhism for a couple years and had been ordained and put in a teaching role. Her faith was obvious, if not a bit glassy-eyed, and she knew her basics well enough, but I found the whole thing a bit odd. We listened to how great the group and leader were, had a short talk on the basics of Buddhism, a sharing session, and listened to inspirational music. I can’t say it was bad, but definitely not my style.

I should note I also attended the local Geluk center in Bristol then too. For different reasons it too didn’t really suit me, so I quit going.

When I studied the Dorje Shugden affair, referred to below, I couldn’t help but agree with H.H. the Dalai Lama’s actions. Shugden is a patently divisive figure who maybe had a place in Geluk practice in the tumultuous days of medieval Tibet, but not today as far as I can tell. I’ve had some friends attend the NKT over the years as well. Only one, I think, ever stayed with it and she didn’t ever care much about Shugden; the others I’ve spoken with didn’t even seem to know about him. Here’s a bit of a story similar to those I’ve heard.

As to whether NKT is dangerous or “bad,” I don’t know. See my recent post on “True Buddhism” for why I’m hesitant to pass such judgments. I’ve heard from several good sources that Geshe Kelsang Gyatso’s work on Shantideva, Meaningful to Behold: The Bodhisattva’s Way of Life

, is excellent and well worth reading. But I’m also very put off to see members of the NKT noisily protesting against H.H. the Dalai Lama in 2008 in London (and Australia, an Australian Sangha Association statement on that event).

Like my professor 7 years ago, I’d probably recommend that anyone interested in the NKT approach them with some caution. That’s probably great advice for any religious group, but to be honest, I’m much less concerned with students diving in to the teachings of Joseph Goldstein or Thich Nhat Hanh (MUCH less). The NKT has a lot to offer in terms of  Dharma philosophy and practice. But their is also a lot of divisiveness surrounding them that threatens to swallow up or overshadow all the good intentions and devout practice of their followers. See below.

Some of the NK Survivors group rules are:

1. No NKT propaganda is allowed

Most of us are aware of what is taught in the NKT. As such we know longer wish to be exposed to it.

2. No NKT members/followers/students are allowed.

If you are happy with the NKT, and have no desire to leave, this group is not for you. If you join anyway trying to post and try to get Yahoo to delete this group, we can only assume you are a troll trying to cause disharmony. Such people will be banned and removed at once from the group.

3. No debate of Dorje Shugden is allowed.

Everyone who was a member of the cult is welcome here. Including those who are for and against Dorje Shugden. Wherever Shugden’s name is mentioned a schism is soon to follow. In order to keep the harmony of the group no debate of Shugden is allowed.