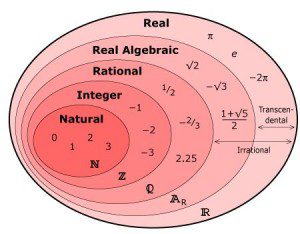 This is part five of a series of posts based on a 27 February talk I delivered for the Oxford Center for Buddhist Studies; click for parts

Despite the warnings that ‘in ethics everything is pretty messy, and there is not much room for […] ethical theory,’ the lure of categorical comparisons seems as strong today as it ever was. Damien Keown covers the breadth of them in his 1992 book, and recounts a few consequentialist/utilitarian accounts in a 1996 paper:

Among early opinions may be cited that of J. B. Pratt who in 1928 described “the Buddha’s ethic” as one of “utilitarian or (altruistic) hedonism” (1928, 32). He suggested: “The principle on which the good and evil forms of happiness are to be distinguished is explicitly stated. It is the principle of utilitarianism” (1928, 28). Mrs. C. A. F. Rhys Davids took the view that “The Buddhist . . . was a hedonist, and hence … his morality was dependent or … utilitarian” (1974, xci). Among modern scholars, David Kalupahana has noted that “The emphasis on happiness as the goal of ethical conduct seems to give the Buddhist theory a utilitarian character” (1976, 61). The most recent opinion is that of Padmasiri de Silva: “Buddhism may be described as a consequentialist ethic embodying the ideal of ultimate happiness for the individual, as well as a social ethic with a utilitarian stance concerned with the material and spiritual well-being of man-kind” (1991, 62). (‘Karma, Character, and Consequentialism’, JRE, p.330)

When I wrote my masters dissertation in 2005, I suggested that Keown was successful in his refutation of Utilitarian interpretations of Buddhist ethics.[1] At the time there had been no attempt by scholars to reassert the claims of I.B. Horner (1950), David Kalupahana (1976), Dharmasiri (1986), and others who had suggested that Buddhist ethics is Utilitarian in nature.[2] But in the years immediately following, Mark Siderits published his book, Buddhism as Philosophy (2007), wherein he argued for a consequentialist reading of Buddhist ethics, based on the perceived centrality of anattā. Charles Goodman also published his book, Consequences of Compassion (2009) in which he too found Buddhist ethics to be consequentialist.

Meanwhile the Aristotelian or Virtue Ethics approach has also been taken up by numerous authors, including James Whitehill (‘Buddhist Ethics in Western Context: The Virtues Approach’, JBE, 1994), Simon James and David E. Cooper (Buddhism, Virtue and Environment, 2005), and others. Similarly, several scholars questioned particular aspects of Keown’s work and sought to make minor alterations in his system. In particular, Georges Dreyfus (1995, pp.34-36) cast doubt on Keown’s interpretation of cetanā, Lance Cousins (1996) problematized Keown’s canonical interpretations of kusala and puñña, and Abraham Velez de Cea (2004, pp.124-125) criticised Keown’s understanding of the criteria for right action in Buddhist ethics. The debate over the meaning of canonical terms suggests that creative philology will certainly lead to yet more understandings of Buddhist ethics, even if these understandings continue to flourish in relatively isolated confusion, as the Indian parable of the blind men and the elephant suggests of most quests for truth.

Two more sections remain, a short discussion of Buddhist ethics in the 21st century and the conclusion…

[1] I follow Keown in adopting John Rawls’ definition of Utilitarian theory as one in which ‘the good is defined independently from the right, and then the right is defined as that which maximizes the good’ (1980: 24), cited in Keown 2001, p.166.

[2] Keown 2001, pp.14-18 lists several of the prior suggestions toward the conception of Buddhist ethics as Utilitarian.

For the Whitehill, Dreyfus, and Velez de Cea articles, see the Journal of Buddhist ethics.

April 25, 2012 How to buy happiness
Recent Comments
0 | Leave a Comment
"Well explained. Dholavira is also one of the largest site of Indus Valley civilization. It ..."
Kirti Bajaj Major Sites of the Indus Valley ..."
"Nice write up Justin."
Catalin Newport In Hong Kong, the Bodhisattvas wear ..."
"I used to idealize Tibetan Buddhism. I studied with some senior teachers from Shambhala and ..."
Metis Buddhism, patriarchy, abuse, and violence: we ..."
"its almost as if yoga can't be associated with hinduism, it's like a taboo for ..."
edl Can Western Appropriation of Buddhism, Mindfulness, ..."
Browse Our Archives
Follow Us!