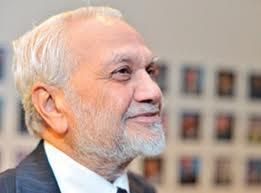 Lord Parekh provided his philosophical examination of the issue, defining, as best he could and as philosophers do, the terms of the discussion. Tolerance, he suggested, can be exercised in three different realms:

And, as a philosopher, he had to pin down the meaning of tolerance itself, giving it five crucial conditions:

So, many of the casual ways we use the term are not at play for Lord Parekh. (skipping over much essential material) Lord Parekh then discussed tolerance in three major religions: Islam, Hinduism, and Buddhism.

To give just a highlight or snipit of each:

Before getting to the responses, I’d like to just say a thing or two about this. Islam, of course, has a very bad name in general in the West, so the more dispelling of rumors that can be done, the better. Hinduism, he didn’t mention, also has an unfortunate capacity to re-appropriate anything and everything in India for itself, thus swallowing up religious sites of other religions. This has led to some conflict (I was in India in the fall of 2010 when the judgment was given, news video here; luckily all was calm, even after the Supreme Court’s decision). Buddhism, I could speak ad nausium about. Peter Harvey luckily covered some (most?) of the intolerance committed in its name. Tibet, even with Buddhism, was a very violent country right up to the invasion of the Chinese. Japanese Buddhists were often complicit with that nation’s expansionist wars, including WWII. Sri Lankan Buddhists supported the ethnic majority Sinhalese in their decades-long war against the minority Muslim Tamils. Thais support the ongoing fighting in their southernmost province against an ethnic majority (in the area) Malay Muslim population. Those are just a couple examples that suggest that Buddhists have historically not been the super-nice-guys (and gals) that they are often portrayed to be.

The responses I’ll actually skip, mostly. I’ve discussed some of what Prof. Harvey said. A couple of his main points were that while the Buddha warned of a narrow attachment to views, he also did give specific teachings that he held to be both true and helpful for his listeners. So belief is important, but not nearly as much as action or practice, in Buddhism. Peter suggested, and I will emphasize, that Buddhists have pretty much always debated each other, sometimes pretty fiercely. Theravadins (often) really don’t care for Mahayana monastics who eat “at the inappropriate time” – after noon. Mahayanins likewise often frown upon Theravadin meat-eating. In practice, of course, all of this is complex, but these are some of the stereotypes that arise within the tradition. Most traditions also teach a sort of hierarchy of “views” or understandings of reality, culminating (no surprise) in their own.

And without giving a definitive view (which would be a bit contradictory, wouldn’t it?) on Buddhist notions of tolerance, I thought I would share some videos:

First is a young monk giving a good explanation of tolerance in Theravadin Buddhism:

Here, the Dalai Lama (in Vancouver, Canada) knocks it down to under 3 minutes:

Ajahn Brahm, as usual, gives a wonderful and broad view of tolerance for the contemporary Buddhist. (jump to 26 minutes in for a great joke about religious tolerance):

Zen: from Shinzen Young, “Is Buddhist meditation compatible with other religions?”

And, not to be forgotten, Shin Buddhism also has something to say about interreligous dialogue, via the great Dr. Mark Unno:

And for a great teaching on life in general, Archbishop Tutu speaking at Gonzaga’s 125th University Commencement this year: