Is this the first ever Buddhist Social Media “Code of Conduct?”

Is this the first ever Buddhist Social Media “Code of Conduct?” January 17, 2013 Justin Whitaker 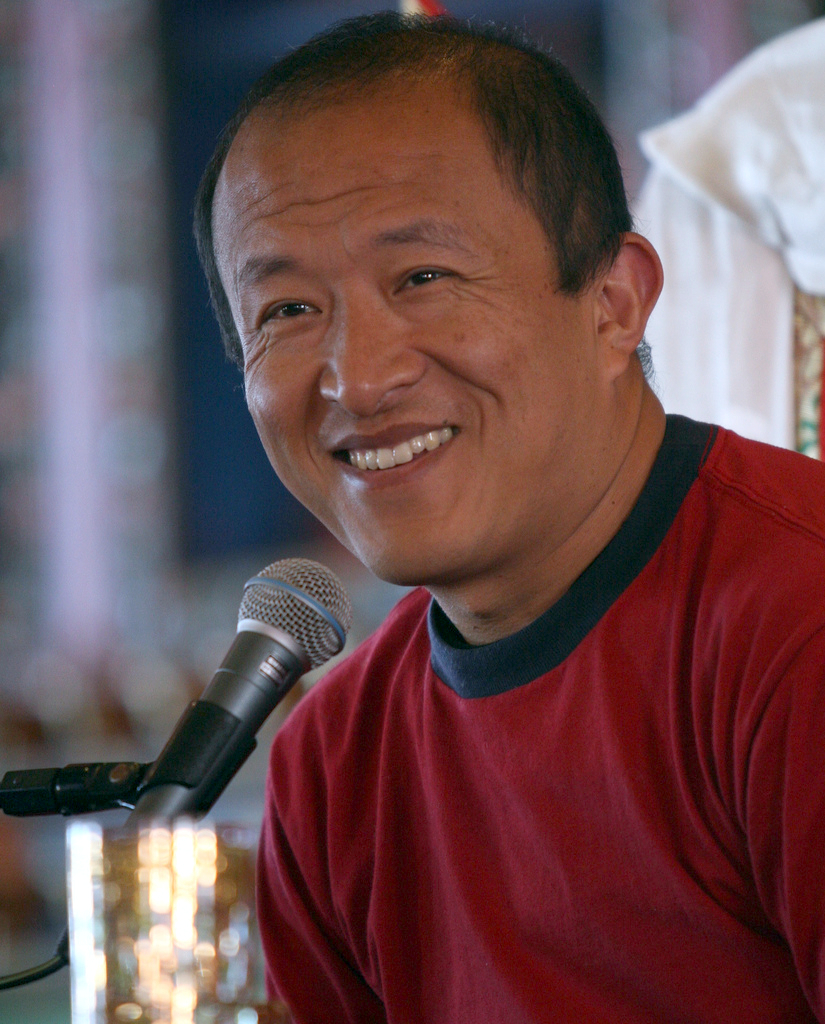 The following was posted today on the  Facebook page of the popular Bhutanese teacher and filmaker Dzongsar Khyentse Rinpoche:

If you think or believe that you are a student of Vajrayana—whether or not that’s true is another matter—but as long as you think you are a Vajrayana practitioner, it becomes your responsibility to protect this profound tradition.

It’s important to maintain secrecy in the Vajrayana. The Vajrayana is called ‘the secret mantra yana’ because it is intended to be practiced in secrecy. It is not secret because there is something to hide, but in order to protect the practitioner from the pitfalls and downfalls that ego can bring to the practice. In particular, practitioners tend to fall prey to “spiritual materialism,” where their practice becomes just another fashion statement intended to adorn their egos and make them feel important, or have them feel that they’re part of a ‘cool’ social tribe, rather than to tame and transform their minds. When practiced in this way, the Vajrayana path becomes worse than useless.

Also, the Vajrayana teachings are ‘hidden’ in the sense that their meaning is not apparent to someone who has not received the appropriate teachings. It’s like a foreign language. Because some of the imagery and symbolism can seem strange or even violent to the uninitiated, it’s generally recommended to keep it hidden so that it doesn’t put off newer practitioners, who might develop wrong views about the Buddhist path in general and the Vajrayana path in particular.

While posting on social media, please bear in mind that you are not only posting for your own reading pleasure, but to the whole wide world who most likely don’t share your amusement over crazy photos, nor your peculiar adoration and fantasies of certain personalities you call as guru.

Given this, here are some suggestions I offer fellow so-called Vajrayana students about how you can protect yourself—both by avoiding embarrassment and by protecting your Dharma practice—and also protect the profound Vajrayana tradition:

(1) Maintain the secrecy of the Vajrayana (this includes secrecy about your guru, your practice, tantric images, empowerments you have received, teachings you have attended, etc.)

– Don’t post tantric images: If you think posting provocative tantric images (such as images of deities with multiple arms, animal heads, those in union, and wrathful deities) makes you important, you probably don’t understand their meaning.
– Don’t post mantras and seed syllables: If you think mantras and seed syllables should be posted on Facebook as mood enhancement and self-improvement aids, a makeover or haircut might do a better job.
– Don’t talk about your empowerments: If you think images from your weekend Vajrayana empowerment are worthy of being posted up next to photos of your cat on Facebook, you should send your cat to Nepal for enthronement. Unless you have obtained permission from the teacher, do not post any photo, video or audio

recording of Vajrayana empowerments, teachings or mantras.
– Don’t talk about profound/secret teachings you may have received: Some people seem to find it fashionable to hang words like “Dzogchen” and “Mahamudra” in their mouths. If you have received profound instructions, it is good to follow those instructions and keep them to yourself.
(2) Avoid giving in to the temptations of spiritual materialism and using Dharma in service of your ego (do not attempt to show off about your guru, your understanding, your practice etc. Likewise, do not speak badly of other practitioners or paths.)

– Don’t share your experiences and so-called attainments: If you think declaring what you think you have attained is worthwhile, you may have been busy bolstering your delusion. Trying to impress others with your practice is not part of the practice. Try to be genuine and humble. Nobody cares about your experiences in meditation, even if they include visions of buddhas, unicorns or rainbows. If you think you are free of self deception, go ahead, think again.
– Don’t boast about your guru: No matter how great you think your guru is, it would probably serve better for you to keep your devotion to yourself. Remember that being buddhist is not joining a cult. If you think your guru is better than another’s, you probably think your equanimity and pure perception are better than another’s.
– Don’t attempt to share your so-called wisdom: If you think receiving profound teachings gives you license to proclaim them, you will probably only display your ignorance. Before you “share” a quote from the Buddha or from any of your teachers, take a moment to think if they really said those words, and who the audience was meant to be.
– Don’t confuse Buddhism with non-Buddhist ideas: No matter how inspired you might be of rainbows and orbs, and how convinced you are about the end of the world, try not to mix your own fantasies/idiosyncracies with Buddhism.
– Be respectful to others: Without Theravada and Mahayana as foundation, there would be no Vajrayana. It would be completely foolish of Vajrayana practitioners to look down on or show disdain towards Theravada and Mahayana. If you think attacking other buddhists will improve Buddhism, do a service for Buddhism, take aim at your own ego and biasedness instead.
– Don’t create disharmony: Try to be the one who brings harmony into the sangha community with your online chatter, instead of trouble and disputes.
– Always be mindful of your motivation: Please do not attempt to display “crazy wisdom” behaviors online, just inspire others to have a good heart. If you think you are posting something out of compassion, try first to make sure you are doing no harm. Whenever you can’t let go of the itch to post something, make sure that it helps whoever who reads it and the Dharma.

All in all it sounds great: be a bit humbler and use your precious human life wisely. If you want to lead by example, make the example that of simply being a good person, not your latest recitation count or that time you got “this close” to this or that lama. Perhaps similar guidelines can be created for Zen, Theravadin, and other practitioners.

And now the nit-picking (from the perspective of a non-Vajrayana scholar): The bit about Theravada being a foundation for Vajrayana is a bit historically incorrect. What he probably means is Hinayana, which in Vajrayana teachings refers to a “lower motivation” rather than to any historical or existing “school” of Buddhism. Theravadins rightly protest(ed) to being identified with this lower motivation and would just as rightly protest to their school being described as a foundation for Vajrayana.

One of the comments on the facebook page was along the lines of “oops, I shared this.” Should it be shared? Or is it secret? Is it itself a Vajrayana teaching that can lead to “spiritual materialism?” Did Dzongsar Khyentse Rinpoche really say it? Another commenter states that there are youtube videos of major lamas chanting “secret” mantras. Are they violating this rule by allowing video/audio recording or supporting its dissemination? The question seems to be, “where is the clear line between Vajrayana and open Buddhist teachings?” Or rather “is there such a line?”

If there is line, do teachers make it clear – telling students to not share notes from this point forward or to turn off recording devices?

Are certain mantras or images inherently secret? Or do they “become” Vajrayana by virtue of empowerment or some other process?

January 15, 2013
A Buddhist view of human nature
Next Post

January 19, 2013 The Dalai Lama Hosts Mind and Life (Live Video)
Recent Comments
0 | Leave a Comment
"I've read that borderline persons have a high sense of fairness and BPD is soooo ..."
steven solomon Borderline Personality Disorder and Buddhism (IV)
"I came across this site by accident, It reminded me of a story about two ..."
quacknduck Tourists: Buddha Tattoos are Taboo; as ..."
"eMudhra Limited is a certified body, licensed by the Government of India. eMudhra operates in ..."
Mycaportal Buddhism: Dzogchen and Mahamudra
"folks hav to learn the local laws wen they invade the space"
Joe Biggs Tourists: Buddha Tattoos are Taboo; as ..."
Browse Our Archives
get the latest updates from
American Buddhist Perspectives
and the Patheos
Buddhist
Channel
POPULAR AT PATHEOS Buddhist
1