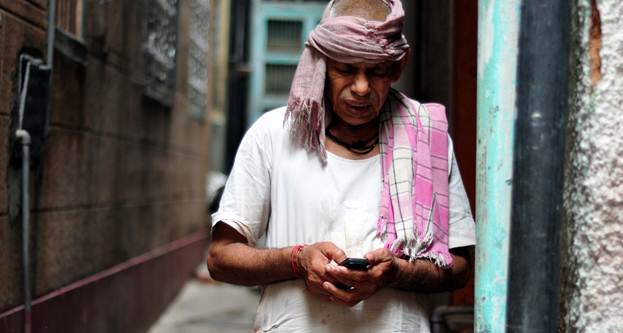 On Monday I had a wonderful evening at an event bringing academia and the community together, featuring none other than my wonderful girlfriend, Ms. Emily Rhodes (and four other speakers). The event was called “Whose street is it, anyway?” and it brought together the Bristol Faculty of Arts and the People’s Republic of Stokes Croft (PRSC, check out their blog), a local neighborhood group fighting to bring control of their area back to the people.

In terms of starting a much needed conversation, the night was perfect. I didn’t jot down names or credentials, but the panel consisted of two men who worked with the PRSC, one as an artistic activist who has been transitioning into academia, and the other as a community organizer, a woman active in the Bristol/Stokes Croft arts scene with a strong anarchist background, Emily, who talked about her PhD in Theology work on Medieval Catholic female saints and her own outreach through the charity, One25, to Bristol’s street based sex workers, and a fellow academic in the History Dept working on public space in Soviet Russia, specifically in Moscow.

So we had artists, activists, a student of medieval saints, communism, anarchism, and pretty much everything in between.

While there were many important topics discussed, the one that caught my ear most prominently was that of technology. It was introduced by the historian as something negative: she spoke of students walking into lamp-posts as they text on their iPhones. Technology can not only distract us from the important things in our life: family, community, taking care of our own health, it can distract us from what is physically right in front of us:

Quite recently a  woman walked right into Lake Michigan while texting away. Another woman walked off a pier in Indiana. “While [she] was definitely embarrassed by the incident, she wants people to understand how texting while walking can be a problem. In an interview with the news affiliate, [she] stated “I couldn’t let pride stand in my way of warning other people to not drive and text or walk and text. It can be dangerous.” And just last month here in England, another woman, while texting, walked into an icy canal.

This is one extreme in technology.

At what point does technology so impact the human person that it fundamentally changes what it means to be a person? Has that point already come and gone? And when we look at what we can do, does can mean ought? Is there a point at which technology so infiltrates personhood that it actually begins to weaken the species? Has technology become fully woven into the story of how humans evolve? Is that good? Is that what we want? (via paperback theology)

In some people’s cases, as in texting while driving, it already has gone too far. It will cost lives. And while we may have a rise in Darwin awards, I’m not sure what, beyond common-sense legislation and, you know, warning other people not to do this, we can do about humanity’s hedonic drive toward constant stimulation.

Then there are the over three billion people in the world who live in less than $2.50/day, and the 5+ billion people living on under $10/day. These are people for whom access to the internet and a cell phone might be a God-send, connecting them with job opportunities, community development services, NGOs, and relatives who otherwise would have been a world away in just the next province or state searching for work of their own.

I think of that man I photographed above, just outside a Jain temple in Old Delhi, India, and I have little worry that technology will be a detriment to his life. In fact I saw this all over India, people making ‘leaps’ in technology – getting internet and a cell phone before they had proper sewage or running water, and from those I spoke with, the benefit was obvious and overwhelming. One used a computer to ensure that his son got the very best education possible, another relied on his mobile phone for rare-but-precious work opportunities. There, people make the best use they can of each bit of technology. This is where our community activists and organizers saw themselves, praising technology as a generally good thing.

This is the other extreme.

One might be tempted to say that the true ‘other extreme’ lies in luddites who oppose new technology completely, but I think that such people are in fact so rare as to not deserve mention.  Or perhaps those ‘uncontacted peoples’ who have no modern technology at all, but again this is too extreme and small a group to merit our attention here, simply because they risk much chance of truly influencing our understanding and use of technology.

The middle way between these two extremes simply involves using the technology we are privileged to have (assuming that nearly all of my readers live on $10/day or more) without losing sight of their function of serving us, vs us serving them.

No piece of technology will be intrinsically good or bad. What will matter is how we use it. It is up to us. This is the Buddha’s message.

Google Glass seems to be the latest piece of technology to elicit both fears and hopes for the future. One story begins, “Call me paranoid, but I think Google Glass is scary.” Another story worries about the power of data extrapolation in the new hardware. Here’s a look at what Google promises:

However, there is hope.

Bodhipaksa, one of my early teachers, has recently suggested that Google Glass could be a tool for Awakening. Specifically, he has contacted Google with three proposals in the hope of getting an early trial pair:

#ifihadglass I would explore how to use it as a mindfulness tool — a way of being intensely in the moment. I would explore ways, in my capacity as a meditation teacher, to harness this new technology to create a more mindful, compassionate, and joyful world.

#ifihadglass it would be to use it as a mindfulness teaching tool, plucking moments of beauty from ordinary life, creating full-immersion audiovisual haikus to share with the world, showing how every moment is a opportunity for experiencing appreciation and wonder.

#ifihadglass I would help create a future where friends and families can be apart and yet together. I would help bring about a new kind of world where geography is overcome by the electronic telepathy of Glass.

That sounds good to me, and I hope to Google as well. It is perfectly within the spirit of harnessing technology for human development, greater wellbeing, greater awareness – all qualities promoted by the Buddha.

March 3, 2013 Quiet Up! A guest post by Robert M Ellis
Recent Comments
0 | Leave a Comment
"Anyone going to point out that your oldest portrayal of buddha... appears to be white... ..."
Scar The oldest datable depiction of the ..."
"This is a thoughtful article. I must admit, after living in crowded Hong Kong, I ..."
Gary Price The Coronavirus is coming – Some ..."
"Well explained. Dholavira is also one of the largest site of Indus Valley civilization. It ..."
Kirti Bajaj Major Sites of the Indus Valley ..."
"Nice write up Justin."
Catalin Newport In Hong Kong, the Bodhisattvas wear ..."
Browse Our Archives
get the latest from
American Buddhist Perspectives
Sign up for our newsletter
POPULAR AT PATHEOS Buddhist
1