Buddhists of the World Unite

The Voice of America reported Wednesday that Buddhists recently met in New Delhi, India with the goal of forming an umbrella organization or voice for Buddhists around the world. In an interview with VOA Wednesday, Lama Lobzang said:

“The main responsibility of our organization is the preservation of Buddhist heritage sites including over 100 Buddhist meditative caves in Indian states such as Gujarat, Maharashtra, and Madhya Pradesh. These ancient Buddhist sites that were previously neglected need to be protected and preserved.”

Earlier this month, Buddhists from 33 countries attended the first International Buddhist Conference in New Delhi and formally launched their umbrella organization, which will arrange pilgrimages to ancient Buddhist sites in India.

Based on my limited experience in India, this could be a very helpful development, bringing an added element of stability to both the communities where these Buddhist sites exist and to devotees on pilgrimage from around the world. I have seen ‘developments’ at some of these sites that began with enthusiasm but very quickly deteriorated into empty buildings in the countryside. While it is possible that a larger organization like this will merely replicate those mistakes on a larger scale, it is more likely that they will be in a better position to learn from past mistakes and devote energy where it would be most beneficial, learning from the many successful Buddhist projects in India representing various branches of the religion.

Thinking toward the future, it would also help to have at least an online database of the various schools, sub-schools, and sub-sub-schools developing over the last 50 or so years, a sort of “who’s who” of Buddhism. Too often Buddhism is treated as one homogeneous lump, filled with peace, meditation, and mantras – and headed by the Dalai Lama. Could one central site with the aim of clearly, academically, and interactively, informing people about the various strands of global Buddhism be of benefit in the world today?

What might it say, for example, about the various “new” branches of Buddhism, such as that promulgated by Buddha Maitreya, based in Lake County, CA? Admittedly, I don’t know much about this guy, but I’ve been around the block enough to know that he’s clearly “out there.” Not many lamas offer Brainwave Optimization or Distance Soul Therapy (for $50 minimum donation).

Alternatively, some “new” branches that have had bad press in the past such as the F.W.B.O. / Triratna Buddhist Community have become mainstream, while other teachers have branched off to form independent groups like the New Kadampa Tradition or Diamond Mountain University – which themselves may be in the process of becoming mainstream.

Unfortunately, many people hear about Buddhism from limited sources and then go to one or another of these groups, not having any idea of their particular practices or past, and take it as “Buddhism.”  And some weird things seem to get introduced as Buddhist in the West, like “Tulku” Steven Seagal:

As an educator I would love to see some central discussion forum for Buddhism and/or Buddhism in the West.

The overly idealistic view a lot of people have of Buddhism is good for Buddhists insofar as it draws them to the “good” Buddhist groups out there (which are the vast majority, imho), but it is horrible for those who wind up with a quack or charlatan skilled in manipulating naive seekers. More easily available information could provide balance that would benefit everyone. Leaders of various traditions could discuss ethical codes that work and those that don’t, treatment for mentally ill practitioners, and diverse ways of preserving traditions while adapting to new circumstances.

Some of this is already happening. Buddhist Geeks, as far as I know, draws people from various traditions. So does the Buddhist Peace Fellowship. There is also the International Association of Buddhist Universities, which regularly hosts Buddhist monastics and educators from around the world to discuss general issues facing Buddhism and the global community. And of course our loose-knit association of bloggers brings issues from particular traditions into the awareness of others. But these are all niches that, important as they are, aim at particular audiences or toward particular activities within the global Buddhist community.

As a Kantian, I see such cosmopolitan organizations as a positive step in global societal development. As imperfect as things like federal governments and the UN are and will be, they still stand as a unifying power that we can appeal to when fringe elements become destructive to themselves and those around them.

When this was posted on the new American Buddhist Perspectives facebook page all of the responses were against such an organization, so I see that I may be the contrarian here to some extent. But that’s a bit of a case for such an organization (and note that what I envision goes beyond what the confederation is currently undertaking).

What are your thoughts, for or against? Can (and should) Buddhists of the world unite? 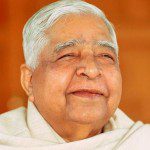 September 30, 2013 Vipassana Meditation teacher and populariser S.N. Goenka passes away
Recent Comments
0 | Leave a Comment
"I've read that borderline persons have a high sense of fairness and BPD is soooo ..."
steven solomon Borderline Personality Disorder and Buddhism (IV)
"I came across this site by accident, It reminded me of a story about two ..."
quacknduck Tourists: Buddha Tattoos are Taboo; as ..."
"eMudhra Limited is a certified body, licensed by the Government of India. eMudhra operates in ..."
Mycaportal Buddhism: Dzogchen and Mahamudra
"folks hav to learn the local laws wen they invade the space"
Joe Biggs Tourists: Buddha Tattoos are Taboo; as ..."
Browse Our Archives
get the latest updates from
American Buddhist Perspectives
and the Patheos
Buddhist
Channel
POPULAR AT PATHEOS Buddhist
1