In blogging, as in academia, and in life, one of the great things we have is the opportunity to have our mistakes pointed out to us and the ability to try to make them right.

First, I should say that the post came together over an 18 or so hour timeline, which is common enough for blog posts. But because our understanding of the situation changed slightly in those hours, the post ended up a bit disjointed. It started with an observation by a Buddhist academic on a list-serve with the title virtually identical to the one I used, “The First American Buddhist Terrorist?”

His post pointed to one of the early reports that the shooter was/might be a Buddhist. That’s all.

So, Monday afternoon/evening I started the post, which would have been something short and sweet citing a couple news reports discussing the possibility that this may be a terrorist act and that the shooter was Buddhist.

Whether or not the act is finally deemed terrorism or whether Alexis had some strange interpretation of some sutta/sutra that he felt might justify his action is yet to be seen. Either way, as a scholar, it’s an interesting question and one that should be asked in the coming days/weeks: can Buddhism condone violence? Have Buddhists used doctrines or texts to condone violence in the past? Could they in the future in instances such as this? I have no definitive answers to those (well, the second one is yes for sure) but these are issue that scholars and, indeed, members of the media and the public, should at least have basic literacy about.

Mental Illness, a.k.a. the Real Issue

But then, with that post and some of the stuff about Buddhism and violence written (about 250 words), it came out that the shooter was probably suffering from mental illness, which is what led into what for me was the most important part of the post: first the critique of meditation pulled out of its context(s) and problems we have with mental health awareness and treatment in our society and in our sanghas.

The last 3/4 of the blog post is about this, as I see it, very important and overlooked issue. As I wrote:

So what does this tell us about Buddhism’s role in the actions of Aaron Alexis? Not much. As with the two Muslim men who killed the British soldier in London last May (see Buddhism, Islam, and a serious talk about fundamentalism) other factors are clearly more important than religion. The role that Buddhism played is, if anything, a diversion from other issues, specifically Alexis’s mental illness…

And a call for empathy and thoughts toward a solution:

If knowing that the shooter was a Buddhist allows us to empathize just a tiny bit more with him, all the better. It is too easy to dehumanize him, to other-ize him in ways that conveniently leave us disconnected from his actions. But while I may have some connection with him through his religion, I find a much easier wellspring of empathy when I see him as a traumatized young(ish) man trying to get by in America, a nation that leads the world in mental illness but lags far behind in help for those who are ill.

Yes, let’s talk about Mental Illness issues in America and our Sanghas!

Or no, let’s not. Let’s follow Melvin McLeod, Editor-in-Chief of the Shambhala Sun and Buddhadharma magazines, in excluding Alexis from Buddhism based on his actions. He writes, “when it comes down to it, he wasn’t a Buddhist, no matter what he called himself. If he really were, he couldn’t have done this.” (bold is mine) Scholars have had different ideas about how to define a Buddhist, especially in the West, but for now Charles Prebish’s definition of anyone who self-identifies as a Buddhist is widely accepted. Prebish writes in his latest book on American Buddhism:

My solution in 1979 tried to simplify the problem as much as possible. I am convinced that it remains correct and workable today, although some additional problems can now be noted, as we shall shortly see. If we define a Buddhist as someone who says “I am a Buddhist,” when questioned about their most important pursuit, we not only abandon our attachment to ritual formulas like the three jewels or five vows of the laity, that are neither workable nor even uniformly followed, but we also provide more than a little freedom for American Buddhist groups – a freedom in which they can develop a procedure that is consistent with their own self- image and mission. In other words, what appears initially as an outrageously simplistic definition of Buddhist affiliation serves the double purpose of providing a new standard and a simple method of professing Buddhist commitment while at the same time imposing a renewed sense of seriousness on all Buddhist groups. It also acknowledges that not all of these “self-styled Buddhists” necessarily join Buddhist communities. Some might practice their entire lives in isolation as solitary Buddhists. Equally, it doesn’t suppose to judge or evaluate the quality of an individual’s religious membership in a specific Buddhist community or even their commitment to the Buddhist tradition. These latter points, though, do have profound implications for an individual’s Buddhist practice, as we will see in the chapter on Buddhist practice.

Buddhists themselves, however, will often debate the limits of right-practice and right-views, which is perhaps what McLeod is engaged in along with Karen Maezen Miller, another Buddhist teacher, who simply comments “Amen” to his short piece. This is common in all major religions, the claim that one must do x or believe y to be a “true” member. It can take the form of an ad hoc and even has a name on the list of logical fallacies: the “No True Scotsman” as Bodhipaksa pointed out in his piece on the tragedy.

Sadly, most of the comments I’ve read didn’t heed Bodhipaksa’s advice or, it seems, read beyond the title and first couple hundred words of my post.

A last note: we (bloggers and scholars alike) do talk about “Buddhist rappers” and “Buddhist actors” and even that “Buddhist golfer” (some of this does filter ‘up’ into academic articles/books) – both when they’re doing things we applaud and when they are not. Should it be different when we find out that a mass-killer is a Buddhist?

I realize (now more than before, certainly!) that this is a hot-button topic for many Buddhists. One of my friends, who earned her Ph.D. a few years ago commented regarding Danny Fisher’s recent piece, Misogyny and Sexual Assault are Still Missing Links in Conversations about Sangha Scandals, to the effect that many convert Western Buddhists see their newly chosen practice as not just better than, say, Christianity, but in some sense perfect, thus leading to all manner of rationalizations whenever all-too-human problems rear their ugly heads.

Or, deal with it. Alexis by all means seems to have been a Buddhist. A Buddhist who had a mental illness and did something terrible. Joshua Eaton’s tweets (reposted here) are especially prescient in this regard:

So… Can we talk about how we deal with mental illness now?
Previous Post 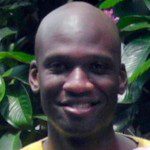 September 20, 2013 Tegan and Sara "Closer" with Dogs (including Pug)
Recent Comments
0 | Leave a Comment
Browse Our Archives
Follow Us!