This is the question again, raised by the renowned philosopher Michael McGhee for the UK’s Guardian newspaper. The short article is set to be the start of a series on the topic, so we can look forward to further installments in the days to come.

Today’s article rehearses some of the issues we’ve seen raised in the news and among bloggers lately, namely the decontextualization of Buddhist practices, rebranded as “mindfulness” and sold to people free of “religion.” However, McGhee does want to distinguish between:

But it is one thing to seek to liberate Buddhist practice from unsustainable or unbelievable worldviews and another to reduce it to a mere technique, even one that is therapeutic. The usual culprit is the calming technique that makes it easier to carry out the bombing run or makes one a more sharply predatory capitalist. The reason one might want to say that meditation has been reduced to a technique is that it has lost its essential rootedness as a practice of ethical preparation.

This last bit is important.

But first it is worth noting that #1 is happening, though just how much, where, and when is a contentious topic. You can listen to me and some amazing scholars discussing certain aspects of Buddhism in the West with Ted Meissner here. Some of that contentiousness that I have seen – and this seems to be from practitioners/bloggers more so than from academics – is found in the argument that #1 is not happening and can not happen: that any authentic Buddhism will always be in Asia and the best that Westerners can do is to mimic that as much as possible.

Returning to the practice’s “rootedness as a practice of ethical preparation” (that’s a mouthful). This is a bit different from the usual approach, which discusses ethics as preparatory to mindfulness, which is in turn preparatory to wisdom, the old sila, samadhi, panna 3-fold path. What McGhee seems to be saying is that practices such as meditation are themselves ethical preparation. For what? For a life lived wisely.

What dictates what wisely means? The broader, living tradition with all of its ceremonies, rituals, and community. This is what McGhee sees being lost when we try to move Buddhism out of the category of religion. Thus, the growing wariness of “teachers” offering mindfulness under various logos and trademarks as a stand-alone tool to help people work harder, get richer, and feel better about themselves is entirely appropriate.

More positively, though, thinking of Buddhism as a philosophy brings it into dialogue with the ancient conception of philosophy, one of whose essential components was precisely what was called spiritual practice or exercise, the various ways in which one is able to liberate oneself from illusion and make oneself better capable of ethical action and, of course, the ethical refusal to act. It is worth noting that the ancient philosophers tried to live in communities and one can think of a philosophical community, whether instantiated in a Christian congregation, a Buddhist sangha, a humanist group, as serving to protect and support the conditions for that undeluded perception of the world from which issues moral action.

Buddhism as a philosophy in dialogue with ancient Western philosophy? This is another one of those areas of contention in the modern academy. Some like to toss around ideas of incommensurability, as if the languages of each side make communication ultimately impossible. However, as has always and will always be the case, language is in flux. Two systems of thought, each using its own language, when brought together, will borrow from one another, adapt, adopt, change, etc.

There is a growing interest on the part of professional philosophers to hear what light can be shed on “Western” problems by shifting to the religious, theoretical, metaphysical (etc) frameworks of the East. We are also seeing more holes punched in the “East vs West” paradigm that has dominated Western academia for the last 500 years.

In light of these developments, treating Buddhism as a philosophy – to be engaged with philosophically in dialogue as McGhee suggests – is an exciting new prospect for the twenty-first century. Articles, dissertations, and books are being written now on topics such as free will and theoretical ethics, the philosophies of logic and language, as well as environmental and bioethics, all utilizing the theoretical tools of non-Western traditions to open new windows of possibility in what many see as dusty old rooms of the same old thought turned over again and again for 2500 years; all in the name of comparative philosophy and comparative religions.

See also: What is Buddhism? – on the importance of academics understanding students’ preconceptions of religions as we teach them and perhaps even using those preconceptions as teaching tools. And What does Buddhism in America Mean to You? – covering Purser and Loy’s excellent summer article on Mindfulness along with a Tibetan Buddhist’s rejection of “Scientific Buddhism.” And for an amazing – still relevant after 18 years – paper on the topic of meditation as an ethical activity see the (free!) paper over at the Journal of Buddhist Ethics – here. 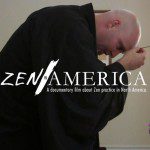 October 6, 2013
Zen in America, a Documentary - an interview with Adam Kō Shin Tebbe
Next Post

October 8, 2013 Tibetan Buddhist teacher Chöje Akong Rinpoche reportedly assassinated in China
Recent Comments
0 | Leave a Comment
"https://www.theguardian.com..."
Donalbain Vaccines, Pharmaceutical Companies and the CDC
"I've read that borderline persons have a high sense of fairness and BPD is soooo ..."
steven solomon Borderline Personality Disorder and Buddhism (IV)
"I came across this site by accident, It reminded me of a story about two ..."
quacknduck Tourists: Buddha Tattoos are Taboo; as ..."
"eMudhra Limited is a certified body, licensed by the Government of India. eMudhra operates in ..."
Mycaportal Buddhism: Dzogchen and Mahamudra
Browse Our Archives
Related posts from American Buddhist Perspectives