Broncos for the win! a guest post by James Ure

If you live in the United States, you know that “Super Bowl Sunday” is practically a religious holiday. It’s inescapable. As Buddhists, it’s easy to dismiss the American football championship game as “superficial” and “violent” but there is a place for sports in Buddhism. Modern sports developed out of the gladiator fights of the Roman Empire. The emperors used them to distract the public from government malfeasance, but the gladiator battles required the loser to be killed. Yikes! Thankfully, sports today are non-lethal but still act as “release valves” for society. But, is American football too “violent” for Buddhists?

Consider this: The Sanskrit definition of non-violence literally means, “non-injury.” The intention of American football isn’t to “injure” the other player(s) but rather score points. Sometimes, players do get injured but injuries and violence is not the point of the game. Any player who even attempts to purposefully injure another player is immediately ejected from the game. Offending players are often fined and/or suspended from play for many games. To believe that American football causes intentional violence to others is to also say that accidentally tripping-up a friend while engaging in a foot-race for entertainment is to engage in violence.

If you still think American football is “Un-Buddhist” do you feel the same way about Kung Fu? It is a very physical method of self-defense said to have been created by Bodhidharma, the founder of Zen Buddhism, himself. Today it is even practiced as a competitive sport! Let us also remember that physical injury isn’t the only form of violence. Too often verbal violence goes ignored, or even encouraged.

If you do decide to watch the Super Bowl on February 2nd, let me give you some reasons to cheer for my Denver Broncos—instead of the Seattle Seahawks:

1). The Color Orange: The signature color for the Denver Broncos is orange, which is also a very sacred color to Buddhism. Legend says that Buddha’s robes were saffron orange in color. In Theravada Buddhism, which is the oldest form of the Asian religion, the monks wear orange robes in honor of him.

2). Dharma City: According to Dhamma Wiki, the city of Boulder, Colorado (which is in the Denver metro-area) is home to 19 Dhamma / Dharma Centers–for a population of 97,385 people that works out to one Dhamma center for every 5,100 people, a very high ratio of Dhamma centers, compared to the average, in a non-Buddhist country. This ratio may be the highest, most Buddhist of any city in America.

3). Shambhala Mountain Center:   Founded in 1971 by Chogyam Trungpa Rinpoche. This Tibetan Buddhist sanctuary nestled in the tranquil cradle of the Rocky Mountains near Red Feather Lakes, Colorado is the ideal retreat to recalibrate the mind, deepen your meditation practice and find inspiration from wonderful classes. Do not miss the Great Stupa of Dharmakaya, which is one of the most significant examples of Tibetan Buddhist architecture in United States.

4). Naropa University: Colorado is home to one of the only Buddhist-inspired universities in the United States. Naropa University was founded in the college-town of Boulder, Colorado in 1974 by the revered Tibetan Buddhist teacher/scholar, Chogyam Trungpa Rinpoche. It attracts students from around the globe–and “Free Tibet” bumper stickers are plastered all around the famous mountain, hippie-town. 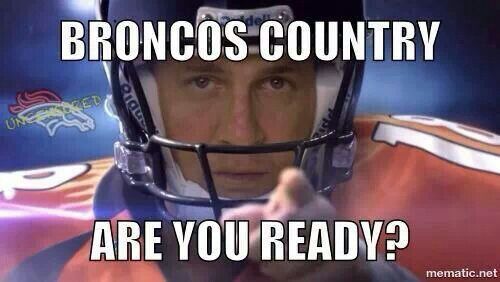 James Ure is a Colorado native and writer at “The Buddhist Blog” www.thebuddhistblog.blogspot.com. James is a Zen Buddhist in the tradition of Vietnamese Zen Master Thich Nhat Hanh and a student of multiple Buddhist traditions as well as Taoism and Secular Humanism. James is a nature lover and lives with Schizo-Affective Disorder.  As he writes, his blog is “one traveler’s footprints and nothing more. I am not a Buddhist teacher. This blog is a journal of my humble travels as I try to follow the middle path of Buddhism. Take my hand and walk with me for awhile.” James has a university degree in U.S. History with a special emphasis in African history, as well as a minor in World Geography.

As a small editorial note, I (Justin) should add that I’ve known James via the Buddhoblogosphere for at least 8 years now; and we were introduced by the great Tom Armstrong, who now blogs for Sacramento Homeless. I have always been impressed with James’ openness and depth of practice, and I am grateful to him and to Tom for everything they have done over the years for the Buddhoblogosphere community. After this post I dare say “Go Broncos!” – but let’s wait and see what else comes in…

See my earlier post with details on submitting your own Op-Ed here. 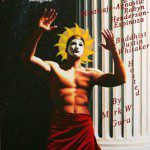 January 30, 2014
The Future or Death of Religion: an Interfaith Discussion
Next Post 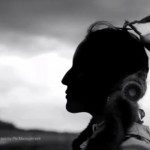 February 1, 2014 The BEST Super Bowl commercial won't actually be on during the game
Recent Comments
0 | Leave a Comment
Browse Our Archives
Follow Us! 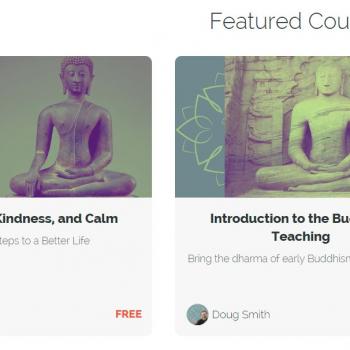