The effectiveness of Meditation, a meta-analysis

This week the US Agency for Healthcare Research and Quality (AHRQ) released a massive meta-analysis on the effectiveness of meditation (variously defined) for a number of healthcare applications. While most news articles point you to the JAMA (subscriber only) link, you can read the entire study for free here (.pdf).

The conclusion of the study will not surprise those who have studied or practiced meditation for any length of time: meditation is a mixed-bag, in terms of definitions, applications, and outcomes. The generalization that meditation is basically a good thing, is supported by the study. However, the truism that meditation doesn’t help with everything is also clearly reinforced. As the authors state in their brief abstract of the 400+ page paper:

Of course you might not guess this based on many of the headlines out there, which stressed the positive outcomes of meditation:

Only one headline that I came across suggested any sort of limitation of meditation practice:

Unfortunately the study is written in relatively steep psychological jargon, leaving non-experts like myself puzzled by phrases like “The strength of evidence is low that mantra meditation programs have no effect on stress when compared with a nonspecific active control.” (p.70) Why use the negative? What is the strength of evidence that mantra meditation programs have SOME (or HIGH) effect on stress…?

In short, though, there were some significant positive results found in the studies analysed. So an overall positive outlook on meditation is justified. However, any over-generalization of these positive effects is sloppy at best. While there was no reported harm from any of the meditation studies (not all of them assessed harm), there is a growing body of anecdotal evidence that at least some people should not meditate, and certainly not as a substitute for proven psychiatric or pain treatment methods. 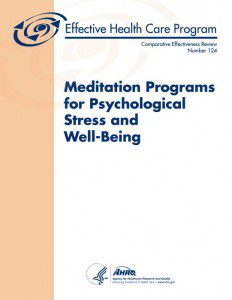 Further discussing their results, the authors cautioned that “Due to the limited number of trials we reported, one should view these conclusions cautiously within the context of the particular population studied, type of meditation program used, and type of comparison used.”

Regarding pain relief, long noted as a benefit of Jon Kabat-Zinn’s MBSR, the study noted that “nearly all of the studies assessing pain focused on musculoskeletal pain populations. None assessed neuropathic pain, and only one assessed a visceral pain.” So while MBSR is rightly said to relieve certain types of pain, it would be irresponsible to suggest that there is good evidence that meditation, in general, or even MBSR specifically, can alleviate or reduce all forms of pain.

Like many studies filtering though often under-staffed publications these days and into blogs and social media, the best thing you can do is take any bold claims with some caution, even (or especially) when they support your existing beliefs. Second, do what you can to get to the source of the information rather than relying on hearsay. If you’re a Western Buddhist you’ll know that the Buddha advised just this in the Kalama Sutta. 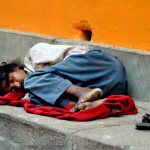 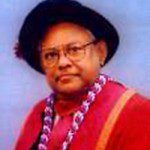