As per a request on twitter, I’m reposting this with the hopes of driving the petition over 5000 (it needs just 239 more as of now): In May, Ajahn Brahm, one of the world’s best known Theravadin monks, was scheduled to give a talk on gender equality (and lack thereof) in Buddhism in Vietnam at the annual UN Day of Vesak conference. However, at the last minute his talk was canceled. Here Ajahn Brahm talks about why:

Now you can sign a petition, launched today in the UK, asking the UNDV conference to allow his talk to be given next year. According to the petition site at Avaaz:

We, the undersigned, are astounded and deeply disappointed by the banning of Ajahn Brahm’s paper on gender equality at the 2014 United Nations Day of Vesak (UNDV) conference in Vietnam. The paper was clearly aligned with the UN’s Millennium Development Goal 3 (Promote Gender Equality and Empower Women), which the UNDV is committed to uphold through its connection with the UN. Moreover, Ajahn Brahm’s paper had already been approved for presentation when it was suddenly banned the day before its scheduled presentation. We value free and open dialogue. We therefore ask that the UNDV, in accordance with Millennium Development Goal 3, promotes dialogue about the participation of women in contemporary Theravada Buddhism by inviting Ajahn Brahm to publicly present his gender equality paper at the next UNDV conference in 2015. Click HERE to sign.

Read more about the ban and subsequent reactions around the world over at Danny Fisher’s blog here.
Translations of the petition into Chinese, Thai and Sinhala are available at petition2014.org. 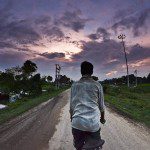 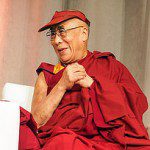 October 1, 2014 BREAKING: World Summit of Nobel Peace Laureates canceled after the Dalai Lama's visa refusal
Recent Comments
0 | Leave a Comment
"Anyone going to point out that your oldest portrayal of buddha... appears to be white... ..."
Scar The oldest datable depiction of the ..."
"This is a thoughtful article. I must admit, after living in crowded Hong Kong, I ..."
Gary Price The Coronavirus is coming – Some ..."
"Well explained. Dholavira is also one of the largest site of Indus Valley civilization. It ..."
Kirti Bajaj Major Sites of the Indus Valley ..."
"Nice write up Justin."
Catalin Newport In Hong Kong, the Bodhisattvas wear ..."
Browse Our Archives
get the latest from
American Buddhist Perspectives
Sign up for our newsletter